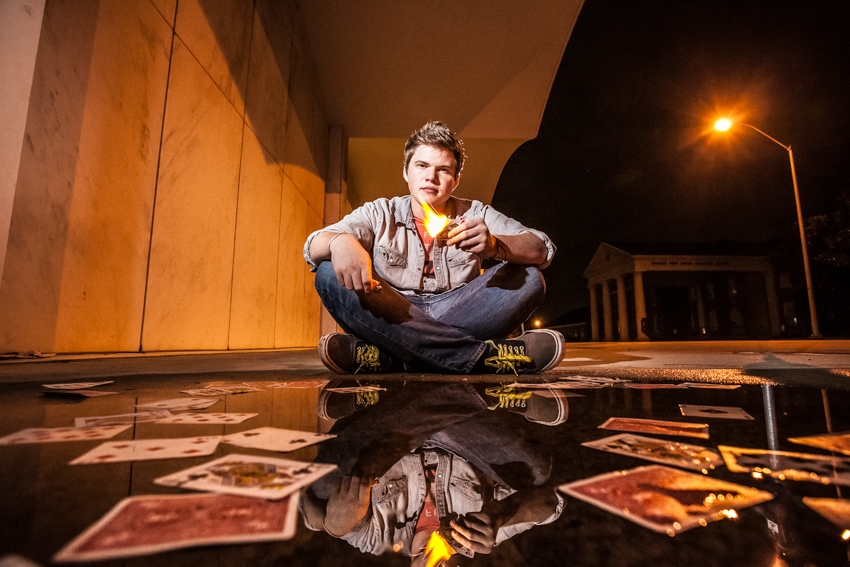 "My 23 year old cousin recently graduated from college. Like all recent college grads, he's trying to figure out where to go in life. He has found a talent in magic and instead of getting a part time job just to pay the bills, he's beginning to tour the southeast playing small to mid-sized venues. I'm really proud of him and when he called me to shoot for new promos he's putting out, I was happy to oblige.

It was a last minute shoot, so I didn't have all of my gear with me but I knew well enough to bring two speedlites and stands (One Canon 580 EX on a Pocketwizard off to the left and one LumoPro 180 directly behind him). I saw the puddle and knew I wanted to shoot into it. We had been throwing his playing cards around and they all were wet, but luckily he had some flash paper to get that great fireball on the paper!"- Alex Arnett