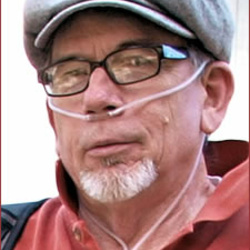 I'm an old guy with lung disease. I got 1 foot in the grave (dot com) and the other foot ain't ready yet. I shoot Feather River Country mostly, and then only so far as I can stay connected to an oxygen tank. My first serious interest in photography came in the early 80s, but drugs were more important, apparently (to me). But even after getting sober, work, relationships and continued sobriety kept me focused on those things and photography took a back seat - way in the back.

In 2014, I broke my only camera, a cheap P&S. I really wanted to get a photo of that - whatever it was - so I bought another, higher end P&S. I loved the result, but wanted better. In the space of a few months, I went from P&S to a Nikon D810, from Corel Paintshop Pro to Adobe Creative Cloud. I make pictures as often as my health will allow.

I don't claim to be a professional, although back in the 80s I did some weddings and glamour and had a few pictures published in local news rags. In the 90s and early oughts, I did a couple flooring how-tos for trade magazines (I was in the flooring biz for 35 yrs). Since my renewed interest in 2014, I have been published in a local newspaper, got a full-page photo in an international magazine, won some ribbons in a regional contest and have some photos on public display as window shades in a shopping center. I love making photographs. It never feels like work.