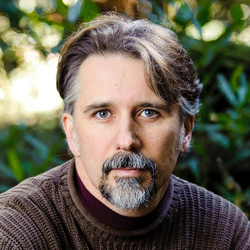 Lance Keimig
Night Photography: Finding Your Way In The Dark
0

Lance Keimig is best known for his night photographs, which are often made at the juncture of the built and natural environments. His book, Night Photography- Finding Your Way In The Dark was published by Focal Press in August of 2010, and has been translated into 6 languages. A revised and expanded second edition was published in July of 2015. He is the curator of Darkness, Darkness, a traveling exhibit of Night Photography that opened at Harvard University’s Three Columns Gallery where Keimig was curator from 2005-2010.

He has taught at the New England School of Photography in Boston at Keimig since 2000, and has also taught at the School of the Museum of Fine Arts in Boston, The Photographic Resource Center at Boston University, The Houston Center for Photography, Rayko Photo Center, and the Texas and Rhode Island Photographer’s Societies. Since 1998, Keimig has organized and taught independent night photography and light painting workshops around the country, and he also leads photo tours to Iceland, Ireland, Scotland, and Cuba.

His work has taken him to such far flung places as Zimbabwe where he did documentary photography for a medical mission, the Philippines to photograph a museum collection, and Japan where he photographed Buddhist temples.  His photographs are held in numerous collections including The Art Complex Museum In Duxbury, MA, The Boston Athenaeum, The Boston Public Library, and the The Grace Museum in Abilene, TX