While traveling, photographers need a lot of things. A hard-drive, preferably two, a laptop, a camera, memory cards, external batteries, can't forget lenses, tripods, if you're a landscape photographer you likely need filters too, and if you are Lee and Patrick shooting the next Photographing the World, you also need a router to turn wired internet into wireless internet for the crew and hook up to a switch for your NAS. The RAVPower FileHub is here to save you pounds and pounds of weight in your bag and make your life simpler. There are three main things that the FileHub does and they are:

The FileHub works as a router in three modes. As a regular router, an access point to turn a wired connection into a wireless one, and lastly as a bridge to turn an existing Wi-Fi network into a new wireless signal, which helps improve security and can help with saving money in, say, hotels.

Personally, I don't see myself using this feature as most places I'm in have WiFi and I use a VPN, but for places with only wired internet this is a great way to add extra devices to the network when there is only one Ethernet port in the room.

On top of being a Router, and a way to transfer files between devices and SD cards, the device is also a battery! It has approximately 6 700mAh of juice in it, allowing you to easily charge your phone, or not worry about running out of juice while transferring files. I do wish the device was a little bigger with, say, 10 000 mAh but but that's just me being a greedy beggar! I understand they are trying to keep it light and portable but I feel like if it had just a bit more juice I'd be more likely to feel safe taking the RAVPower without a second battery as well for a backup.

The ports for USB-A, Micro-USB power in, and Ethernet, are covered by a nice rubber cover however I find that the rubber goes too deep into the ports making my nail-chewing self have a difficult time opening it.

The RAVPower FileHub's star attraction is, well, the file hub. If you are going out on a shoot and don't want to bring your big laptop, you can bring a tablet and transfer files wirelessly with the FileHub in router mode, or just bring a hard-drive and transfer to it directly from your SD card, however the latter can be a little slow as the USB port is not USB 3.0 and it took me a minute to realize that it can be faster to use wireless transfer than it is to do fully wired. When it comes down to brass tacks, it just depends on if you want to bring something like a Surface Go as a wireless intermediary, or just take an SSD and the RAVPower alone. The SD card reader built into the device is such a great idea, and not something I've seen a whole lot of.

On top of this, if you have the device set up with an SD card inside, up to five devices can hook up and look at the media stored on the SD card, this is fantastic for on-the-go file management, allowing your DMT to back up, check files, and share them with the client immediately or upload to an off-site FTP.

The FileHub can work with a one-button operation, just press the "SD>USB" button to immediately transfer everything from the SD Card to a USB drive into a folder called SDBackup, with a new folder for each card. If you have a phone or tablet on set, you can log into the FileHub's local wifi network and put the images into specific folders on your hard drive for more fine-tuned control of your file management which is always appreciated.

As you can see, the RAVPower has a simple, plastic, design

In conclusion, the RAVPower FileHub is good at a lot of things but it is missing that one thing that it does extremely well, however I think for once, that's okay. I feel like it is a file-transfer hub first (Hence the name FileHub) and they realized they needed WiFi so RAVpower said "Oh! Let's add a router!"

Next they realized they needed it to be battery powered and they said "Let's make it a battery too!" — I'm not saying this is how the product development went but it's definitely plausible, and I've been looking like a device like this for a long time. I would pay upwards of 600 dollars for a device that is essentially this but with a 2TB m.2 drive built in for even easier backups, but I can just Velcro a spare drive to it and get more or less the same thing!

Some of the many devices that the RAVPower can interconnect with

What do you think of the RAVPower FileHub? Are you going to pick one up? Why or why not? Sound off below. 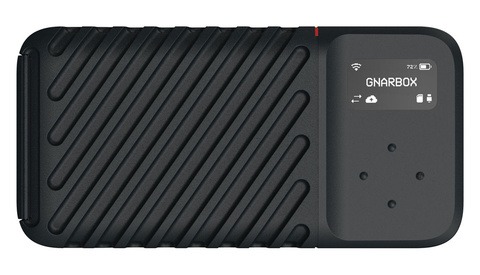 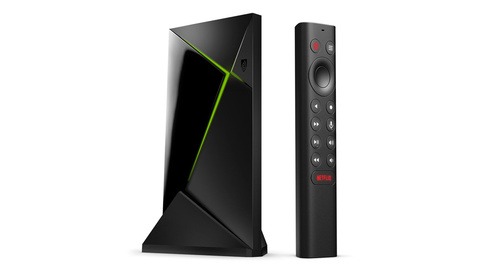 I own the previous model, combine with a 4T external and I don't need a laptop around for backup. SW interface is a little clunky, but it gets the job done. Router functions very useful also, especially for places with no WIFI, but have wired Ethernet (still common in places outside the US).

Based on their amazon description, this doesn't seem to be a very high quality piece of kit...

As amazing as Android phone, but without screen?

The lack of USB-C and USB 3 rule it out for me and make it and its developers seem out of touch and years behind.

Have one and love it as I backup my RAW files from a nikon Z6 to a 256 GB SD card in the file hub (lot cheaper than 256GB XQD card in Nikon camera). Plus the battery works perfectly to import into Iphone with lightning cable attached XQD card reader. Two big things in my travel photography workflow :)

I bought the previous model so I could backup my iPhone and GoPro onto an external hard drive on my last trip to Europe. I thought it would be a neat way to empty my iPhone & SD cards every night so I wouldn't run out of space.

But I was really sad when I came back and realized their FileHub Plus iOS app was only backing up .jpg files but not the corresponding .dng files. I had bought it specifically because I knew I would be taking raw pictures with my iPhone, and would likely run out of space before the end of the trip.

I wrote to their support team and the replied "we are so sorry we don't the plan to add support for DNG files in our FileHub Plus iOS application at present". They did refund me my purchase, but that didn't bring back my pictures.

“ … it is missing that one thing that it does extremely well, however … ”?

I have no idea what that means.