The topic of Instagram shadow banning users has been a hot topic for the last couple weeks. Some people think it’s a real thing while others don't. The problem is that there was no way to actually prove its existence or to even see if you were affected — until now.

The general idea behind the shadow ban is that everything you do and see within Intagram looks normal. When you click a hashtag that you have recently used, you can clearly see your image as you would expect. But if you are shadow banned, when a user that does not follow scrolls through the same hashtag feed, they won't see your image at all. What this means is that you will not be able to develop any new followers through the discovery process using hashtags.

Using this new shadow ban analyzer site, you can enter the link to a specific image on your feed and see if it’s shadow banned. The way it works is that it simply searches the list of hashtags you have for the image and sees if your picture shows up in the feed. While this seems to be convincing proof that the shadow ban is real, some people still believe that it’s simply an error with hashtags caused by all the algorithm changes being done by Instagram. Either way though, something is definitely wrong with the hashtag system. 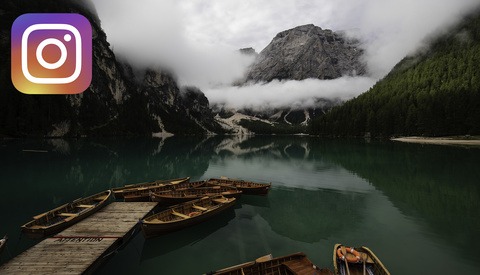 Opinion / February 15, 2021
Finding a Healthy Approach To Instagram as Photographers

Three accounts are safe! Thanks for the article and link....

I'm not sure about this site. I ran a number of my images through it and it suggested that my recent images were all effected by the shadow ban but between those images and the ones before the ban (supposedly) took affect on my account, I've seen no drop in likes. Most of my likes seem to come from people who are not following me and I'm regularly gaining new followers after posting so I'm getting my organic reach from somewhere.

I've had the same experience. I posted them in comments to keep it clean but that doesn't seem to work anymore so I'll just have to post them in the Captitions now instead as that seems to work.

I always post hashtags in the first comment and none of my images appear to be banned (at least the ones I have checked).

I do this on all my images and and mine are safe.

I'm suspicious that this site just measures whether you have put hashtags in your comments...

Sorry I don't understand why you are suspicious. The site just does a simple search for your image using all the hashtags you used and reports back if it found it/didn't find it. Not finding it = shadowbanned.

I'm suspicious because no matter what combo I try it's only ever hashtags in the first comment, and not ones in the text of the post itself that seem to be an issue.

yeah it says my post is banned but it's not. 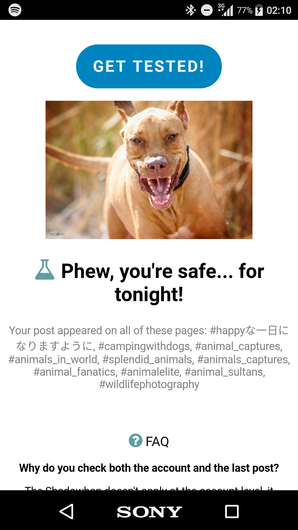 the so-called new shadow ban analyzer site is fake, i tested i indicates my images are banned and they guarantee 100% accuracy, well my images are visible when searched the hashtag, see images I attached. 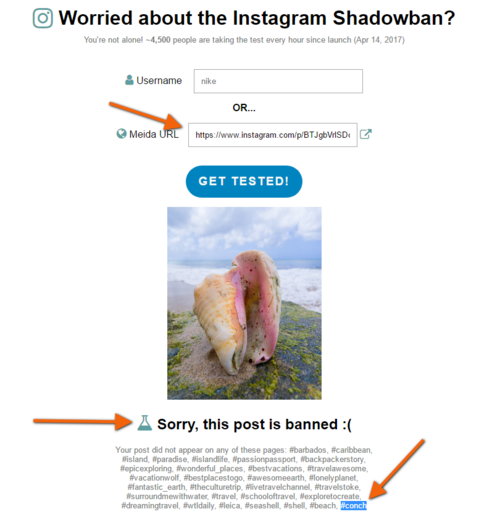 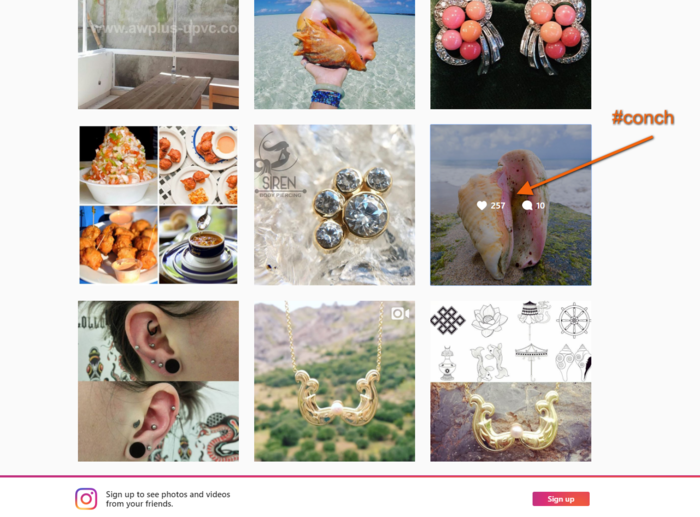 I have just went through this article. just though of sharing it with you guys. if it helps
http://www.rockingbhootni.com/2017/04/instagram-shadowban-and-workaround/