It wasn’t until English photographer Tommy Clarke wound up living in Australia, shooting fashion photography that he didn’t feel complacent with, that he decided to venture into landscape work. Since then, he’s found his niche in aerial photography, and recently unveiled his surreal abstract shots of Holland’s Tulip fields.

Around seven or eight years ago, Clarke found himself craving a different type of photography. Left dissatisfied with his fashion work, and spoiled for choice with beautiful landscape while living in Sydney, Australia, he tried shooting the scenes surrounding him, and was soon hooked. But even then he wanted more. “A different angle, something a bit new,” he recalled.

He started with Bondi Beach, drawn to the colorful surfboards, but since then has traveled the globe for various projects. But despite the uprising of drones and their mass-marketability, Clarke has never once used one, persisting in the old school method of shooting from helicopters instead. Making light of his preference, he joked, “Lots of people get addicted [to aerial photography] — most in a more affordable way than I chose to do it.”

This particular project, aptly titled “Tulips,” has been some three years in the making. It required a high degree of precision, with Clarke waiting for a number of factors to align. The biggest hurdle was the small window of opportunity for shooting the tulips; they only bloom for four to five weeks of the year. Aligning his other work and travel commitments with both blossoming season and the helicopter pilot’s availability also proved tricky.

Checking the weather on Monday morning to find the Wednesday of that week was due to be clear, Clarke and his assistant flew out mid-week, taking to the skies with his Nikon D800E and shooting the series of images, before returning back to his native London all in the same day.

The fields, located in the region just Southwest of Amsterdam, feature tulips of various bright colors, growing in different sequences. “The aim was to get a series of photos that would, at first glance, have a real abstract feel to them, so ideally you wouldn’t know what you’re looking at when you first look at one of the photos,” said Clarke. Planning was key; with so many variables, the team wanted to leave as little as possible to chance.

Clarke wanted lots of color, and natural colors at that. Conscious the fields were part of a farm, he decided the less manmade structures that featured within the images, the better. As for any obstacles on the day, he revealed that at times he had to navigate around farmers who were driving tractors through the fields. The shoot was taking place towards the end of the season, and the heads of the tulips get cut and the bulbs taken, so in some of the images you can see the guys with tractors going through lines of tulips. His weapon of choice was the AF-S Nikkor 70-200mm F/2.8G ED VR II, ideal for images with no distortion while zooming to compensate for the height he was flying at.

The result is the set of images you see here, featuring an array of colors and remarkable patterns. To see the full series, check out Clarke's website. 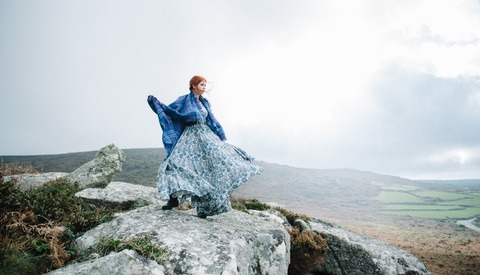 Featured Artists / May 19, 2018
Can You Become a Successful Fashion and Brand Photographer in a Small Town? 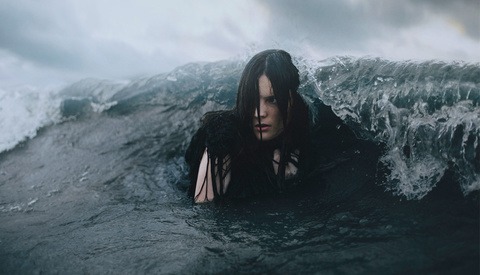 Featured Artists / June 1, 2017
20-Year-Old Visual Storyteller Will Bring You Back to Your Youth

“For those who like that sort of thing," said Miss Brodie in her best Edinburgh voice, "That is the sort of thing they like.” ~ Muriel Spark

I like that he kept the imperfections in the fields.
I never think about buying a drone until I see photos like these.
Thanks for sharing.