What Are the Best Settings for Drone Photography?

In this article, I'm going to go through the settings I use to get the best results from my drone photography. These settings can be applied to all DJI drones, Phantom 3, Phantom 4, Mavic, and Inspire, as long as you use the DJI app or Litchi. Let me fly through the basic stuff.

I know you've heard it a million times before, but you must shoot in raw.

You'd be surprised to see how many people leave the camera on their drone with the JPG settings and wonder why their pictures don't look better when they start editing them. I'm not stopping anyone from shooting raw plus JPEG, but you are just slowing down your camera and taking more space on Lightroom for no good reason. Taking raw files is critical if you want to retain as much information as possible on your pictures to allow you more freedom and control when the editing comes.

The main difference I've found between shooting with a drone and a "terrestrial" camera is battery time. Once it's up in the air, you've got more or less 20 minutes to get your shots. As opposed to a normal camera where you can spend hours tweaking everything until you are 100 percent satisfied. It means you have to compromise and that's the reason I leave a lot of the settings on Auto, 90 percent of the time. Time spent changing settings, fiddling with the menu, is time lost taking shots.

Now that's out of the way, I'll share with you the settings I use for two different situations.

I'll always shoot in AEB, three or five bracketed images to guarantee I capture the entire dynamic range of a scene (basically all the information from dark to bright). I leave it on auto for the most part, unless I'm shooting into the sun, which I don't recommend doing anyway, as the sensors in most drones aren't capable of handling that well and you end up with a big white stain on your images. The exception to that is during sunset or sunrise, where the sun's light is still soft. 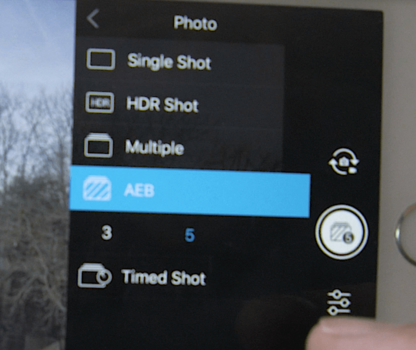 White balance: I leave in auto as well. Same as the point from before, I don't want to have to change this while I'm flying. As I'm shooting in raw, this can be easily changed in Lightroom (again during daytime only).

I own a Phantom 4 with a fixed aperture of 2.8, but I've been told the sharpest aperture for the P4P is f/5.6 (I'd make sure I turn on the peak focusing as well).

A mistake I used to make is to leave the color settings in D-log, which is what I record my movies with. But that's bad for photography. Why? Although it doesn't affect the actual raw file you will end up with, it affects the image on the screen and gives you a very flat image. It can then become really hard to see what you are trying to take a picture of. So I've switched to true color which gives me a much better indication on the screen of what the final images will look like.

There's something you need to know about DJI drones, is that when you leave automated bracketing on and your shutter speed starts flirting with the 1/100 or 1/60s of a second, it will not decrease the shutter speed any further, but will instead bump your ISO without you realizing. Which is all fine and good until you go home with pictures that are too noisy to use.

So you have to make a choice, and that choice boils down to how windy it is.

If it's windy, you want to have as little time in between the five bracketed shots you are going to take as the drone will move a few inches between each shots, effectively making it impossible to stitch them together in post. So in windy situations (even a little breeze will make it move), I keep it in auto to make sure the pictures are taken rapidly. I will, however, when shooting against the sun, start from -1 EV as to protect the highlights and have the whole dynamic range in the sky.

If it's not windy, I will switch to manual mode.

Here I will manually bracket using the histogram, going from dark to bright, trying to keep the entire sequence to five pictures. So I'm 100 percent confident I've got the whole dynamic range of the scene when I go home and don't end up disappointed as if your highlights are burned, there is no magic trick in Photoshop that's going to give them back to you.

Most DJI drones can handle one to two seconds long exposure fairly easily, without wind. Some have had success with longer exposures but I try not to go over two seconds, preferring to stick to one seconds. Obviously, there are situations where to keep that ISO to one second you will have to bump your ISO to 200 or 400, even 800, but the price will be super noisy images. But you get rid of a good part of that noise in post yet it is impossible to recover lost shadows from an underexposed night-time image.

For blue hour, I recommend changing the white balance yourselves, as the camera in the drone will often get it completely wrong.

To maximize the chances of having a sharp image in these low shutter speeds, a trick I have found that works really well for me is to use "multiple," to three or even five when windy. The camera will take these images in very quick succession and chances are one of the five will be sharp. You can even focus stack them in Photoshop, something we will get into in another article. 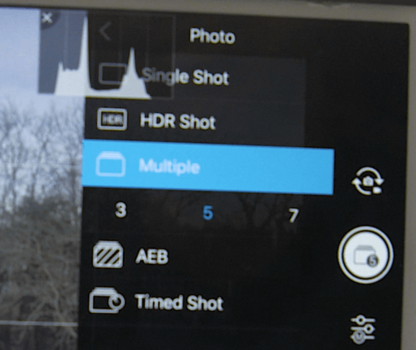 The Mavic and P4P (and now the P4 too thanks to a latest update) have a tripod mode which could help a little, however I would rather be safe than sorry and use multiple in low light situations. When you think about it, it's still mind blowing that a drone can stay stable enough in the air for two seconds and deliver a sharp picture!

A Last Quick Word on Filters

Although I use them all the time for filming with my drone and my normal photography, I rarely use them when I fly my drone to take photos apart from a few exceptions:

A polarizer can help reducing the reflections on water. I use them often when flying above the sea. They do help a little although I haven't found them to be as efficient as my "normal" polarizing filters. I don't recommend using gradual filters, once you've put them on, you are stuck with them, and I'd much rather just bracket shots and edit in post to recover the sky.

If it's really mega bright, with a fixed aperture of 2.8 on the Phantom 4, I can quickly reach the maximum shutter speed on the drone's camera. Putting on a ND8 or 16 will take the shutter speed to a more usable shutter speed and give me the flexibility to bracket five shots again.

I sometimes use a ND64 to do long exposures like I did to get smooth water in these waterfalls. On an overcast day, I could take exposures of one second each and using my "multiple" technique, I could even shoot a sharp(ish!) pano.

So there we are, these are my favorite settings to take photos on my Phantom 4. In the next articles I will touch on more complex composition tricks and editing techniques. Let me know in the comments if you have any suggestions. 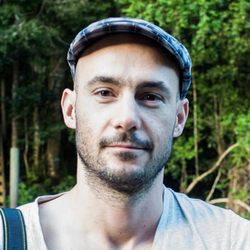 Jerome is a French photographer based in London, specialised in photography and video content for the hospitality market and a passion for drone photography. His aerial work has been published in DJI's book 'The World from Above', National Geographic, BBC, CNN...
He creates tutorials to help dronists take and edit better drone photos. 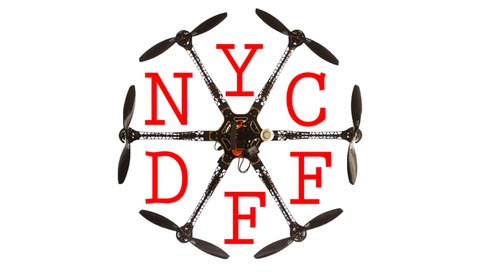 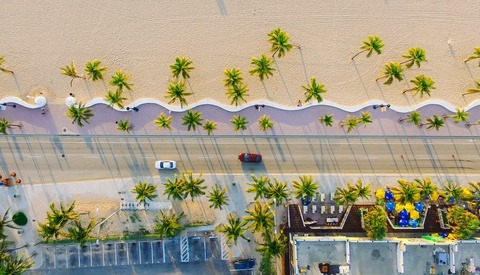 Thanks for all of this. I have an off topic question, but as you're in almlst the exact position as myself (travel photography based in London) you might be able to provide answers.

I can't do anything commercially with the images as each country I visit requires a license for commercial drone photography and it's unique to that country - for example, getting licensed in the UK won't help me for Italy.

I decided to shoot and try sell anyway as a form of passive resistance, but stock agencies won't even take the images.

Have you found a solution or are you just doing the drone work for fun?

sorry just reading this, I've heard you can put them on Adobe stock or 500px without any problems. For me it's mainly been for fun, but I'm contemplating getting my licence later this year so I can start selling my photos.

As a side note, the images that got denied from the agency I use were of Manarola.

which site refused your images? I dont care much for stock personally as the gap between reward vs investment feels too big. Too much time to put them in there for so little money back, unless you are really building a mega stock of 1000 of images.As you say anyway it would be impossible to get a licence from every country you visit!

In my case, it was Getty, but the point I'm making is that commercial photography refers to any activity where money is exchanged - real estate photography, a travel photography gig, etc. It's a really limiting factor. I hope people who are educating on drone use will also start fighting back on these arcane rules.

couldn't agree more with you. Especially internationally. Having a UK licence would still be useless for a gig in France or vice versa.

Good review! I've had a DJI Phantom 2, now fly a 3 Pro and am considering an upgrade to 4 Pro. I have a lot of fun with the units. Great for aerial landscapes.

Thanks Brian! The P4 Pro will be a great improvement. I have the P4 and considering upgrading as well. Or maybe I'll wait for the P5, but god knows when that's coming!

Thanks for all this information. Wonderful picture location. Your tips can help me a lot.