Do you want to level up your cinematography game in 2020? If you do, it has nothing to do with upgrading your camera or purchasing the newest equipment.

"If I could only just get that camera or lens, my footage would be like the pros." How many times have you been guilty of saying those words?

When you are sifting through your old hard drives, what are the photos or videos that stand out to you most? Are they intimate moments captured of you and your significant other? Is it an epic sunset? Or even a blurry snapshot with your best friend?

This is one of the most memorable photographs i've ever taken in my career.

What do all of those things have in common? The camera, lens, or settings you took the picture with never enter the equation. If you look at some of the greatest photos and films of all time, the first thing you focus on is the moment captured or the emotion you get when looking at the work, not what camera it was shot on. Gear is important, don't get me wrong, but more often than not, it can act as a roadblock to creativity.

In this important video from YouTuber and filmmaker Danny Gevirtz, he breaks down the stories behind his favorite shots in his career and why, as a YouTuber in the modern generation, he prefers to not talk about gear on his channel.

Of the things he discusses, there was one piece of advice that stood out to me. If you are looking to master your craft, there is significantly more value for your money when you choose to invest your time and resources into perfecting your craft with the gear you already own instead of buying a new camera. If you want to be the next Steven Spielberg, buying the most expensive camera won't get you to Hollywood any quicker. So, if there's something you want to shoot, go out and shoot it. Don't let the gear you have get in the way.

What is one of your favorite shots you've captured in your career?

Gear / November 2, 2020
The Most Stress-Free and Straightforward Place to Sell Your Used Gear

Was wandering around the early morning markets in Puducherry, India and took a few turns outside the market boundaries.. Though i have many favorites from that trip, this moment always wins out. >>> Oops Seems, i posted in wrong place << Ah well, i DO agree in this article, that "talking about gear is like telling people about your musical instrument during a performance". It's the music that comes out of the instrument that truly matters more. Great perspective. 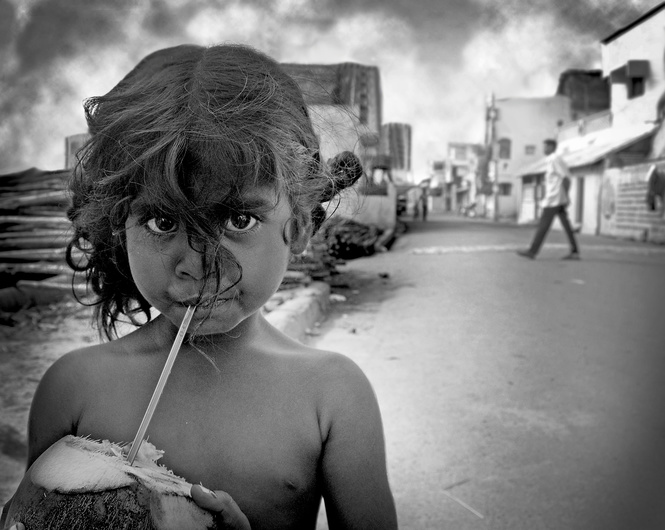 Fantastic photo! Thanks for sharing!

ha!.. thanks Eli.. posted this in wrong spot.. It's a newbie thing. cheers.

Ah! Just read. All good. The same principle still applies :) I didn't once ask myself what camera that was shot on. I just went straight to the subject and took it in.