Photography Might Be an Overpopulated Industry, but Remember This One Truth

If you're thinking of taking the leap into professional photography, or have wondered if you can possibly make a living in such a saturated space, take this one piece of wisdom and chant it like a mantra.

(I have put a TL;DR at the bottom of this article with the aforementioned "truth" in case you don't feel like reading the whole article.)

I debated a career in photography for a while. I knew I had to change my career path after my previous job was causing me health complaints through a mixture of boredom, disillusionment, and general unhappiness. But, I wasn't of the standard to make a living back then, and I knew it. So, I went back to university, did a degree and a Master's, and then stood in front of three new roads.

The first was to get a job in a similar field, but at a much higher level. I'd stayed part-time employed in that area (vaguely sales) through my two degrees, which gave me an incredible advantage over other graduates vying for a position in these companies. Indeed, I got offered more than one job and a whole host of interviews quite quickly. But upon receiving my first firm job offer, I had a meltdown and realized that the money was irrelevant. I couldn't go back to that. I truly hated it.

The second road was a PhD, which I was keen on, but it's expensive, time-consuming, draining, and having gone back to university in my mid-twenties, I felt behind the curve too much to suffer financially for another 3-6 years. The problem was, I hadn't seen route number three initially. That is, a career in photography. I had been working on my photography every week for years, I had been writing multiple times per week on the subject, and I'd even had some websites and publications pay me small sums to write for them. As soon as I thought "could I," my mind was made up. In fact, as I saw it, I didn't have a choice (in a very First World sense at least!) 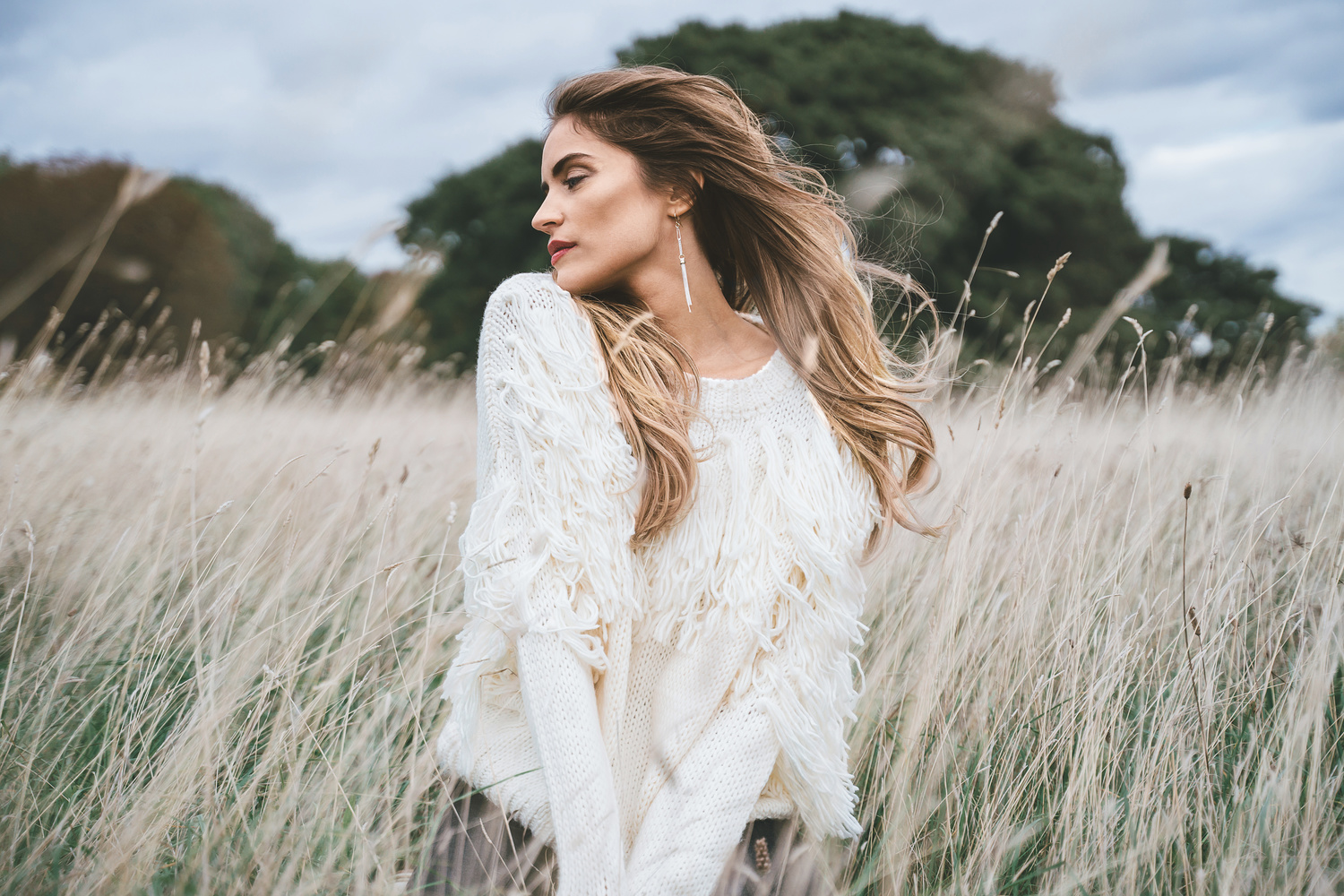 The first few years were perilously hard. Every penny was gathered by grit, clawed into my possession, and defended fiercely. I was full of doubt: doubt I could make enough money, doubt the industry was too full for me to succeed, doubt in my abilities. But I read every business book I could find, listened to podcasts, watched tutorials, spoke to professionals, and hustled like only the desperate know how. Then, after two and a half years of this fight, I had the worst month of my career in terms of income. I didn't throw in the towel, but let me be clear: I stood leaning over the ropes with the towel gripped and my arm cocked.

I'm not superstitious, spiritual, or someone who believes in fate, but that month — in retrospect — felt like a test. As the calendar flipped over to April and with March heavy on my mind, I had the best month of my career and earned more than I had working full-time in employment for the first time. March had seen me putting in 90-hour weeks and earning a pittance, but it hadn't all been for naught. Then, around the same time, I read an article which discussed a meeting between Leonard Nimoy and John F. Kennedy of all people. (I couldn't honestly say that this is definitely this article, but I'm pretty sure it is.) In which, the following exchange is recalled:

"We chatted about careers… politics and show business, and we agreed that both had a lot in common. Maybe too much in common. He said, 'Lots of competition in your business, just like in mine.' And then he gave me this: 'Just remember there's always room for one more good one.'" — Leonard Nimoy with John F. Kennedy.

Just remember there's always room for one more good one. It's such a simple sentence, but with strong and complex implications. For whatever reason, it resonated with me. I'd find the phrase repeating in my mind, sometimes when I was doubting, sometimes when I wasn't; it just made sense to me. Yes, cornering a niche or market is powerful and profitable, but in a general sense, however busy an industry is that you want to succeed in, it's never too busy for another "good one." Nothing, from the arts through to banking, is so full that somebody good at the relevant skill-set cannot succeed there.

This is the takeaway truth I want you to hold dear if you're looking to take your photography further or if you're already trying. Try not to obsess about how much competition there is. Try not to feel jealous of other photographers. Don't be selfish with information or advice when it comes to your fellow photographers either. There are a lot of half-hearted folk out there who don't much care for being good or even great at what they do; they just want to make ends meet or get a quick buck. But if you're conscientious enough, strive to improve, and are industrious, there will always be space for you. It may not open up immediately, but you can make it open eventually.

It's important to note that being "good" at professional photography is not just taking the greatest images. It's also about being good at the business side, building relationships, financial managed, running a small business, marketing, and so on. If you improve all facets of running a photography business, it's hard not to end up as one of those good ones.

So in the words of JFK, there is always room for another good one. Most rewarding and fulfilling industries are busy with professionals, but the good cannot be ignored. If you're struggling — as believe me, we all have and still do from time to time — don't fret over the competition and wonder whether there's too much noise to make waves of your own. Just concentrate on getting better, and even the fullest industries will make space. 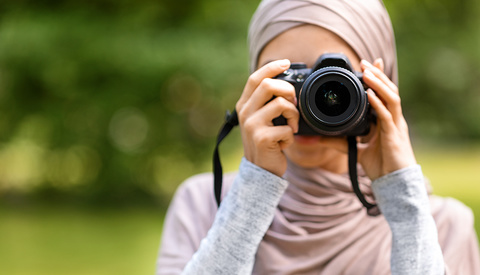 Business / September 6, 2021
10 Steps to Take to Be More Inclusive in Your Photography Business 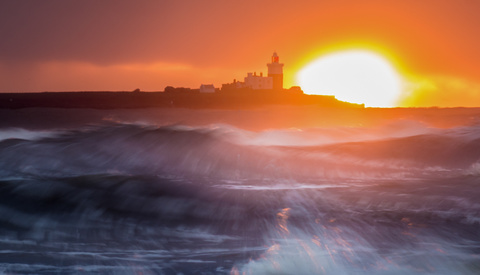 Education / July 28, 2021
One Very Good Reason You Should Make Your Photographs Beautiful 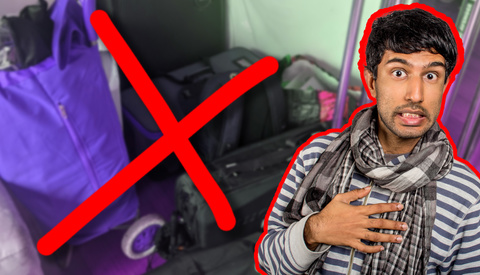 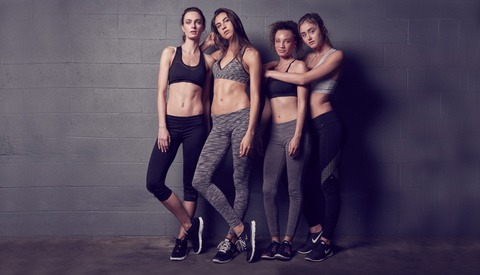 Business / November 26, 2020
How Often Should You Change the Images in Your Portfolio

Isn't this the second article by Robert Baggs this year where he goes on about his education, his early work history, his struggles and challenges etc etc. Isn't this site about photography as opposed to reading about personal growth and development? Save this for your website "about me" page and let's get back to good old tools and techniques.

For people in love with photography there are plenty of articles about exposure triangle and composition.

I guess you basically discount everybody who hasn't read everything on the site. If you don't like his stuff don't read it. It's super easy.

Wow, you are one unpleasant human being. Couldn't have just moved on.

Who let Oscar the Grouch in?

you must be fun at parties

Good advice to keep striving to be better as a Photographer but I heard another Pro say she puts 90% into the business and back office and 10% into photography
I think if you are sassy with marketing and social media you have a much better chance. Something I need to vastly improve on..

Social media can only take you so far.
If you are good, talented and work hard there will always be a place for you.

Thank you, that is reassuring. My customers do come back to me so at least I know I'm doing something right.

Beautiful article, Robert, and a statement which really resonates with me. Don't be discouraged by those who love to hate and keep up the good writing.

Photography may be an overpopulated industry, but there's always room at the top