Why Is Leica Shedding Staff When Its Profits Are Increasing?

For many companies, losing 7.5% of your workforce would typically be bad news, perhaps an indication that profits are falling. This is not the case at Leica; in June last year, it announced that sales had increased for the fifth consecutive year. So, why is Leica doing so well when other camera companies are seeing their figures nosedive, and why is it reducing its number of staff?

Leica is making some significant changes to its company, announcing that it will be making up to 100 of its 800 employees redundant and hiring 40 software experts in their place. Leica appears to be following in Canon in shifting how the company innovates, giving us further insights into how the camera industry is changing.

In April, I suggested that the industry had reached peak-ILC in terms of hardware: the market for ILCs (interchangeable lens cameras) is saturated, the explosion of camera phones is having an impact, and research and development will be shifted more towards software innovations rather than hardware.

As reflected elsewhere across the industry, Canon’s recent sales figures are worrying, and the company expects the market to contract for the next couple of years. As a result, Canon announced that it would be shifting resources to focus more closely on business-to-business markets and developing more products for automotive and industry uses.

Leica is also responding to peak-ILC. The Leica Q (Type 116), the company’s fixed-lens, full-frame camera for those with deep pockets, has proven to be an unexpected success. The Q-P, the same camera with the Leica badge removed but at the added cost of a couple of hundred dollars , is an indication of its popularity, as is the fact that the Q’s successor, the Q2, has just been released, less than four years after the original. Just shy of $5,000, there are plenty of better options if you want value for money, so why is Leica doing so well with these hugely expensive, extremely limited cameras?

Firstly, this is a fixed lens camera. Though of course it can be used as such, this is not a functional, versatile tool like a DSLR or a MILC. This is a luxury, niche product that is not threatened by smartphones and market saturation. If you offered me a choice of any Leica camera for free, I’d pick the Q2, and I suspect many other photographers would choose the same, preferring something that is different to their haul of ILCs and huge lenses. But more than that: I don't secretly crave a Leica because Leica has a record of pioneering technological innovation; instead, I want it because of its sense of refinement.

Secondly, and more importantly: branding. No other camera company has Leica’s prestige. No one buys a Sony or a Canon because they feel the allure of a giant, bland, faceless, unreachable, multinational corporation, however much their ambassadors strive to make them seem warm and cuddly. There’s a reason why Leica has launched so many stores around the world (there’s 82 of them) and why Lenny Kravitz is all over their marketing.

I suggested in April that the move to mirrorless might be the last dramatic hardware evolution for the foreseeable future and that companies will start to shift their focus to include more software innovations, as seen in features such as eye autofocus. Leica’s changes to its staff is perhaps another sign of this. Speaking to the German newspaper Mittelhessen (German text, free to read, but requires registration), Leica CEO Matthias Harsch describes the camera industry’s “second digital revolution,” suggesting that software is now as important as hardware. Lens engineering is not being forgotten, however, with Harsch promising millions of euros of investment to ensure that their optics remain some of the best in the world.

Please let me know your thoughts in the comments, particularly as to whether Leica’s partnership with Chinese tech company Huawei threatens to undermine its status. 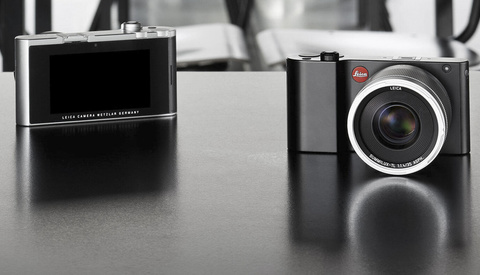 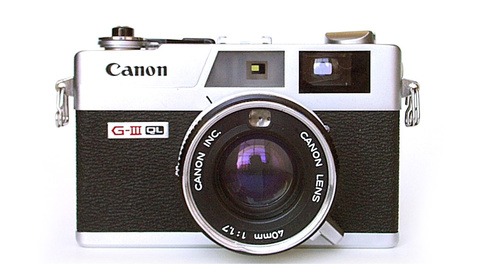 Gear / April 23, 2019
Why Canon and Nikon Need to Make a Full Frame Camera With a Fixed Lens 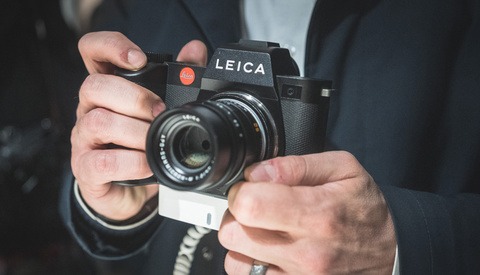 Business / May 18, 2021
What Does the Future Hold for the Camera Manufacturer?
Log in or register to post comments
21 Comments

"Why Is Leica Shedding Staff When Its Profits Are Increasing?"

also known as maximizing profits to their shareholders... the purpose of business. Or maybe forward looking at the declining SLR market and making preemptive changes?

OK, maybe now they will finally get tethering work properly.

Maybe Leica is adapting for the future. Just because you may be selling boat loads now does not mean you have an efficient operation. Big Sales covered up the leaking sieve called "General Motors" for years. Things (inefficiency, poor business practices, etc) eventually caught up to GM 10 years ago. Leica is no GM in terms of size, however the principal is the same.

They boast high sales but do we know it for sure? Since 2012 it's a private company so they can say anything they want.

I wonder how much of Leica's sales volume is associated with their partnership with Panasonic. I assume Panasonic still makes Leica's entry level P&S cameras

They also make Huawei phone cameras but still, it is strange that they let go such a huge part of their workforce. Moving production to China maybe?

Leica is hardly all about the QII. Their new digital rangefinder body, the M10, is extremely popular as well. Plus, they have an APS-C line of cameras, point and shoots, a medium format DSLR system, a regular ILC mirrorless system (with the L mount), and of course they still make a film body. Oh, and their cinema line of lenses, which are the best of the best. They've done some strange brand extensions in the past, and produced some duds, but lots of companies have. It's very tempting. But Leica seems to have gotten back on track, producing some solid digital cameras. Yes, they're still an expensive luxury brand, but even a luxury brand has to perform. And the top Nikons, Canons etc, were luxury goods, too, back in the day, to a lessor extend. Plenty of people bought the top models, not even knowing how to use a camera, and just wanting to impress others (and themselves). Nothing new there either.

The box containing the technology has been solved. The future is the software controlling the electronics. The Leica brand is about elegance and subjective handling. That has been no problem for 80+ years.
Adding the SW bells and whistles that the moneyed class squeak for takes coders.

Leica = sex appeal. That's all there is to it. I'd love a Q2 though an M-Monochrom would be even better.

They were banned in China. Not sure if it stands but probably lost some credibility. And Hwawei is going to have some problems selling their cameras overseas which they probably will lose some money over. Not this year but next.

Maybe they don't need as many people in the sales dept because sales are doing so well lol. It would be interesting to see what depts people were cut from.

2) It might be interesting to look at what Nicolas Hayek did with the Swatch group. In the 1980s, the Swiss watch industry was in big trouble. Hayek proposed forming a consortium to better compete against Seiko and Citizen and to reestablish the allure of Swiss watches, and he and they were very successful. Real cameras are in a sort-of similar situation now. Leica has formed an alliance with Panasonic and Sigma to make L mount cameras and lenses. That may be a good first step towards a Swatch group like move. The Swatch group was successful in that it bought up and brought together a lot of the supply chain and component manufacturing, as well as unifying a lot of marketing and design, and also presented offerings at pretty much all levels of quality and price and for a variety of markets.

Leica is certainly positioned at the high end. Sigma in upper mid. Panasonic is niche. Seems that they need a bit more range to their lineup. They also have some vertical integration in that Panasonic makes a lot of electronics, including sensors, and Sigma obviously makes lenses. Swatch group managed to corner the manufacturing of things like springs that were needed in all mechanical watches. They also incorporated the movement manufacturers that were making movements for many brands that were not part of their consortium. If Leica/Sigma/Panasonic want to make a similar move, they need to bring more into their fold - better coverage of the entry level, and probably more manufacturing. Maybe some of this shedding of staff is in preparation for the creation of such a conglomerate. If they could bring in Nikon and Cosina, that would certainly help...

No surprise, assuming an evolutionary plan is in motion. How many harness makers do you need on the line if you are starting a techno-car line? “The budget” boundaries & forecasts may dictate who stays or goes.

"software experts" sounds like an odd description to me, usually it's software developers, engineers or designers. Software experts sounds like a bunch of highly paid contractors you get in when you haven't quite decided what you're going to do yet.

I guess you'd go in either of two directions, developing software that supports camera work, tools that run on computers and phones like Photoshop (or maybe integrate that into the camera itself) or computational photography, cameras with fancy high numbers of lens for light ray photography, which I cannot quite imagine Leica doing; a Leica with 16 lenses would just be fugly and off brand.

I guess you could also push the AI angle for your image processing.

I also think that Leica may have produced a collectable digital camera, which I wouldn't say about any other on the market which have a two year shelf life at most. if the market has plateaued you tend to have to go all Apple on the market, creating BS features nobody really needs and try to make reasons to upgrade and try not to damage your brand at the same time.

I think 'software experts' is a translation thing. I was tempted to write 'engineers' but didn't want to be presumptive so stuck with the vague and mysterious 'experts'.

"if the market has plateaued you tend to have to go all Apple on the market, creating BS features nobody really needs and try to make reasons to upgrade and try not to damage your brand at the same time."

Ha. This could indeed be where we're at.

For image processing type stuff you'll also normally have a bunch of people who are skilled in mathematical modelling of the processing and coming up with new algorithms rather than actually writing software, especially for a relatively limited environment like the processors in a camera - they're fairly different skillsets.

Given the growing importance of firmware updates, it isn't terribly surprising.

Interesting dilemma. It’s a bit like saying Tesla is a car company when it’s actually a tech firm. They don’t hire Ford employees, they hire Apple employees. So what we have is a camera company who is makes incredible hardware but needs more Apple people. I hope they find the right mix.