I recently had the opportunity to catch up with a photographer I follow who shared his wonderful story with me about how he got where he is today. A lot of us have been told we take great photos somewhere along the way and dreamed of making a living off simply taking good photos. This doesn't really happen in the real world since you actually need a niche of some sort. If you happen to live by some of the most amazing houses in the world, luxury real estate is one of those niches that can make the dream a reality.

Joseph T. Meirose IV attended a school for creative arts and performing arts in Cincinnati, the second largest city in Ohio. There he studied technical theater, studio art, and film photography. Of course, "film photography" was just called "photography" back then.

Years later and after a couple different career paths (not mentioned so not asking) Meirose found himself a proud parent taking thousands of pictures of his two young children. At the time armed with nothing more than a basic point and shoot and very little knowledge of post-production, he started sharing these photos with friends and family online. The comments came back encouraging this newly rediscovered pastime to the point where Meirose branched out to other genres like landscape which was a great fit in northern New York.

More photos meant more sharing to more social media outlets. This led to Meirose growing a network of photographers and artists he admired. Having myself been a part of active an active photography community, I can tell you it is very empowering to receive feedback and challenge yourself to shoot better photos.

Out of the blue Meirose was invited a spot in an opening gala for a new art gallery in a town you may have heard of called Woodstock, NY. This gala was literally the first time any of Meirose's work was printed or for sale. While he wasn't able to attend the event, it was a major success yielding a number of sales. If there was ever validation needed that his efforts and time had outgrown the term hobby, this was it. Meirose immediately went "all in" and immersed himself in countless hours of studying digital photography all over the web, taking photos of anything interesting, and practicing editing on the computer. 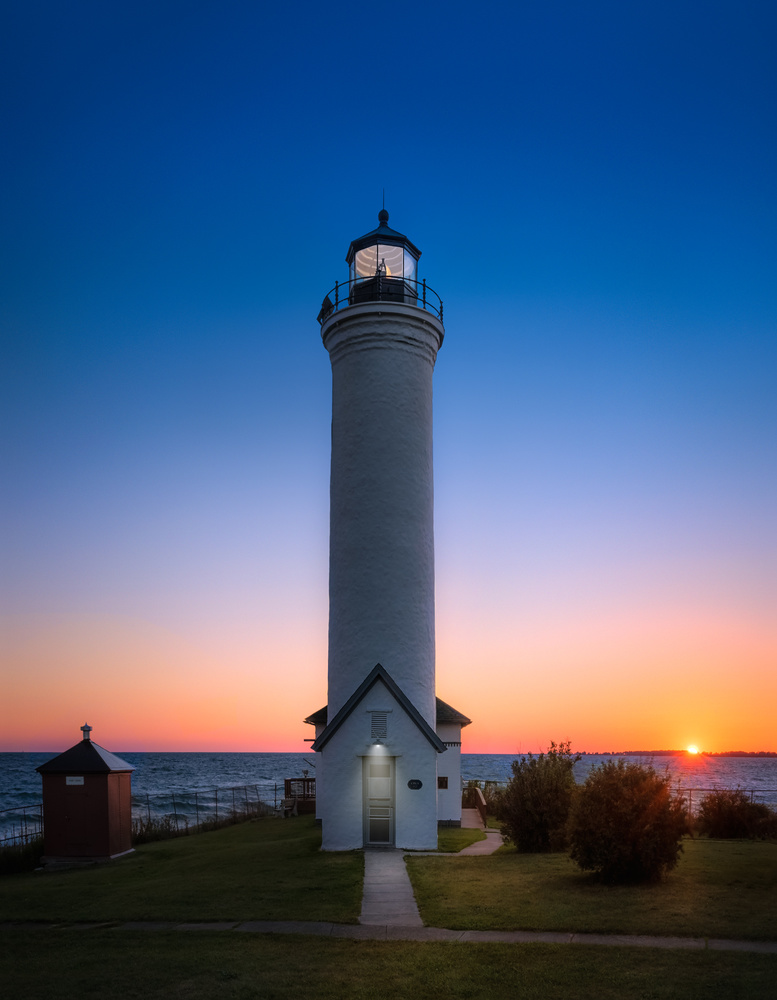 That gallery show not only generated some sales, but Meirose was receiving cold calls inquiring about his work and asking about availability for shoots. One very important call came from a global luxury real estate company looking for someone to photograph a multi-million dollar mansion. Because the home was on the water and they had liked what they had seen of his work incorporating water scenes, they wanted to give him a try. While Meirose was initially reluctant to take on such a project without any prior experience in the particular genre, the timing of the offer played a role in saying yes. Apparently the go-to photographer this broker normally used had suddenly retired leaving a promise of continued work if things went well.

Having no idea what to charge Meirose came up with a risk-free deal that only found him getting paid if they liked the photos. He was nervous he might make a fool of himself if he was unable to produce. Luckily this very first luxury estate shoot went very well. The client was pleased and the photos found their way onto the Wall Street Journal, the New York Times, and the Today Show. 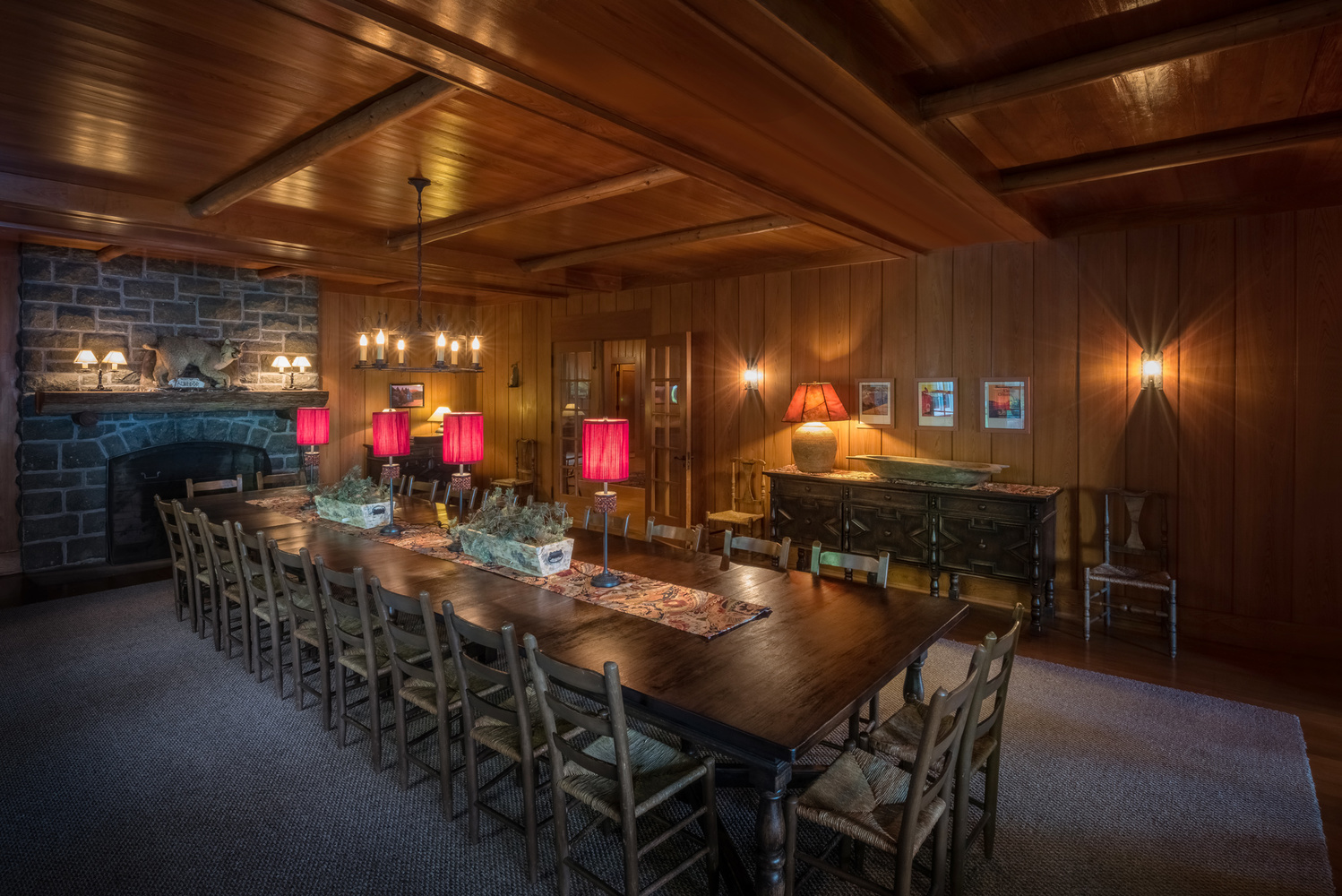 Meirose hasn't stopped shooting since, now five years later shooting for the same brokers that gave him his first break. His ideal project includes shooting everything the client wants while also being able to weave his creativity into the mix. He recently was able to shoot a custom built yacht barge. This allowed Meirose to really have free rain of how to capture the residence the exact way he wanted without the normal constraints of real estate photography. It was a true combination of his love for landscape with architecture.

A lot of these luxury homes are off the beaten path, to say the least. The 1000 Islands region in Northern, NY has over 1800 named islands only accessible by boat. Most shoots will require two or three days on site with a lot of coordination with groundskeepers, caretakers, property owners, brokers, agents and whoever is providing the boat transportation to and from the island. Meirose points out being the only person on a remote island is an unusual feeling, no matter the amenities, and most especially at night. He is truly on his own, especially at night. Damn all those horror films involving water and empty houses. 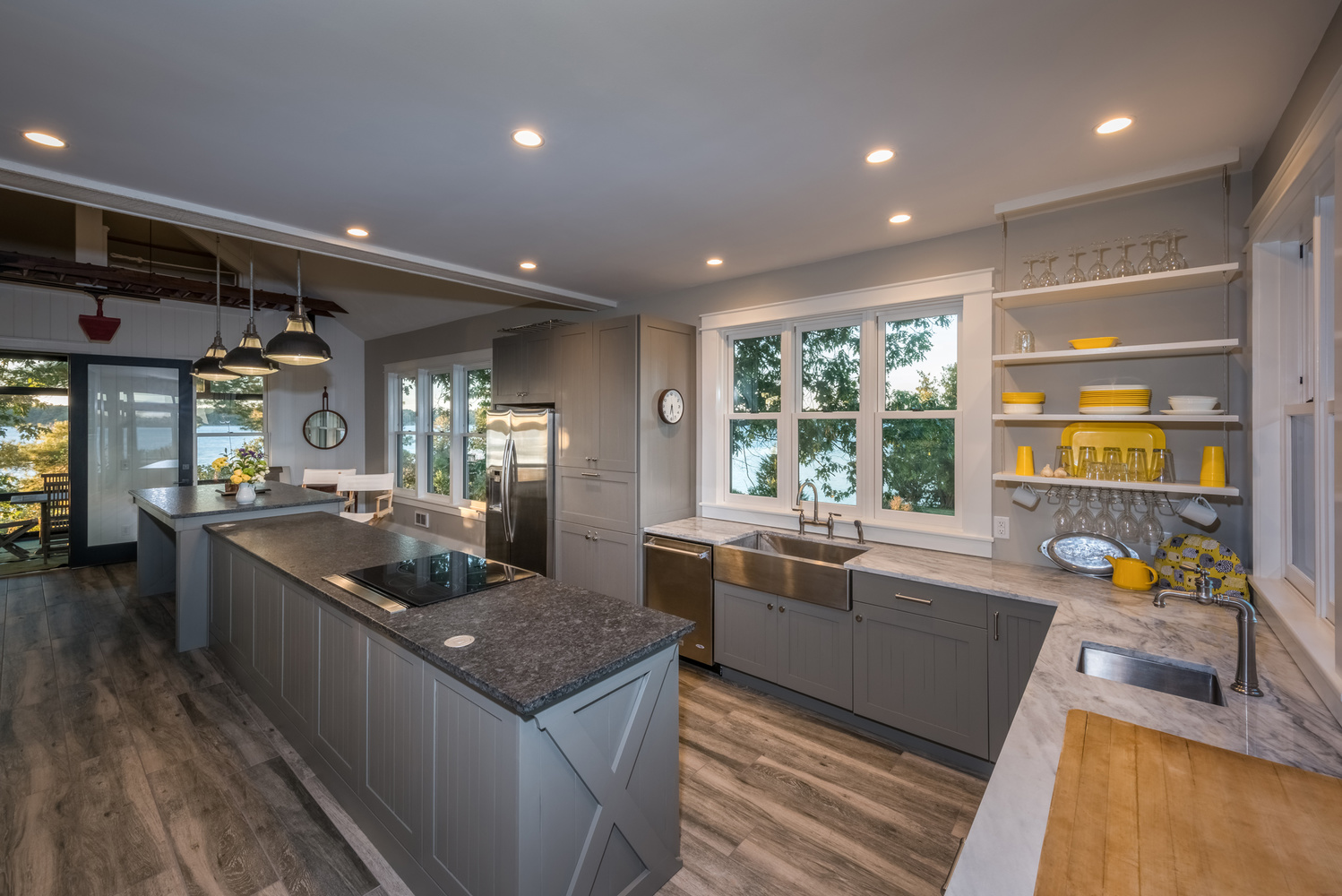 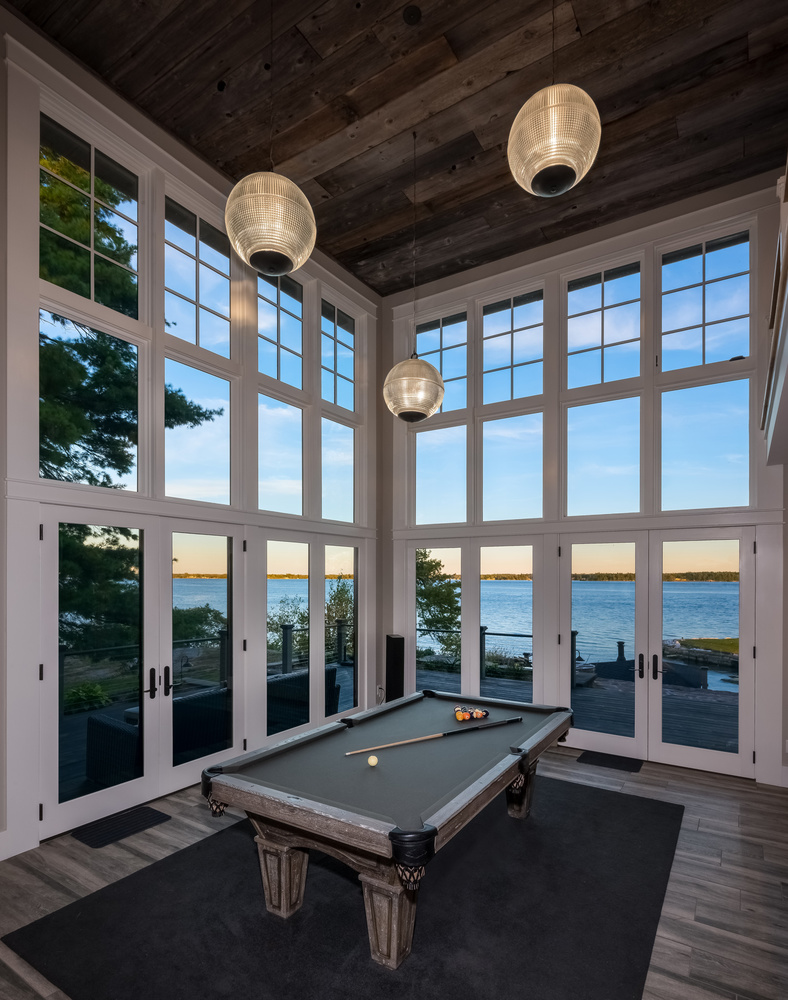 Being on his own and a boat trip away from his car means having gear backups and not forgetting anything is always an important part of the process. All Meirose's projects have are at remote locations with amazing views and grounds. Being able to artfully convey the location of the dwelling in relationship to its scenic surroundings is crucial for his clients. Ideally, every image should show water and the surrounding land. The properties can be very expansive. The estates often include guesthouses, docks, decks, boathouses, varied sporting courts, elaborate boats, and the list goes on.

It can be quite daunting showing up at a twenty thousand square foot main house, with a four thousand square foot guesthouse, and a beautiful boathouse. It can make you and your gear feel pretty small in comparison with your work cut out for you. Being islands, they are surrounded by thousands of feet of pristine waterfront. These homes feature endless multilevel decks and docks and sitting areas providing seemingly countless compositions to photograph, and that’s just the outside. It may seem like two or three days on location is a long time for a single real estate shoot. Meirose likes to target the two ideal times a day when the light is best, then runs around like a madman during those times trying to photograph the many compositions both inside and out that he can. 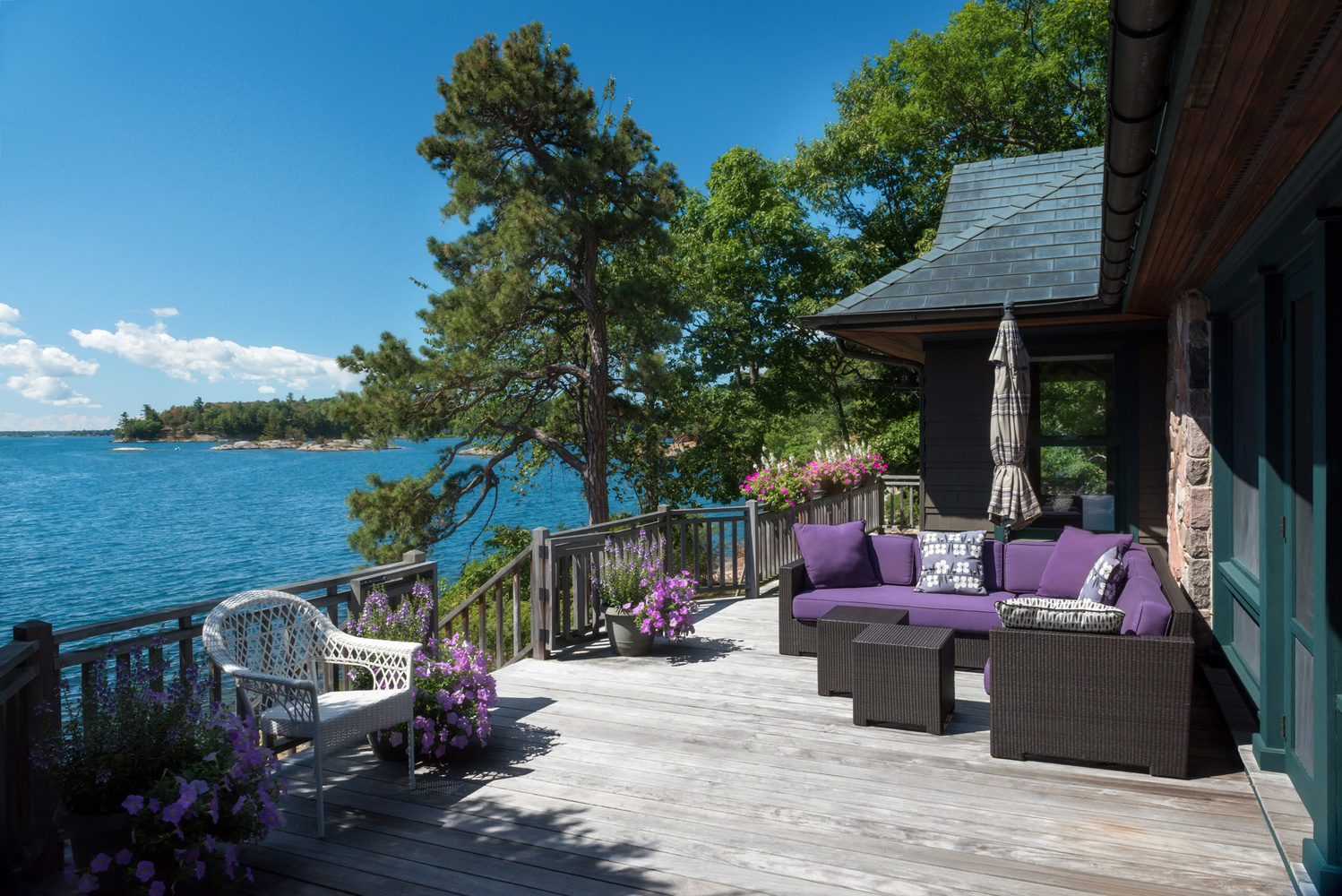 When I asked Meirose about his secret with his clients it was nothing more than delivering what they want every time. This is done by truly listening to their needs and understanding how they will use these images. The homes are more than just square footage, the brokers are marketing these globally and selling the lifestyle the comes with these cottages. That is what he has to portray. In his own words, he doesn't pretend to be a better photographer than he is.

To anyone starting out Meirose suggests getting out there and taking photos. Practice is key to both shooting and editing. Also don't be afraid of cold call agents or brokers. Getting found is probably the biggest obstacle in photography today so there is nothing wrong with letting people know you and your services exist. 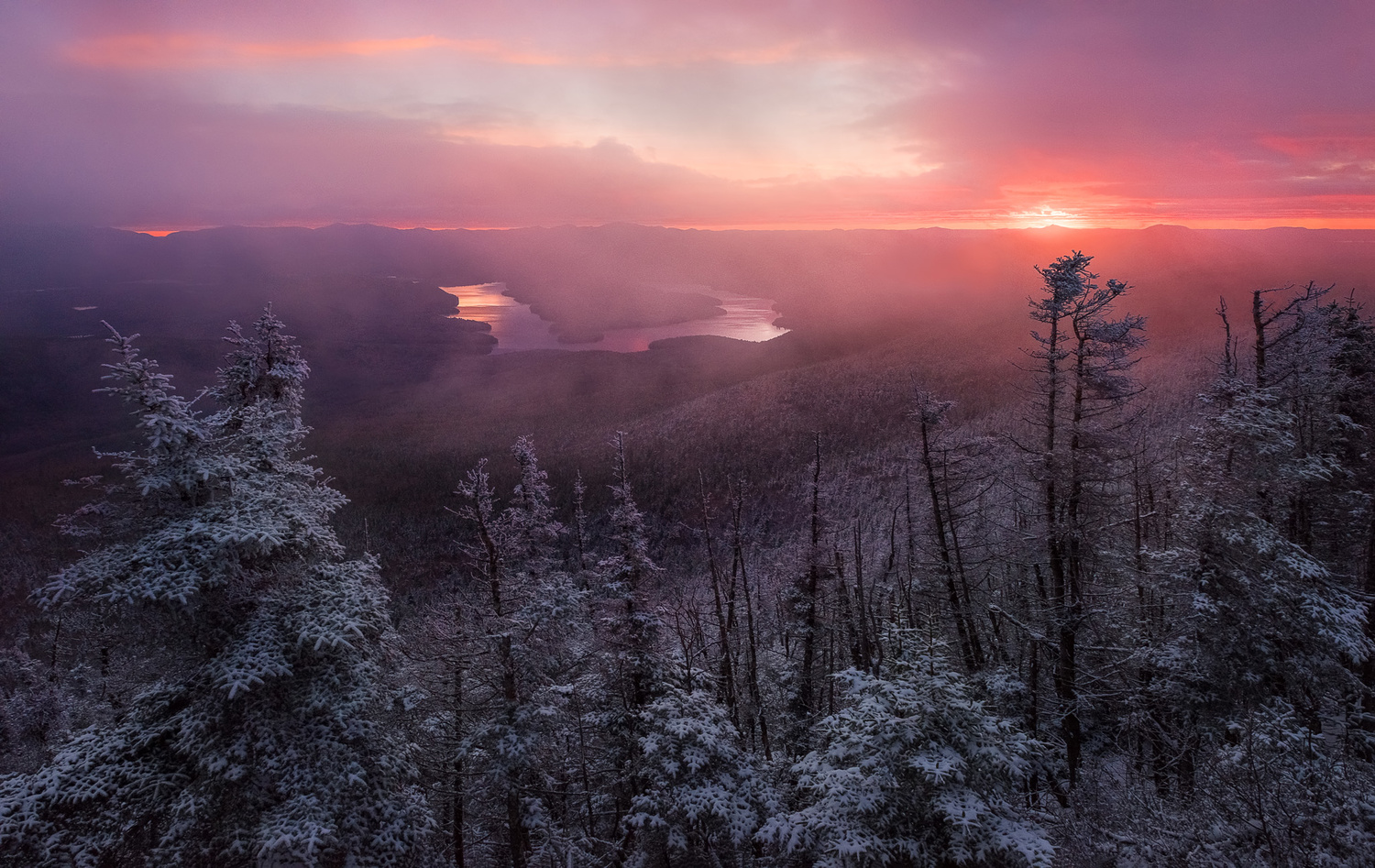 Meirose shoots Nikon. He says it is what he started with and hasn't seen a real need to change. Like a lot of us feel, once you have invested a large amount of money into brand specific gear and feel comfortable using it there is little incentive to switch.

Meirose uses the popular Nikon D850 and a D810 as a backup. The lenses he uses most often in luxury real estate is the Nikkor 14-24 f/2.8G, the Nikkor 24-70 f/2.8G, and the NikkorPC-E 24mm f/3.5D ED Tilt-Shift Lens. Meirose relies on Really Right Stuff tripods and heads. His favorite strobes are the Profoto B1’s and he uses two of them. These are great because they are extremely powerful, battery operated and perfect for his work. He also uses two Nikon SB-5000 speed lights when needed.

As for software, Meirose is a Lightroom and Photoshop user like so many of us. He will do basic edits and library organizing in Lightroom, then move to Photoshop for more specific edits. 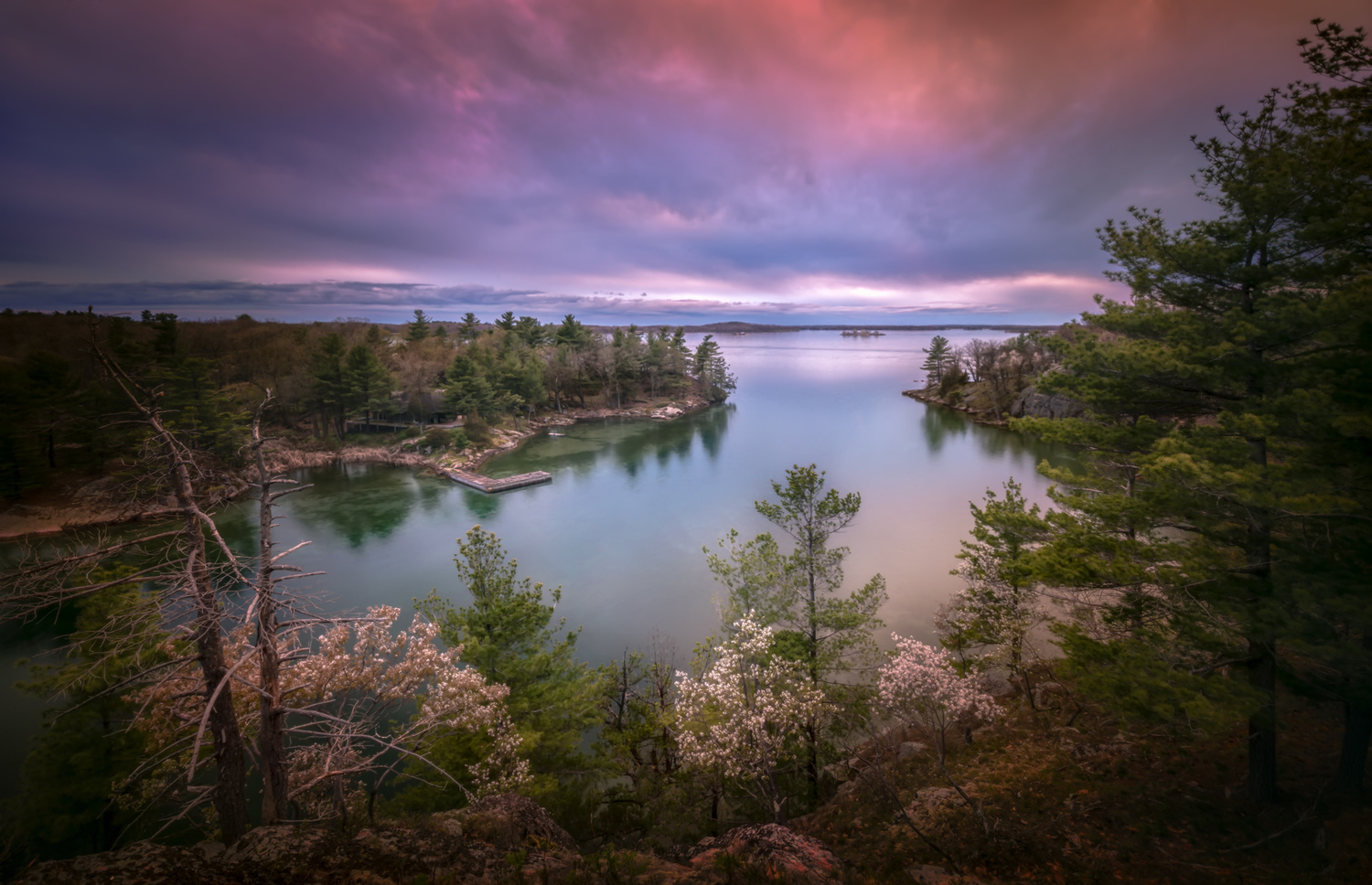 His regular schedule and workflow involves booking large shoots over weekends, editing those throughout the week and fitting in smaller projects where there is room. Meirose says the only thing better than photographing these estates would be to own one someday. I'm not sure I could do the boat thing all the time though. Then again maybe I could give it a go.

All images used with permission of Joseph T. Meirose IV

Great story. It just goes to show you that if you do good work and you can share it with the right people, the paying jobs will come.

That's the key...share it with the RIGHT people.

Thanks so much Lee!

Nice story. Great pictures too except for the one at high noon. Doesn’t really fit somehow.

Thanks Stas! Good feedback too. In retrospect I should have omitted it. Thanks for reading.

Thank you for sharing. Great article. :)

A great article on how one can build a business.
It also highlights the role luck plays in one's business career. But as Louis Pasteur noted "Chance favors the prepared mind".

Early in my career I scored a giant commercial gig by being the only photographer who answered the phone. All the other photographers the client called had VM.
We ticked the boxes as far as convincing the client we could do the job and went on to a three year relationship that ended only when the company ended the program we were doing.

Moral: Always answer the phone and "yes" should be your default answer.