If you like photography and science then this competition is for you, and 2019's results are simply magnificent.

The Royal Society Publishing Photography Competition invites scientists and photographers to submit their images in a number of categories, including astronomy, climatology, and micro-imaging. With esteemed judges, the entries are sifted through and analyzed on the grounds of both "aesthetics and the scientific phenomenon it conveyed." Below are a few of the winners:

Competition winner 'Quantum droplets' by Aleks Labuda. 'This photograph represents experimental proof of the theoretical work in the field of hydrodynamic quantum analogs. These silicone oil droplets are bouncing indefinitely above a vibrating pool of silicone oil at 15 Hz. The surface waves generated by the droplets are analogous to quantum mechanical waves that guide the dynamics of quantum particles. While the droplets move like quantum particles, they behave like quantum waves. The droplets' wave fields mediate their interactions with their surroundings, with each other, and even with themselves - similarly to electrons in the double-slit experiment. Such bouncing droplets were discovered in 2005 by Yves Couder (Université Paris Diderot) and mark the first real-world demonstration of the pilot-wave theory postulated by de Broglie in 1927. This behaviour provides measurable and intuitive insight into the mystery of particle-wave duality. Post processing involved simple contrasting and colour balancing. Camera: Nikon D700: 1/200; f/16; ISO200; 105mm.'

Astronomy Winner 'Halo' by Mikhail Kapychka. 'Lunar halo over the night forest lake, Mogilev, Belarus. I suddenly saw an unusual lunar halo in the night sky and hurried outside the city into the forest to take a picture of it. A halo appears in the sky when several factors are combined. Often it is observed in frosty weather in conditions of high humidity. In the air at the same time there is a large number of ice crystals. Passing through them, the lunar or solar light is refracted in a special way, forming an arc around the moon or sun. Processing: Colour correction, exposure, brightness, curves. Camera: Canon 5d mark2, canon 16-35mm 2.8, f/4.5, iso-800, 30s.

Earth Science and Climatology Winner 'Twister in the Yukon' by Lauren Marchant. 'This photo was taken near to Kluane Lake Research Station in the Yukon, Canada. It depicts a large, cone-shaped, funnel cloud. A funnel cloud forms when water droplets are drawn in from the surrounding area by a rotating column of wind, making a region of intense low pressure visible to the human eye. Most tornados begin as funnel clouds. However, this funnel cloud never made contact with the ground and therefore could not be classified as a tornado. The photo was taken with the iPhone 6 rear camera which is the 8 megapixel (f2.2, 1.5micron, 1/3 sensor) with autofocus and enhanced using Adobe Photoshop (Photoshop: I turned down the highlights -15, and turned up the contrast +20).

Ecology and Environmental science Winner 'Fade to white' by Morgan Bennett-Smith. 'A juvenile Red Sea clownfish (Amphiprion bicinctus) looks out from between the clear tentacles of a bleaching sea anemone (Entacmea quadricolor) in Thuwal, Saudi Arabia. Coral reef bleaching events impact entire ecological communities, not just coral species. When sea temperatures reach intolerable levels, many anthozoan species expel their symbiotic algal partners (zooxanthellae—symbiodiniaceae), which typically results in colour loss and high mortality. While reef-building corals may be the most direct victims of such events, other species can be similarly affected. Some sea anemones, for example, also expel their colourful symbionts during periods of climactic stress. In the central Red Sea, some of our work in the Reef Ecology Lab focuses on the impacts of anemone bleaching on clownfish-anemone dynamics. As bleaching events continue to increase in frequency and intensity, sea anemones, and their clownfish tenants, may feel the heat. In post production, I cropped the image into a wider format, sharpened slightly and white balanced. Camera: Olympus OMD EM1 II. Lens: Olympus 60mm 2.8 macro lens. I used 2 sea and sea YSD2J strobes. My base settings were ISO 200, shutter 1/125, F9.

The winners were just a few of a smorgasbord of incredibly images anchored in science and you should click here to see them all. Here's my particular favorite and the lead image for this article:

Earth Science and Climatology Honourable mention 'Mammatus on fire' by Cándido R. Vicente Calle. 'This photograph was taken after a summer sunset when these clouds (Cumulonimbus mammatus) quickly formed in Jackson, Wyoming, USA. Mammatus clouds are special structures that are formed by downward vertical currents, which collide with other warm air rising. This collision gives rise to the characteristic bumps at their base as a result, and giving it its name from the Latin word "mamma". These clouds are usually formed in hot weather and are byproducts of intense storms located on its periphery. The light at sunset highlights the special shape of these striking cloud formations. Processed with noise reduction, sharp mask, contrast and small light and shadow modification. Camera: Nikon D300, 82mm, f/6.3, 1/640, ISO 800.

The competition is now in its fifth year and celebrates the majesty of science captured through photography. The contest will be returning again in 2020 so make sure to enter your images which capture scientific phenomena.

All images used with the permission of The Royal Society 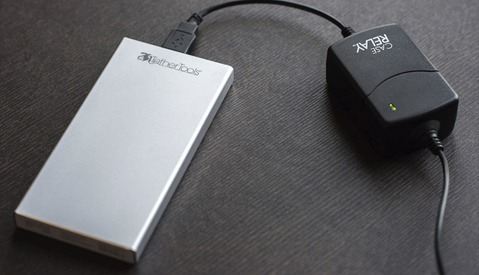 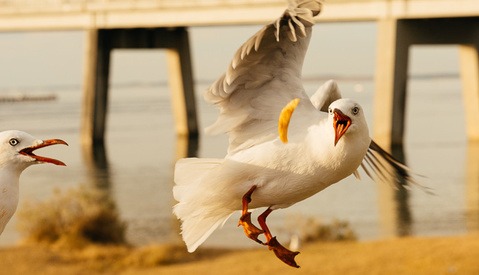 beautiful images! Also interesting how they all describe their post-processing. Figure it's due to all the photo manipulation controversies in the recent years. Wondering if all contests do that now, it' a good idea!

Incredible photos. Also noted that for most, the the equipment used would be called "consumer grade" by many. To borrow a cliche: Cameras don't take photos people do.

Thank you for sharing. Really cool stuff there. It should have more articles like this on fstoppers....