Owners of Sony Alpha and NEX camera bodies have long been complaining about the rotational barrel wobble experienced with mounted lenses. Entering what is quite a unique product space, Fotodiox recently released the Tough E-Mount that replaces the original body mount of these cameras. As a sufferer of said wobbles, I purchased the Tough E-Mount for my Sony a7R to test and give you my verdict of the installation and results.

The Tough E-Mount finds its purpose by replacing the stock two-piece mount, one of which is plastic, with an all-metal one-piece mount. Fotodiox claims that the plastic piece within the original construction is susceptible to wear which produces the lens wiggling that many Sony owners encounter. The Sony camera bodies compatible with the Tough E-mount are listed below. Note that the a7S already ships with an all-metal mount and does not gain any benefits with the Tough E-Mount.

Removing the stock two-piece mount and installing the Tough E-Mount is actually much easier and less stressful than you may think. The aftermarket mount comes in very simple packaging that only includes the mount and protective plastics. Installation is straightforward and only takes a few steps which are detailed in Fotodiox’s Tough E-Mount product video on YouTube.

Using a jewelers Phillips screwdriver, I carefully removed the four tiny screws holding the original mount to the camera body. The top piece made of alloy came right out with no effort. The second piece underneath, our plastic enemy, needed additional attention to remove. There’s an adhesive that keeps the plastic mount piece stuck to the camera and needs to be carefully pried off. This step took me the longest because I wasn’t sure how strong the adhesive would be and didn't want to risk damaging anything by using too much force. Using a small flathead all around the rim, the plastic mount eventually freed itself and I was ready to install the Tough E-Mount. All that was required here is matching the white dot on the new mount and the white dot on my a7R. The precisely machined mount snapped right in to place and the only thing left was to fasten it with the four original screws.

After installing the Tough E-Mount, I’m elated to find that the rotational jiggle plaguing my Sony FE 55mm and 70–200mm has been eliminated. The Vello Nikon F-mount to Sony E-mount adapter also has a perfectly snug fit. As photographers who grasp camera bodies and lenses in their hands on a daily basis, having a solid mount is crucially important for enjoyable user experience. Nothing has been more irritating in my switch from Nikon to Sony, with the second place holder being unable to install any of their firmware updates so far.

Since the Tough E-Mount's announcement, there have been some criticisms with this product and the whole idea of replacing the Sony mount. Some people have surmised that the original plastic mount piece that does the actual lens holding was purposefully made weaker for easy breakaway, sparing more expensive damage from happening to the camera body. Sony has not made it known whether this is true or not, however we can see that they decided to use a full metal mount in their newest a7S model.

For me, the Tough E-Mount is a winner. I was easily able to fix a bothersome wiggle at home in less that five minutes. If the all-metal mount really does increase strength over Sony’s mount as Fotodiox claims, all the better; but not the reason that many are buying it for.

The Fotodiox Tough E-mount retails for $39.95 and is now available for purchase. Since many Sony Alpha and NEX users are excited about the prospect of fixing their wobbly mount issues, the backorder status is no surprise as Fotodiox tries to fulfill overwhelming demand. 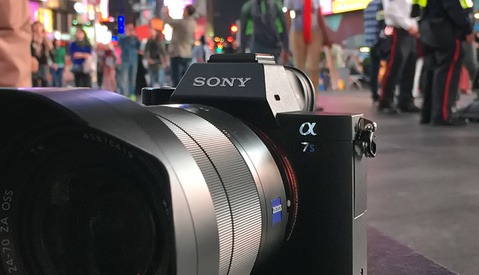 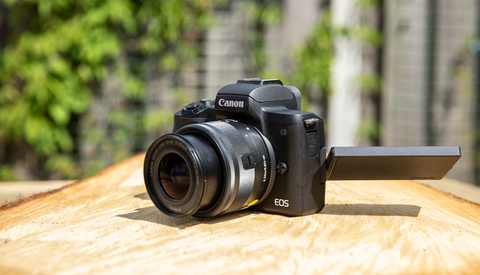 I'm getting this too since I'm getting enough of shifty movement whenever I use my bigger Sigma 105mm f/2.8 Macro lens, especially on my rig + follow focus. Hope this will help make my a7R more solid for video! (Still saving up for a7S)