The images from the September 11th tragedy are no doubt stuck in all of our minds. For most of us, the phrase "9/11" instantly reminds us of a plane hitting the World Trade Center, smoke billowing out of the two buildings, or the heroic images of rescue workers attempting to save lives after the buildings had collapsed. Among the 1000's of images taken on that day, Richard Drew's "The Falling Man" has been both the most controversial as well as the most forgotten. This powerful documentary explorers the stigma surrounding one of the most censored images in US history.

Warning, this image and documentary are extremely graphic and very difficult for many to view even 14 years after the event.

Like most everyone reading this article, I can specifically remember exactly where I was the moment I heard about the first plane crashing into the World Trade Center. The mixed bag of emotions I felt seeing the smoke rise up from the North Tower immediately after it had been hit are still easy to relive. The horror of watching the second plane strike the South Tower is almost as vivid now as it was when I first witnessed it on TV back in college. As difficult as it is to watch, I try to make an effort each September to reflect on the horrible events that happened that day in New York City. Many could argue that 9/11 is the single most impactful event in world history since WWII and the consequences of that attack on US soil can be felt around the world even today.

There is one photograph that many of us remember seeing in the immediate days after the attacks that has sort of disappeared from the collection of images used to summarize September 11th. The photograph of a man jumping to his death, known as "The Falling Man," has almost completely been erased from history. On one hand, the image shows the decision of a World Trade worker jumping from the top of the building just seconds before his immanent death. On the other hand, the photo shows no graphic portrayal of death and to those uninformed of the context of the photo, it might not even be clear what is happening to the jumper.

Regardless of how you feel about this image in general, as a photographer it is pretty interesting to hear the first person story on how Richard Drew captured the photograph, as well as the ethical debate news agencies were faced with in running the image for publication. Images from war have always straddled the delicate line of being exploitative and newsworthy. "The Falling Man" is no different. In the documentary above, an investigator even goes as far as trying to identify the individual person captured in the photo. Once the man in the photo is identified, it brings all sorts of ethical, religious, and privacy issues to the victim's family.

The team that produced this documentary did a really excellent job. The first 30 minutes of this video captures the emotions of the day very well. The interviews with some the spouses of suspected jumpers was extremely touching and often painful to watch. I don't think I have ever really thought about the perspective of these family members who have had to face the truth about how their family members ultimately died. The documentary also made me wonder if I, as a photographer, could have continued to capture these powerful images as I saw them before my eyes or if I would have shunned away from capturing anything. I can only imagine what it must have been like to witness these events up close as they unfolded. The documentary also really makes you consider what the final hour of life must have been like for those trapped above the impact zone. As sad and depressing as these thoughts can be, I think it is important for us to try to understand both sides of the experience, whether that be the observers who filmed and photographed the events or those who were unfortunately victims of the attacks. 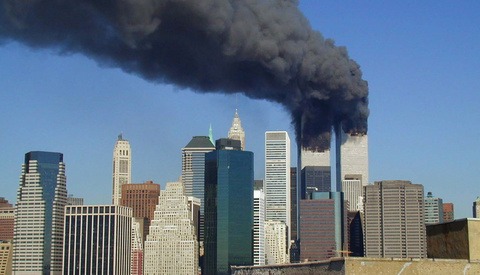 Historical / September 10, 2018
The Experience of Photographing September 11th As It Happened 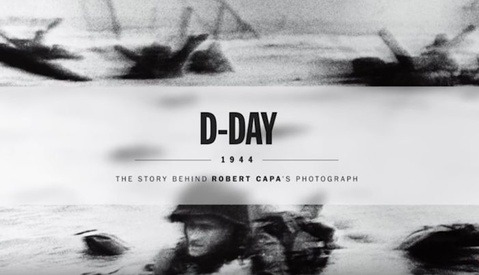 I just recently visited the 9-11 Memorial as part of my trip spent in NYC in early Sep. My visit vividly took me 14years back where I was witnessing everything on TV and I found it incredibly hard watching through this documentary still. As an individual photograph and not part of a sequence, this is an awfully powerful image that renders a surreal moment only few could ever possibly experienced in life. The surrealism in this capture is superb from an event photography point of view.

I watched that documentary on Hulu about a year ago. It's still difficult to watch all these years later. I think it's disappeared because although we realize how horrific the crime was, seeing photos of the jumpers makes it so much more personal, not only in our own reflection but seeing a photo of someone who made a horrible decision and is seconds from their death. I remember in the days after 9/11 when the photos were published (someone tell me I'm not the only one who still has a newspaper from 9/12) it did spark a lot of conversation at my college on what we would do if faced with a similar situation of jumping or dying in some other awful way.

I saw this a couple years ago on hulu as well. I think it's one of the most powerful documentaries (not to mention images) that I have ever seen. You're right though, it did take my experience and memories of 9/11 and bring an extremely personal element into the mix.

I can see both sides. As uncomfortable as it makes me to see these images, it happened and shouldn't necessarily be hidden. On the flip side, if it was my son or husband or parent, I would not really want the image on display.

I don't know if I agree Jerry. It's hard to say if the decision to jump was actual a decision or an instinct, but either way, it's a personal death that unlike the others was very public. Would you say we should have also photographed the exploded bodies as they lay on the ground and cry "these were public displays of death that should be shown" as well? It is easy to say we shouldn't censor the media and historic events but once you take the step to actually identify the person and bring further grief to their family, I think it can be in bad taste to keep using it in public media.

When I say public media, I don't necessarily mean Fstoppers and niche blogs but rather using an image like this on CNN and Fox everytime 911 is brought up (I know that argument is coming).

All that being said, I do think this image will be much easier to publish in 30 - 50 years when the pain is removed by one or two generations.

I don't think the images should disappear forever, but there is a time and place to display them instead of plastered all over mass media. I would expect to see them in the National Archives, museums, etc., but not every time the news mentions 9/11. And that would be for the same reason we don't display similar images of people dying from other events on a mass basis over time. Or the same reason we don't publish pictures of the jumpers bodies once they hit the ground (aside from being incredibly graphic). We, as a society, consider it disrespectful to the victims once they are able to be identified. I think it's important we keep the images around but exist in a middle ground between completely erased and becoming an internet meme.

9/11 wasn't an attack on individuals or wasn't a private or personal event, but I can't think of anything more personal that someone's death.

Immediately started tearing up. Still stops my heart each time I see photos from that day

Thank you for making this film. I started to watch it with trepidations, ready to click away. I was riveted throughout and impressed with the filmmaker's perseverance balanced by sensitivity. My nephew worked in the South Tower and died in that vicinity. As the only family member living in Manhattan, I was directly involved in searching for him and experienced the trauma of the day and the loss very deeply. The more we can know about that day and those lost, the better.

My brother Billy, Capt. of Eng. Co. 21 gave his life at the WTC, 9/11. Surprisingly, in my many discussions with family members whose loved ones did jump from the towers that day - many received partial recovered remains - they were adamant, to a surprising degree, that the public and future generations see the graphic images and hear the recordings of their loved ones deaths and final anguish. I think the vast majority of the thousands of family members, and by that I mean all but about 10, rank faithfully preserving and conveying the history of the day well above their grief and need for privacy. In the name of sensitivity, followed by political agenda and big $$$ interests, so much of 9/11 has been sanitized. And this leads to forgetting. We think we don't but boy, when you see these photos you realize; wow; I've forgotten. And that denies the meaning of their deaths. The families are not squeamish about this; they will tell you, "on her first wedding anniversary my daughter's torso was identified" or "I got a call from my son - on one of the flights - he said,'don't worry Dad, whatever happens it will be over quick.'" No one is in favor of exploitation, but the real problem has been sanitizing. I think the vast majority of families would support these photos - and more remaining in the public eye. For censorship at Ground Zero, see Facebook, Save the Sphere. Or google my name and WTC Sphere

I remember a few weeks after 9/11 Time Life Magazine came out with a special edition on this tragedy. Newspaper vendors told me that this edition sold out within hours...what boggles my mind is how anyone would want a pictured detail of death and destruction for the newspaper rack at home. All these horrible scenes, especially that of the falling man (RIP) are so deeply embedded and vivid in my memory that I need not be reminded by pictures...
Greetings from Berlin
Matthias

God help us all!