To capture this affecting photo series, photographer Emily Teague traveled to India and met with the women affected by sex trafficking and the women fighting to stop it.

Teague has been interested in documentary photography since high school. She has created street photography series in Israel, Palestine, Japan, Vietnam, and Cuba, but it was her project in Ghana, working with Free The Slaves to document child slavery in fishing villages, that made her want to use her platform to give a voice to those who have none. Since then, she's been interested in joining the fight against human trafficking, hoping that sharing these stories will mean increased awareness and increased activism. In an interview with SmugMug, who sponsored and supported her recent trip to India she said: "There’s a passion that drives me, but also a responsibility to humanity. If we’re conscious of the issues in our world, we have to work on doing something about them."

According to the International Labor Organization, it was estimated in 2016 that over 40 million people were involved in modern slavery. Of those, 4.8 million people were in situations of forced sexual exploitation, with girls and women accounting for 99 percent of the victims of the commercial sex industry.

In India, the law states that victims of sex trafficking can only be photographed in a way that protects their identity. As a result, each photograph shows a faceless woman or girl that becomes a haunting, poignant metaphor for the people affected by sex trafficking; these women and girls could be anyone while also representing everyone. It's also a stark reminder of how often we, as a society, turn a blind eye to the victims hidden behind the curtain, because what is happening to them doesn't seem real to us. 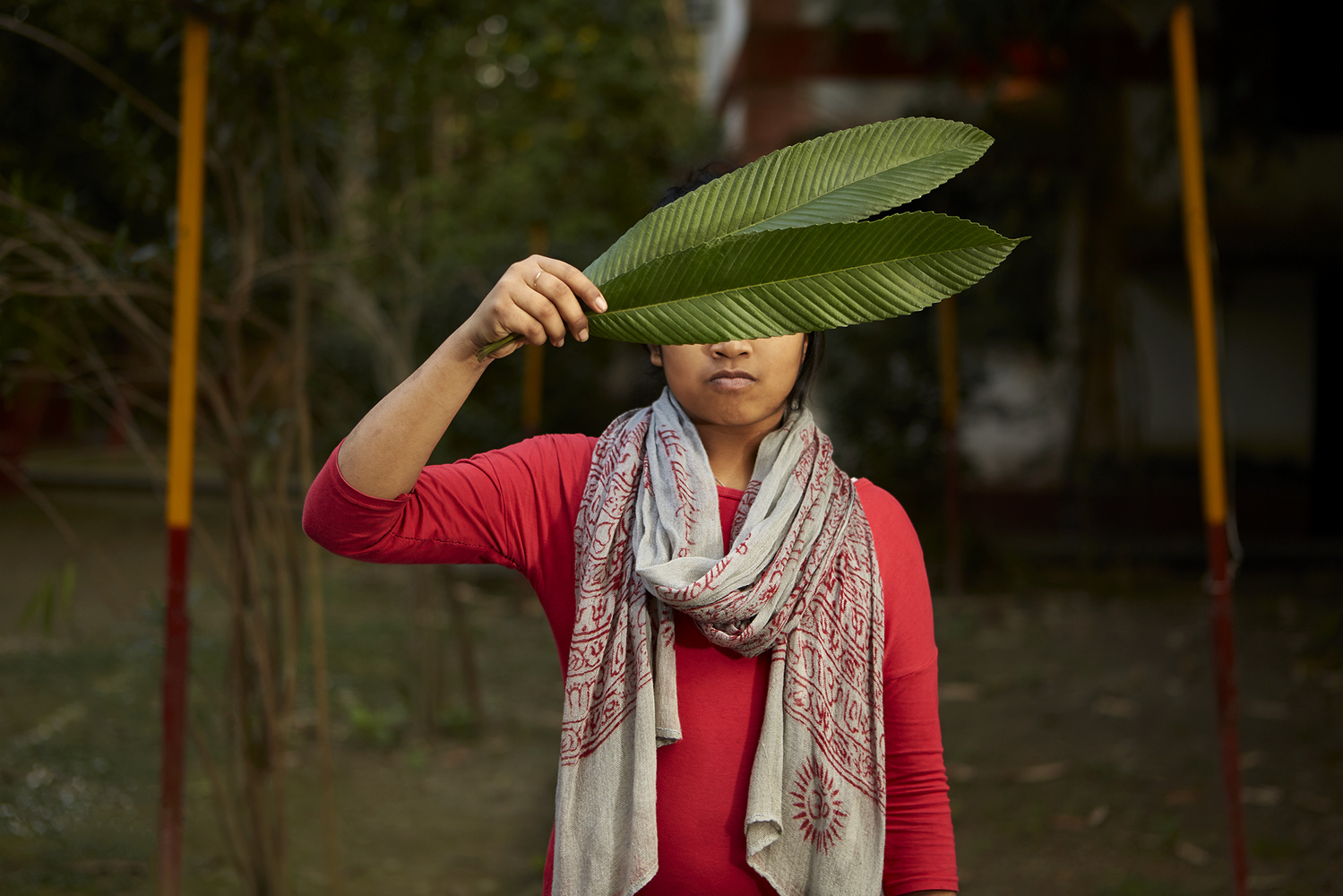 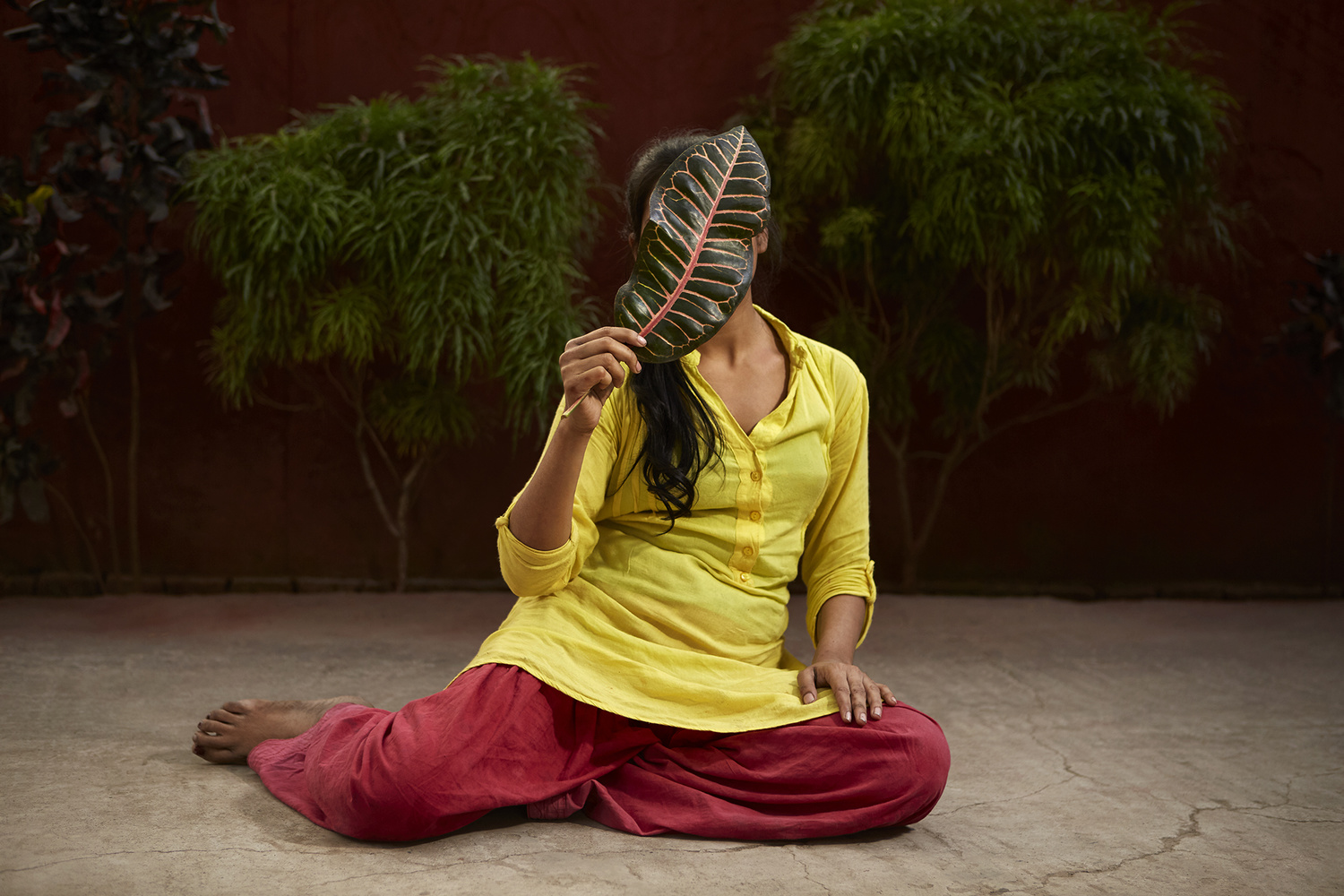 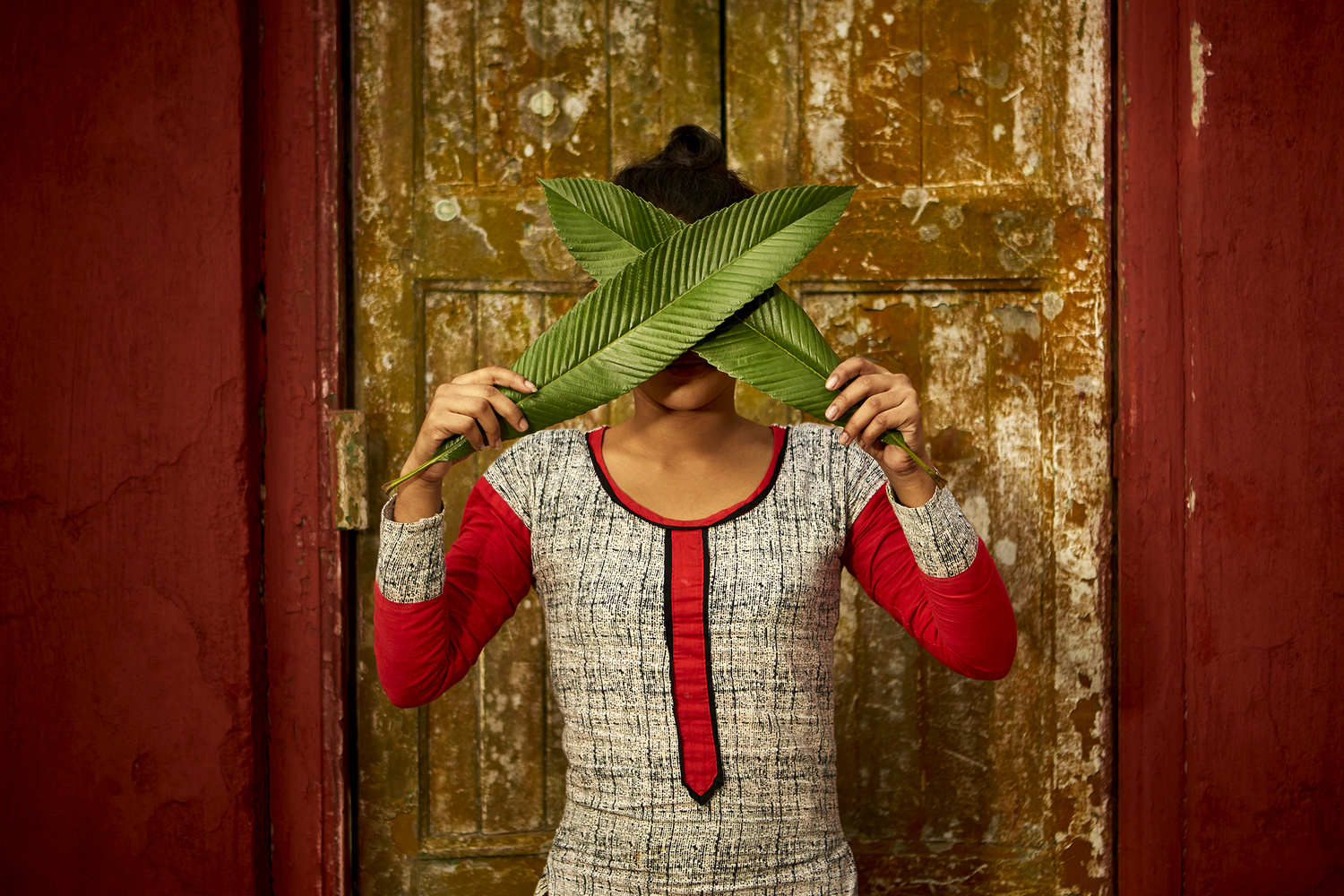 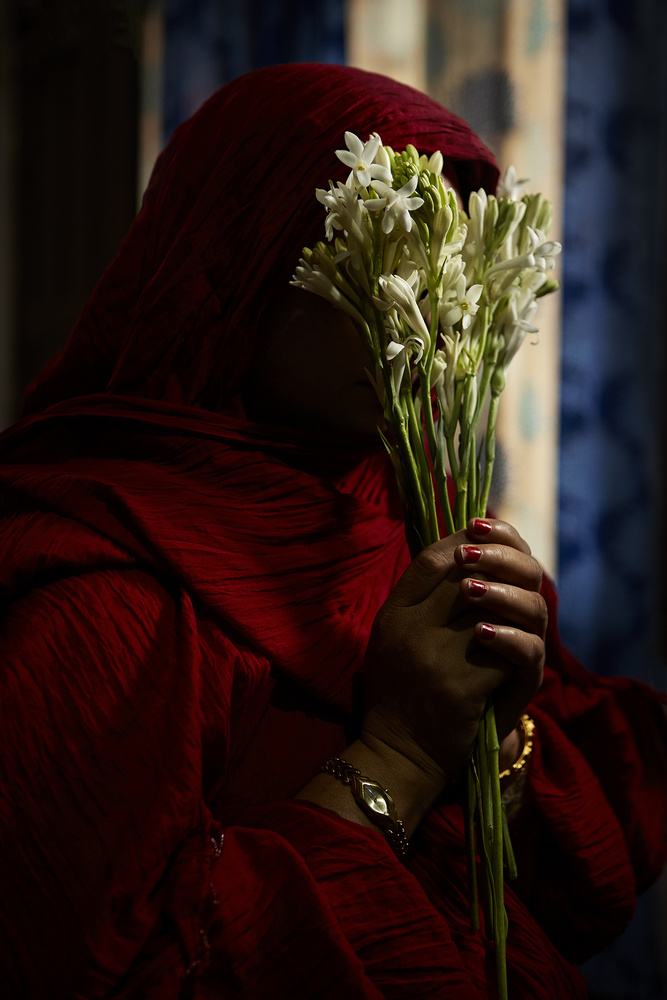 Despite being both physically and emotionally drained by the trip, Teague said it's the fierce, intelligent, resilient, passionate women fighting to end sex trafficking that keep her feeling motivated to pursue projects like this one, women like human rights activist and lawyer Shama Sinha. 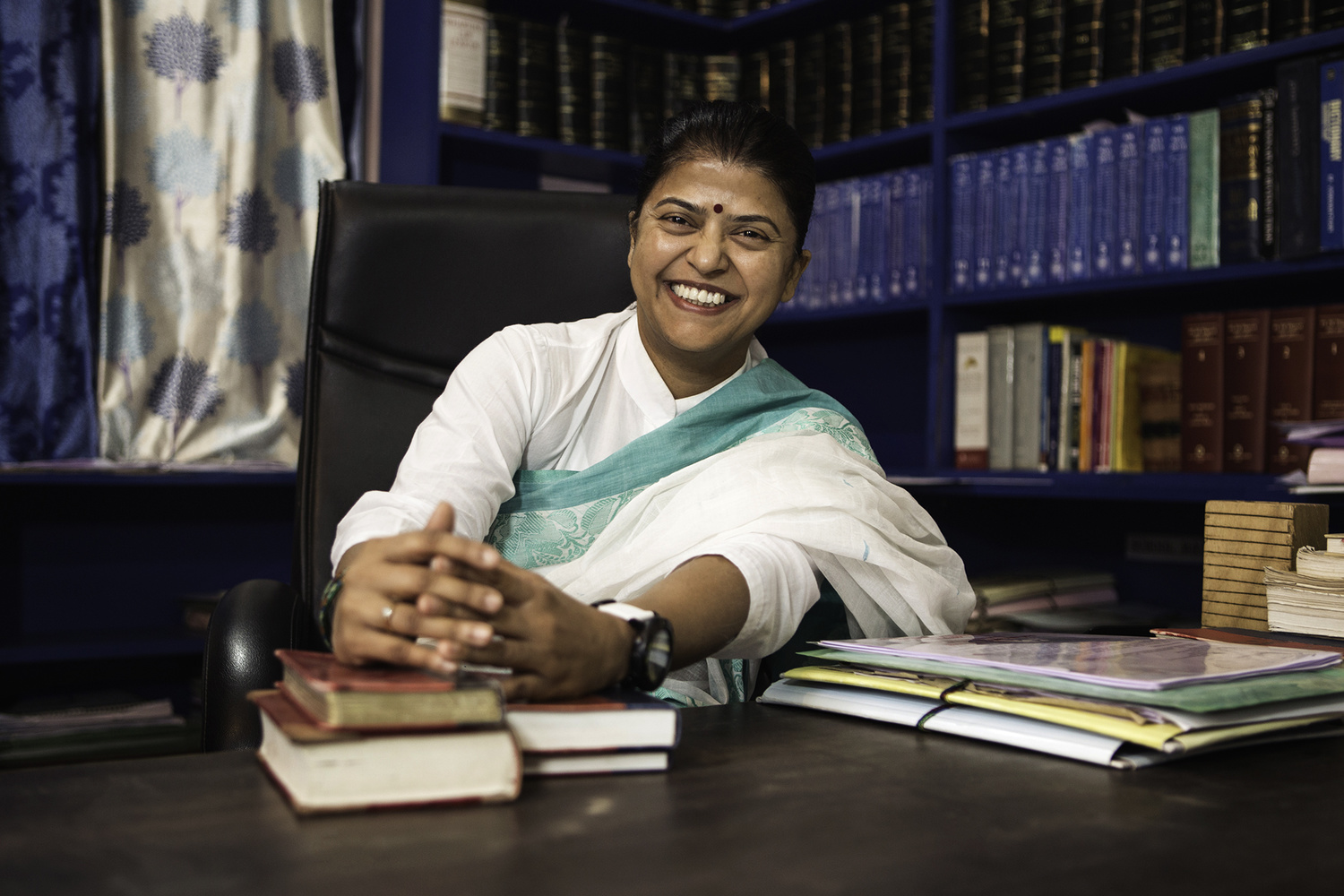 For photographers who want to take on a project like this one, to use their voice and talent to bring awareness and hopefully change to difficult problems, Teague says that she hopes they'll go for it. She encourages photographers with a passion to affect change to have a solid portfolio, a proposal that will explain why documenting the issue is important and how a partnership would benefit both the cause and the company they're interested in working with, and then to be brave enough to reach out to organizations that focus on those issues. She said: "We’re so fortunate as photographers to be able to have something we can give back to the world. We’re story tellers, documentarians, and creators."

I agree, and I hope that this project helps bring awareness and action to a global problem that is too often swept under the rug and inspires other photographers to go out into the world and use their talent to help change it.

If you want to help fight human trafficking with your pocketbook instead of your camera, Teague recommends these organizations: Blossomy, Sanlaap, Hamari Muskan, Her Future Coalition, and Bachpan Bachao Andolan.

Documentary / September 27, 2019
A Photographer's Moral Dilemma: Getting in and out of the Field

Thank you so much for sharing this project, Nicole! ❤️

Good story, and touches on art & phtography as a means to social commentary.

It can be powerful such as the wilderness campaigns in Tasmania where photorgapers such as Peter Dombrovskis changed public attitudes to building more dams in sensitive areas.

Not remotely as influential, but I did a shoot for a our newspaper at a local soup kitchen, and framed my shots from behind to make the homeless people anonymous. LOL then one realised he was wearing a shirt that identified his employer, and asked me to not use the image. So of course I deleted it while he watched.

Anyway, making people anonymous by holding up the leaves is a more overt, powerful statement.

I am hoping one day fstoppers can highlight the work of Indian photographer who captures some of the good and beauty in India. I have spent much time in India and while there are many serious issues the only stories that are in the spotlight seem to be from Western photographers who have a "responsibility to humanity".

Hi Yin Ze,
Completely agreed that there should be more representation from Indian photographers. I would hope that any photographer capable and interested in doing documentary work would though. I would never try and put a person I’m photographing in a demeaning manner as the example of the photographer that you attatched did.

Yin Ze,
that is a completely valid point, and while I think any photographer--any person--who wants to make a difference in the world should be appreciated, and that Emily approached this difficult subject with tact and grace, I agree that it is just as important to show the beauty and dignity of a place, as well as celebrate the native photographers working there.
To that end, I'm going to make it a point to find and feature more photographers doing great work in different parts of the world.
I appreciate your feedback!