A Glimpse of the Future from DJI

In a recent video, DJI aims to capture what the future with drones may look like. Personal video recording with multiple drones, anyone?

The video showcases some of what DJI has planned for the Phantom X concept drone: obstacle avoidance, multiple angles, simultaneous coverage by multiple drones, and object tracking. While the video plays to our infatuation with romanticizing the future, most of the features don’t seem outlandish. If you would have shown me this footage last year, I probably wouldn’t have had a similar reaction. However, with the release of the Lily drone and the Tesla self-driving car, most of the features shown are actually possible with today’s technology.

Imagine being able to capture footage of your gorgeous coastline drive from the seat of your car, or grab brilliant aerial footage of that 360 you just landed for the first time. The future appears bright for extreme sports athletes and filmmakers alike. There are even incredible engineering applications for such devices. The cameras keep getting better and better, allowing for very accurate 3D modeling using photogrammetry. A surveyor could singlehandedly walk and map an entire site and create a 3D model without spending tens of thousands of dollars on a laser scanner. I’d also bet realtors would kill for this type of footage for touring properties.

I see major applications in virtual reality creation as well. The ability to capture multiple angles simultaneously could cut down on production time significantly when capturing footage for use with the Oculus or similar devices. While the Phantom X is only a concept right now, I don’t imagine it’s so far off either. 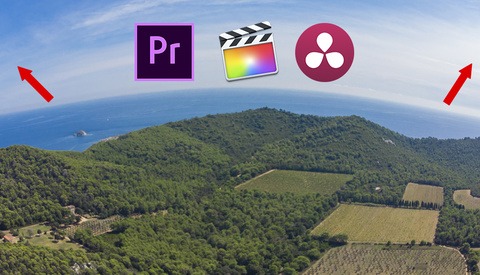 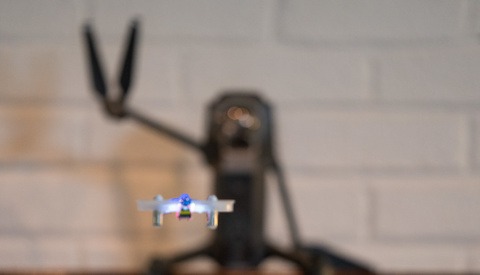 BOOM!
I LOVE THIS!
Tools that can propel the message further... DJI is not a "one hit wonder" they have really stepped up to the demands of creatives.
BUT... I do wonder what their intent is for investing in Hasselblad???

The multi drone concept is absolutely brilliant. As someone who is just getting into film, this gives me so many new ideas.

What I found a bit ridiculous about that concept is that each drone would be in the other drone's shoot. If you really need multiple angles it seems like you would just film each angle individually and really nail them down

I agree Patrick. If you're a filmmaker, you just carefully choose your shots. I guess what they wanted to do here is simply show that you'll have the option of doing live multi cam and actually see if your other cameras are in the shot which they most likely would be in this case.

I see your point, but if you had them at different elevations and on my in a triangle formating, so say front left and center, you may be able to keep a clear frame.

cant wait until everyone has a drone following them, I will get to see them eating brekfast on facebook instead of just a photo ;)