An argument for using either a UV filter or lens hood is for protecting the lens and especially the front element. Last winter, I experienced just how important a lens hood is.

Last winter, I was out doing some winter photography in Denmark. I went to a location in the northern part of Jutland, where a huge dune was swallowing a lighthouse, a rather unique location and one I have visited several times. However, this was the first time I visited it during winter and snow.

Walking around a dune, you usually sink into the sand, but as it was winter, most of the sand was frozen hard and occasionally covered with snow. After a couple of hours of photography at one location where I got some great photos, I tried to reach another vantage point.

I usually tell people to pack their gear into their backpack when changing location, as you never know when you are going to slip and fall. As I knew the location very well and never really had any problems with snow in Denmark, I went for the lazy solution and just carried the camera on the tripod over my shoulder.

While walking to the other location, I underestimated just how slippery dry snow can be when placed on frozen sand. As I tried to walk up a small dune on top of the big one, I slipped.

Within a fraction of a second, my right foot disappeared underneath me, with the result being me first hammering my knees into the concrete hard sand, followed by the rest of my torso and head. Auch! Luckily, my head was fine, but the fall swung the tripod over my head as you would swing an axe to cleave a chunk of wood. Problem was a $3,000 camera and a $1,500 lens was attached to the end of the tripod. The lens hit the concrete-hard sand front first. Double Auch!

Instead of destroying $4,500 worth of equipment, I only destroyed a spare part of $50. 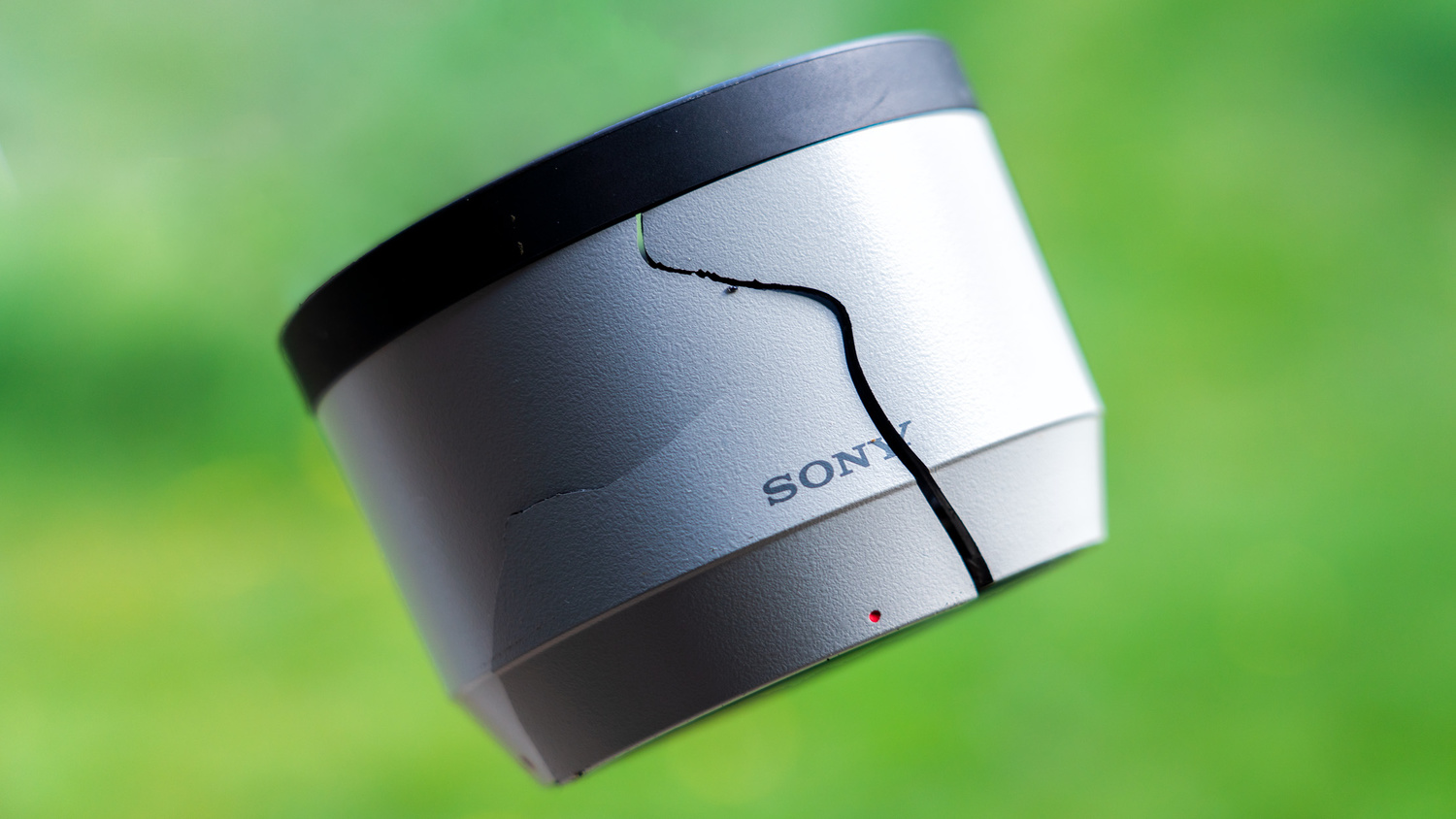 Had I used a UV filter for protecting the lens, all the energy from the collision had been absorbed by the lens and camera and probably broken the lens mount.

What I learned from this:

This experience is of course only one. Have you had similar experience where your lens hood saved either your entire setup or the lens?

If you want to see how the day went and how I got one of my favorite photos from 2019, you can see in the video above. 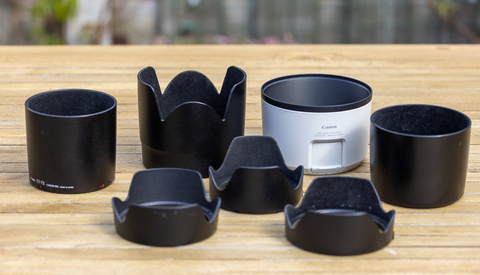 Education / June 30, 2022
Basic Information About Using a Lens Hood and Reasons When Not To Use One 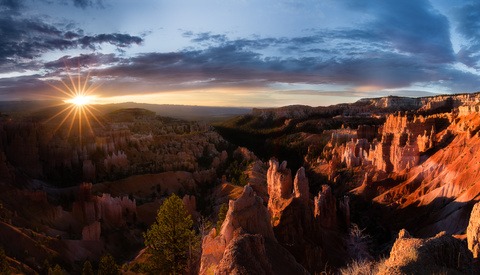 Education / January 29, 2019
How to Prevent Lens Flare in Your Landscape Photography 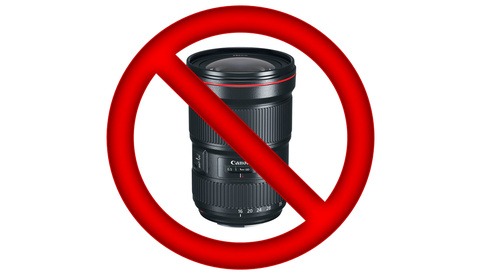 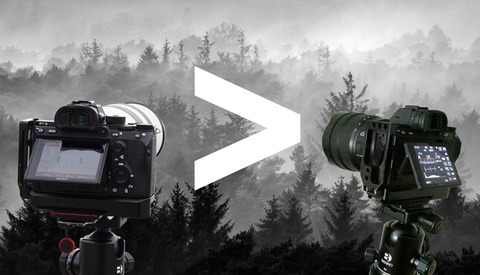 Education / September 2, 2020
When a Telephoto Lens Is Better Than a Wide-Angle Lens for Landscape Photography 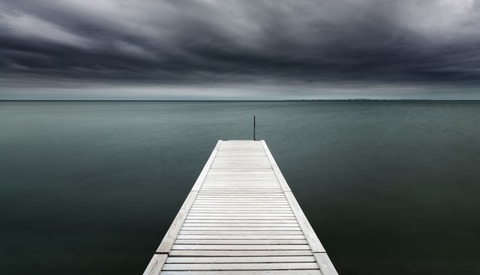 Education / December 4, 2020
How to Master Your 24-105mm Zoom Lens for Landscape Photography

Education / May 24, 2019
Seven Things That Are Good to Know When Your Camera Has an Electronic Viewfinder
Log in or register to post comments
21 Comments

I'd recommend doing a bunch of testing on the lens at different focus and zoom levels to make sure it is still focusing accurately in all situations. An impact that hard may have still caused some damage to internals or knocked it out of calibration. Still, way cheaper to fix than buying a new lens but better to find out now than on a shoot. ;)

Yeah, I might have to do that as it does seem a bit soft at 200mm in certain parts of the frame. Thanks for the heads up :)

Fully agree. I had the same happen on my 16-35, I thought it was fine (no external damages except on the hood), but the lens is soft in the sides at all apertures. Just heard from the repair place that they declared it a "total loss".

I'm gonna be a little pedantic: Most cases to protect a lens from falls, lens hood is far better than a UV filter, as you've correctly stated.

If one must protect the front element from a direct hit, say at a NHL shoot, where a photographer is sticking the lens through the plexiglass, then you'd want a UV filter.

Most of us would be far more concerned about a dropped camera than taking hard pucks though :)

"If one must protect the front element from a direct hit, say at a NHL shoot, where a photographer is sticking the lens through the plexiglass, then you'd want a UV filter."

And you won't accidentally drop the hood through the plexiglass and mess the game up momentarily ;)

On the contrary actually, a UV won't protect much against something like a direct hit from a slapshot. UV filters are very thin. I can't remember the video now but a while back a photographer did a bunch of testing with point impact velocity against lens front elements and UV filters and his findings were:

His experiment was done dropping weight with a point on it from fixed heights to simulate different levels of impact force. It doesn't account for say a grinding motion. (say a front element slid across concrete). Though that is a situation where the lens hood is better protection anyway.

Side note: For shooting sports like Hockey a lens hood is super important as there are often a ton of bright light sources around the arena that cause flaring. Being able to mitigate that as much as possible is important. That said, duct tape the damn thing to the camera or buy one that screws into the filter thread, standard lens hoods come off way too easily for a situation where having it fall off could ruin a game or injure someone.

There have been photographers that managed to survive a puck hit with UV filter, but that's not exactly a repeatable experiment (nor would you want to).

And a hood is most certainly needed for functional reasons.

At the end of the day, I'm in agreement that lens hood is a much better choice for most as some kind of drop protection, and I'd avoid using a UV filter for that purpose anyways.

In general, I prefer to use a cap (+ hood) to protect my lens ... I know you can waste time by removing the lens cap and miss a photo, but when you take landscape pictures, it's more like rare that the landscape runs away…

The funny thing is that in the situation you were in I might actually advocate for UV filters, in addition to lens hoods.

I think UV filters are defensible where stuff like snow or sand are often blown into the front element of the lens. The abrasive nature of the sand would be of a particular concern & the moisture from the snow constantly building up on the front element could seep into the lens.

Nonetheless, I am glad your equipment (and you!) survived. :)

I had the exact same circumstance while photographing down here on Miami Beach. Ok, I'm joking! Thanks for the insight.

Hoods on all the time here for that reason. As for UV filters, best upsell any camera she can wish for.
In 12 years of professional photography I have used a UV filter once. When shooting muddy motocross close up. Lens element was fine, camera was utterly F**&ed from all the mud and sand though.

I always use lens hoods, even when I am shooting indoor like at an NBA game. They are a far better option for protection than a filter and of course have the added benefit of blocking out stray light from the sides. However if my hood on my 400mm 2.8 VR was to break like your's did it would still cost $900 to replace. Of course better than a new $10k lens, but still ridiculously expensive and you wouldn't want to lose one either!

Before you jump for joy I would first inspect the lens mount and make sure it did not bend in anyway and second make sure you do not now have a decentered lens. I would be very surprised if one or the other was not there from what you described. A weak point to Sony camera's is their mount and a bent camera lens mount is no good and will cause autofocus issues.

Ahhhh yes! Same thing happened to me. Lens hood "saved" my 6D + EF 135 1:2. At least I thought so, untill some 3 months later the lens stopped focusing at infinity.
Sent the lens through CPS and some teflon elements inside were cracked which caused the lens to fail later.
As for the 6D, that thing could fall off the Empire State Building and still work.

I am saddened that lens hoods aren't always included with the lens, its should be, especially if you pay thousands of dollars or in my case kroner on it.

Many years ago when I was flying in the Air Force we landed at a dirt strip in Cambodia. I saw some monks in their saffron robes holding AK-47 assault rifles watching us so I decided to open the top hatch and take a picture. After several pictures I decided I had pressed my luck far enough and put my Nikon F2 with Tamron 35-220 lens on the top bunk so I could close the hatch. Naturally I knocked it off the bunk, onto the steel deck, down 3 steps to the next steel deck, down two more steps, and finally into the dirt. I just knew it was totaled. Turns out it was scratched from the bouncing, but only the aluminum lens hood was bent. The meter wasn’t even thrown off as I compared it with a friend’s F2 when we got back to base. Been a Nikon user ever since. And always try to be more careful.

Early in my photo adventures, after commiserating with someone who destroyed their camera by dropping it, I resolved to always use the neck strap for my point-and-shoot, wrapping it around my wrist sometimes. Unless it is on the table in front of me, it is always tethered to my person. I stick it in its bag while walking to and fro.

So far, so good. This is not to say I will not do a face-plant sometime in a pile of rocks while wearing my camera. The Canon G12 has served me well. My trusty little HP R507 got damaged in a carry-on. Should have had it in a little case. Picked up its clone off EBay for maybe twelve bucks.

Ideally we replace our working cameras at our leisure with a big and happy upgrade. Best of luck, everyone.

Happend to me 2 months ago, I fell, the lens hood iq broken because it felt this way and everything else is still perfect!