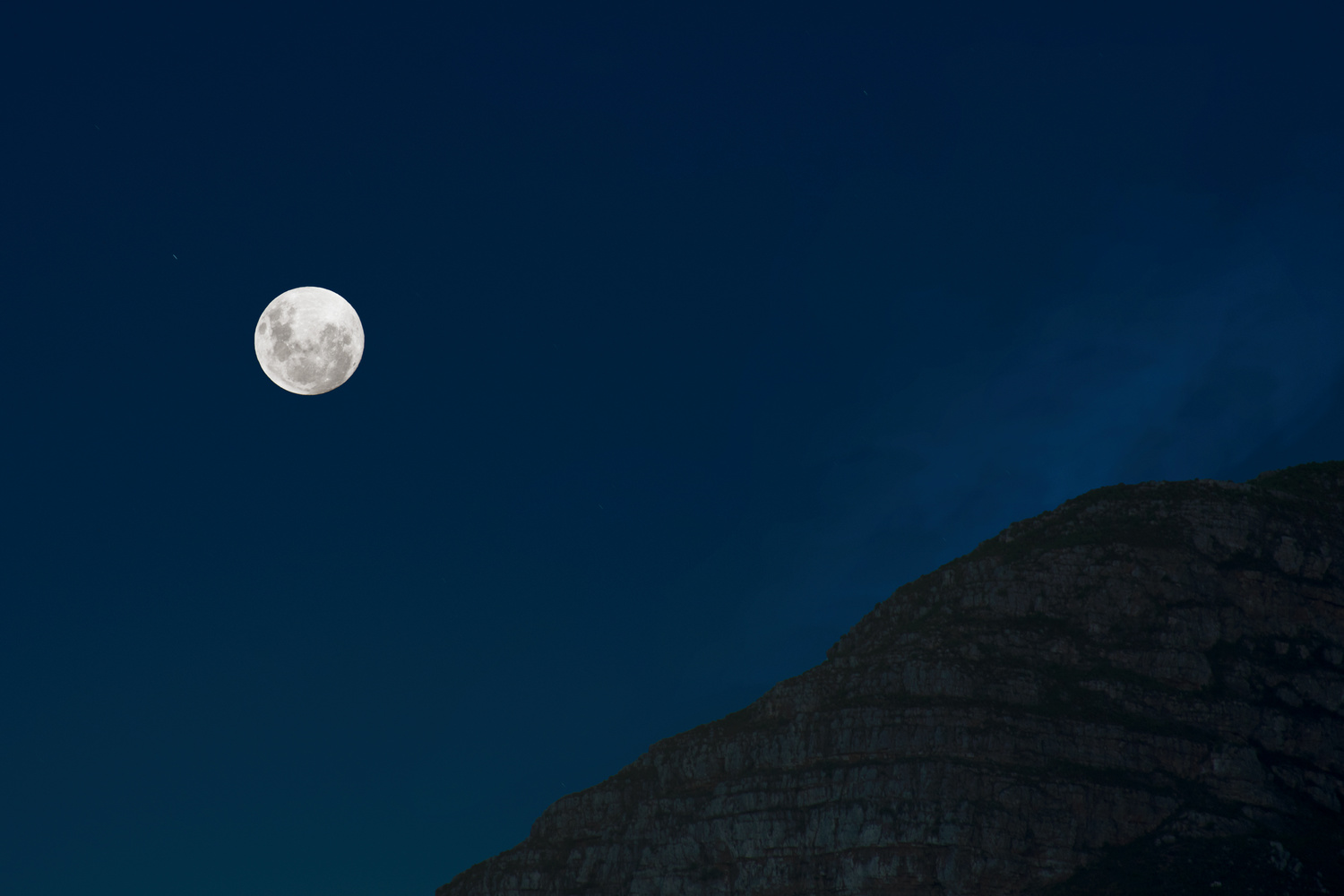 This full moon image was created using two different exposures - one of the mountain face in focus with early the blue shades of evening sky in the background. The other of the moon itself so that I could capture its craters and surface without the highlights being too overexposed.

Time was against me because the moon was rising and I had this composition in mind that I wanted to capture.

I noticed after taking the shot that there was some well placed clouds just behind the mountain that added another layer of depth to the shot.