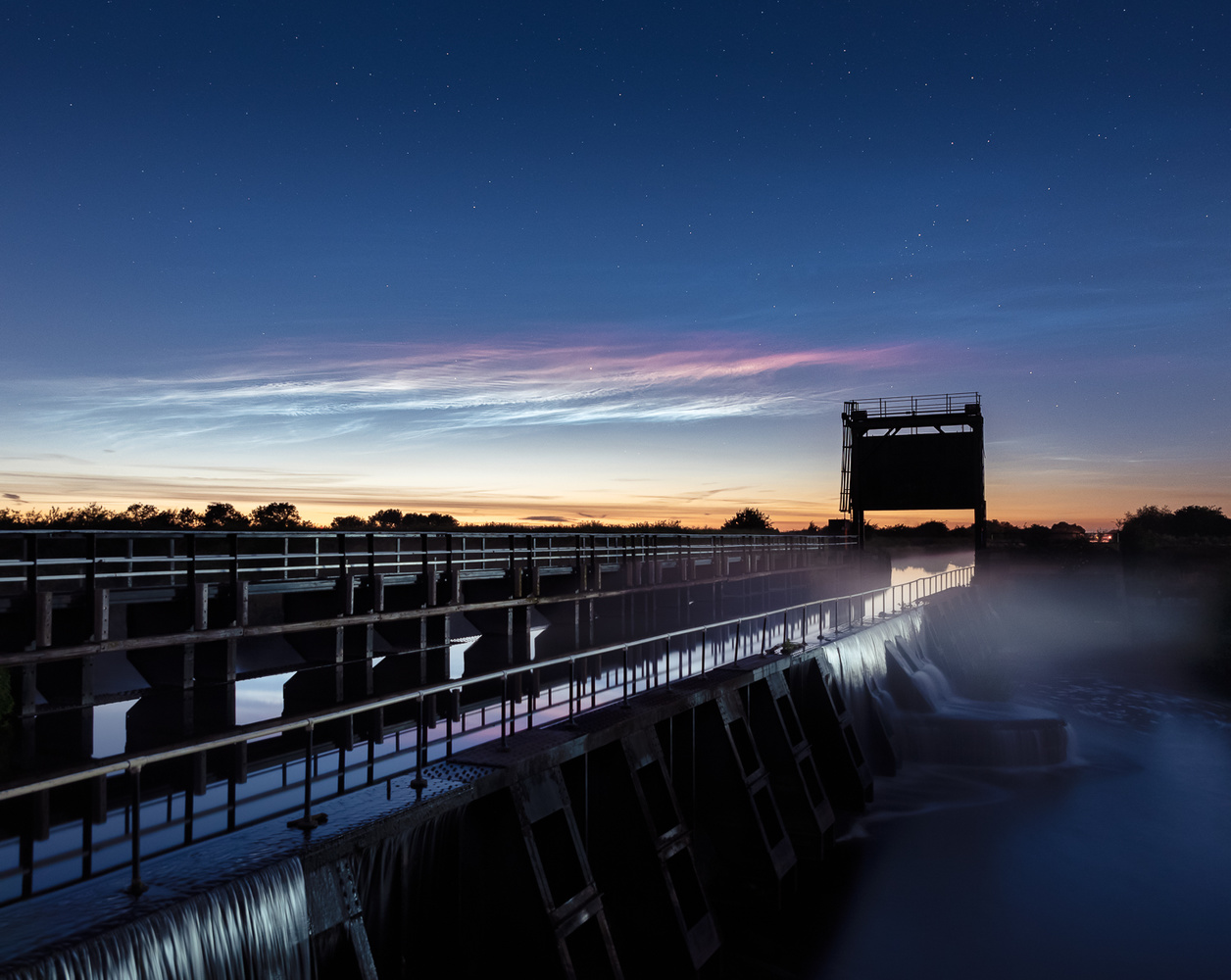 In 2019, the second year that I captured noctilucent clouds. This aqueduct which bridges a canal across a river is about 10 mins from home, so when I saw the clouds I set off. The structure at the far end is a large gate which can be lowered (there is another just to the left off camera). I got some nice mist as well which billowed out from under the aqueduct. Large security lights on a building far off to the right helped illuminate the foreground a bit.

Noctilucent clouds, or night shining clouds, are tenuous cloud-like phenomena in the upper atmosphere of Earth. They consist of ice crystals and are only visible during astronomical twilight. Noctilucent roughly means "night shining" in Latin. They are most often observed during the summer months from latitudes between ±50° and ±70°. They are visible only during local summer months and when the Sun is below the observer's horizon, but while these very high clouds are still in sunlight. Recent studies suggest that increased atmospheric methane emissions produce additional water vapor once the methane molecules reach the mesosphere – creating, or reinforcing existing noctilucent clouds.

They are the highest clouds in Earth's atmosphere, located in the mesosphere at altitudes of around 76 to 85 km (249,000 to 279,000 ft). They are too faint to be seen in daylight, and are visible only when illuminated by sunlight from below the horizon while the lower layers of the atmosphere are in Earth's shadow.