Five Times Bigger Than Full Frame at a Fraction of the Cost: The Mamiya RB67

Have you ever wanted to shoot medium format but don’t know where to start? Have you been wanting to try shooting film but 35mm doesn’t seem like it’ll be enough? The RB is here to help.

The Mamiya RB67 sets the standard for an affordable 6x7 medium format film camera. If you’ve never shot 120, it’s an incredible experience. Think of it like an all manual 35mm film camera that has so much more perceived resolution when viewing two photos at the same size, you’ll never want to go back. Coming in at nearly 5 times the frame size as full frame/35mm film, a proper 6x7 camera with a good lens can make anyone a fan.

My experience with this camera has admittedly been somewhat limited by its size and weight. Until I got a smaller medium format camera, the RB67 was my go-to body but has been relegated to photos around the house or not far from a car. Nevertheless, it’s one of my favorite cameras and I won’t ever sell it. Lately, it’s been my camera for studio work and I couldn’t be happier with the results. 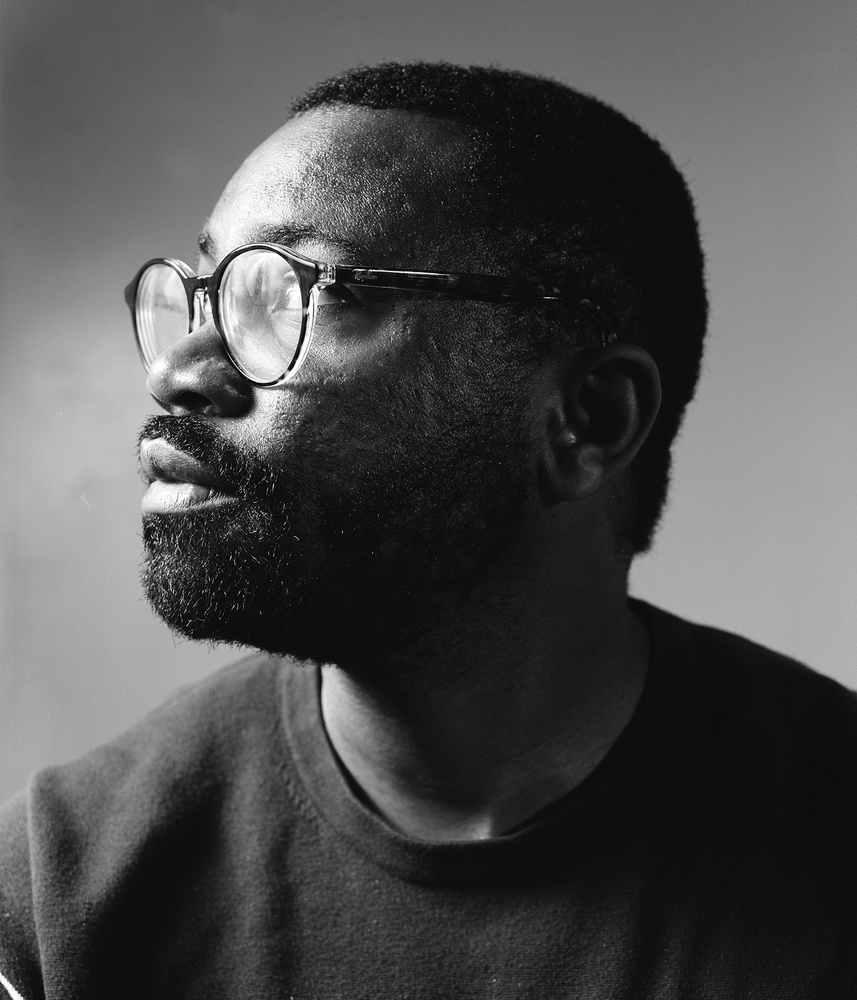 The “RB” of the RB67 stands for “Rotating Back.” There are 3 versions of the RB: RB67 Pro, RB67 Pro-S, RB67 Pro-SD. The original model made its debut in 1970 and is probably the least common model as I’ve never seen one before. The Pro-S model came out in 1974 and saw a few improvements to the camera. Namely, they added an indication to the focusing screen that indicates whether the back is rotated into portrait mode or if it is still in landscape. While this may seem like a frivolous or unnecessary addition, it’s quite nice to have. The final model, the Pro-SD, was released in 1990; more than 15 years of the Pro-S started its production.

If you’ve ever picked up or held an RB67, you know the camera is basically a fancy looking anchor. It is built to withstand the worst abuse you could imagine putting a camera through. And given that it’s 100% manual, it’ll work in even the most extreme conditions. The fact of the matter is that build quality is so good, it’s honestly the only thing worth complaining about for the entire camera. Ironic, no? Though I’ve thus far been lucky enough to not have to not have any issues with my camera, I’ve read on online forums that some people can have issues with the bellows. It does seem like the Achilles heel of the camera but I’ve never met anyone who has ever owned this camera and had this issue. 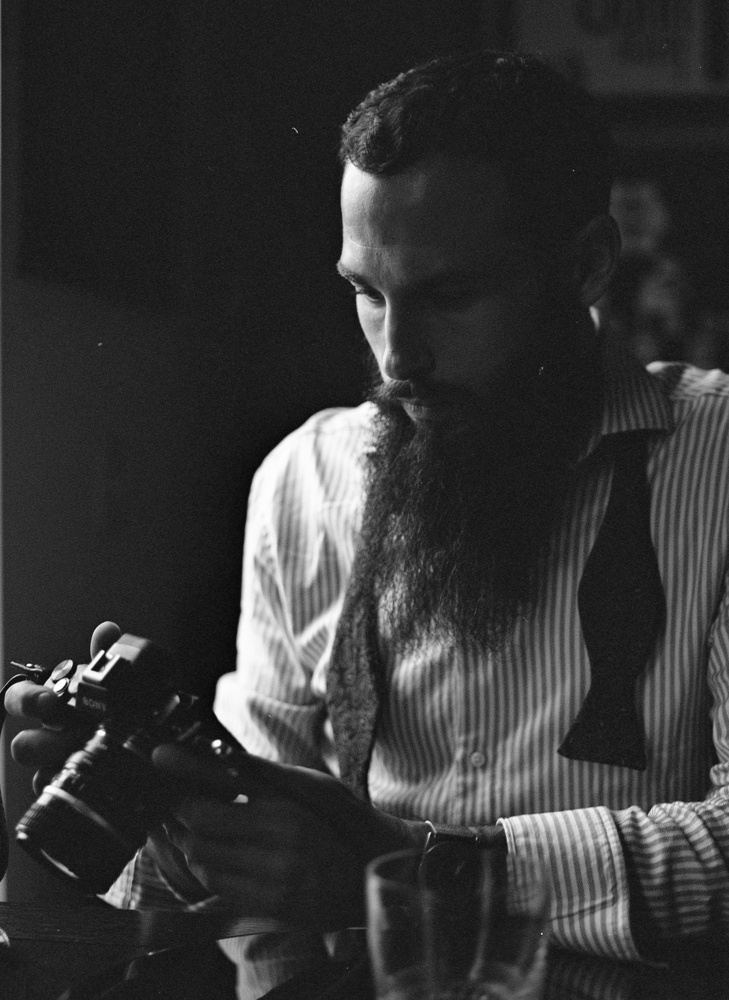 Mamiya made so many accessories for the RB, the list is far too long to mention. There were a number of focusing screens (6 to be exact), waist level finders, prisms, magnifying hoods, grips to hold the camera, etc… Given that the camera itself is pretty inexpensive, you can set it up with just about any accessories you can find and still keep the price under that of what most other 6x7 cameras would cost. Though I’ve not done it before, you can shoot Polaroid film on this camera. It’s my understanding that this was how studios would have quickly checked the lighting setup prior to shooting but I’m not certain how true that is.

Mamiya glass is fantastic. The standard lens that the majority of RBs come with is the 90mm f/3.8 C. This is the same the same lens that I have and I think it’s fantastic. The full frame equivalent would be 45mm f/1.9. This is not a focal length that I am used to on 35mm but have grown to appreciate on the RB. My second lens, purchased for using in the studio, is the 180mm f/4.5 K/L lens. This particular lens is the same optical formula as that of the RZ67 lens. Given the extremely shallow depth of field on this lens, nailing the focus can be a bit more difficult but it’s been wonderful to use.

Aside from the 2 lenses that I own, there are a great deal of them available. The more unusual ones include a fisheye lens, a shift lens, a zoom lens, a soft-focus lens, a few macro lenses, and a few APO options. While this is not true for all focal lengths, many of them came in 3 different models: C, K/L, or neither. Lens not distinguished as C or K/L are the oldest and tend to be the least sought after. The C lenses tended to have improvements to the optical formula as well as coatings. The jump from the C to K/L lenses I’ve read can be a big improvement or no improvement at all – depending on the lens. The lens that I’ve looked for the most is a 75mm f/3.5 K/L which is only available in the K/L series glass. 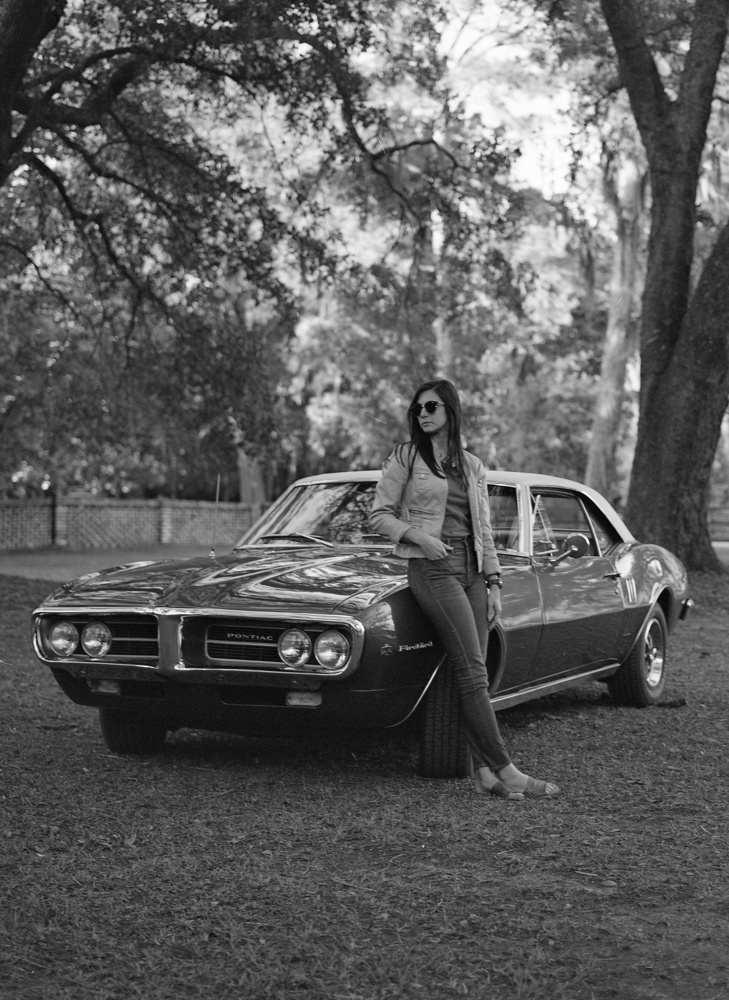 I cannot recommend the Mamiya RB67 Pro-S enough. For a first medium format camera, it’s tough to beat the value. You’d be hard pressed to find another camera of similar quality that produces 6x7 negatives and can be found for the same price as the RB. While I don’t use as mine as much anymore except as a studio camera because of the weight of the camera (and having lightweight alternatives,) I still use this camera a great deal and the photos I’ve taken with it over the years have been some of my favorite pictures I’ve ever taken. Even though I have two 6x4.5 cameras, the 6x4.5 back for the RB produces spectacularly beautiful photographs.

Have you ever shot with a Mamiya RB67 in any of its 3 versions? What was your experience? 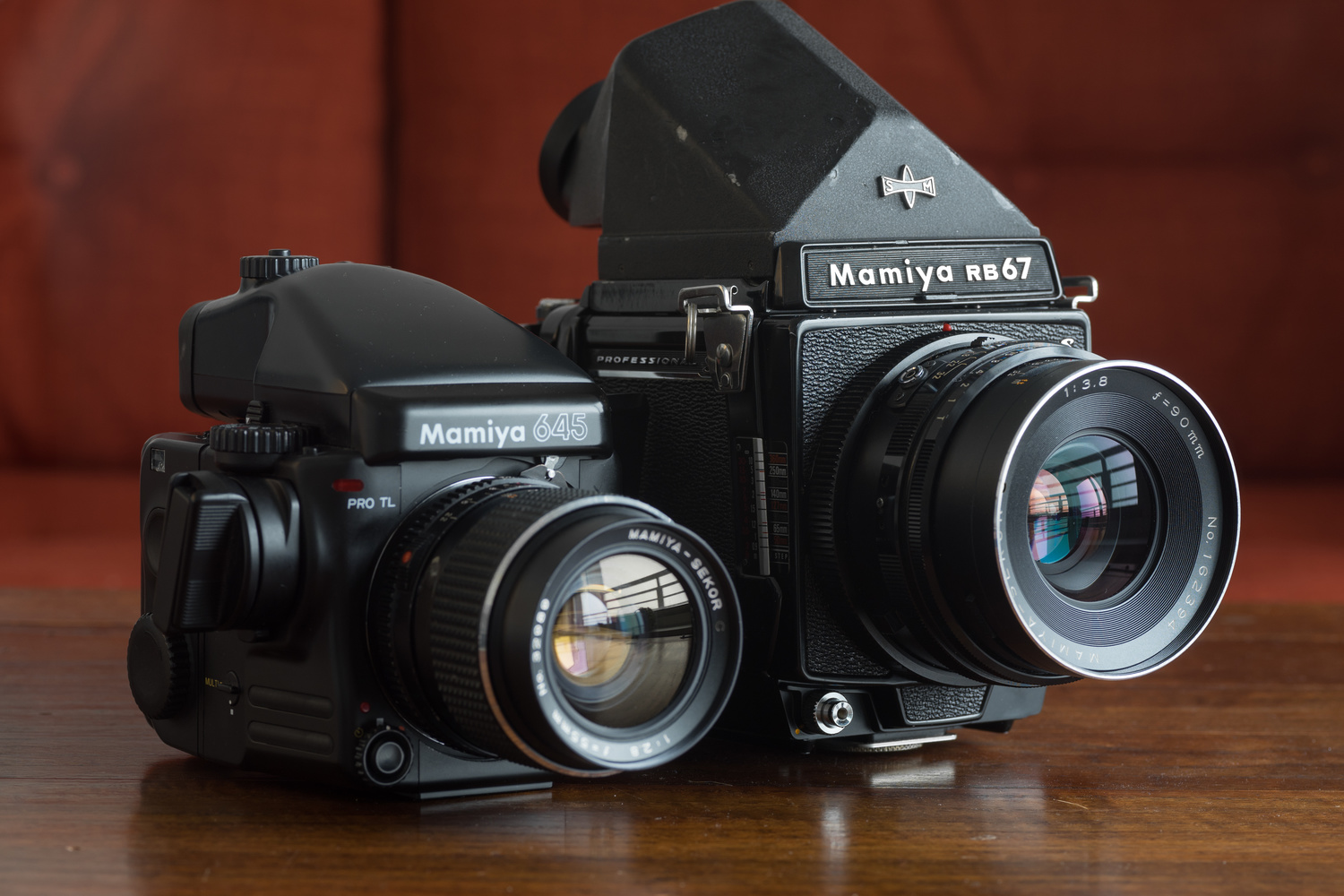 In addition to that one photo sensor array per shot at affordable prices!

The photo sensor array? I'm not sure I know what you're referring to. But I love the enthusiasm!

I owned the RZProII many years ago and loved the images it produced. It would not make sense in the Commercial world these days but perhaps as a personal camera. The availability of Polaroid back film, E-6 and C-41 film stock and labs to process the film are becoming even more scarce these days.

For Polaroid back, just substitute a digital camera.There is plenty of film stock and chemistry, in fact film use is on the rise and so is investment in its production- a lot driven by movie producers who still (in some cases) prefer film. The wait time for film is the only drawback, but this could be manageable.

Using a polaroid back will tell you what the RXZ is seeing, if it is focus or the exact exposure (handy when shooting E6 film) A digital camera will tell you something useful, but not everything

Oh, the RZ Pro II is a great camera. It's a good deal lighter than the RB but quite a good deal more money. I'm not sure where you're located but in Ohio, there are plenty of shops (the closest for me is less than 10 min away) that carry B&W. C-41, and E-6 stocks. And there's a couple places in town that do processing that can usually turn it around same day.

There's a Japanese seller selling a multi-lens kit for two big clams. Seems like a pretty good deal for the package: https://tinyurl.com/vzr4dpo

That does seem like a decent deal. Right now I'm keeping an eye out for a good deal on a Mamiya 6 or 7. If you see one of those, let me know!

How can you not include a photo of the camera ?

Very fair point. Haha. I will look to see if I have a decent photo of it and if it's possible to retroactively add it.

Got one added! Only photo I have of the camera but still. Thanks for inquiring!

I've never seen one of those but I'd be super tempted to pick it up if I did.

I used an RZ and there was nothing as comparable as the feel of cocking the shutter with that one stroke lever. I loved that camera.

The RZ is a great camera! A good amount more advanced than the RB and a lot more expensive. Would love to own one at some point.

Used RB`s for many years in the studio and on location for weddings, always loved them. just recently sold my last one with many accessories. I don`t shoot professionally anymore so I took the digital plunge. My Sony A900 has all the resolution I need now. I still miss the RB`s though.

You had multiple RBs? That's awesome. I cannot imagine shooting them for a wedding or anything where speed and efficiency are needed. With that said though, I suspect with practice it would be really doable.

Hi James. Yep, had two identical kits at every wedding, one mainly for backup. Church group shots were usually tripod mounted, the rest of the event was handheld with a bracket and Vivitar 283`s mounted. I could work pretty quickly with practice, pre-focusing helped during the processional etc. Best regards...Art

That's wild. Sounds like a heavy load to be carrying around! What lens(es) did you tend to use most? Any that you found to be any better than the rest?

Pretty much used the Sekor C for everything, zoomed with my feet so to speak. Had a 180 if I needed more reach. It was quite a load to lug around, my camera strap resembled a guitar strap.

Nice! That is quite literally the exact same setup I currently have. I started with the 90mm C lens and not long ago picked up the 180mm K/L lens.

I too used a pair of RB67s for wedding work. Those RBs replaced a pair of Pentax 67s. The RBs were WAY WAY faster to work with than the Pentax 67s because the Pentax needed to have film loaded into the body. I eventually replaced the RB67s with RZ67s. I now have an RZ67 Pro iid. I love it. Although I probably shoot digital with the RZ more often than I shoot film. It's a really fun camera :)

It's a wonderful camera... Almost like shooting with a toaster oven, but the mirror slap is lovely 😊

The RZ was my workhorse for twenty years, industrial, aerials ( how did we manage with 1/400 top speed ), executive portraits, some architecture if no movements required, several calendars and the odd product shot. I even lugged it around the Sahara Desert in Tunisia for a week.
I still have the kit, 2 bodies and 6 lenses, and feel increasingly inclined to shoot some B&W portraits soon.

I cannot even begin to imagine carrying multiple bodies and lenses on my my back through any part of the Sahara Desert. That's amazing! Have you digitized any of your shots from that? I'd love to see some of the photographs.