Large Format Photography: Is It Worth Getting Into?

It is properly difficult to overstate how much different large format photography is compared with 35mm or 120 film, much less digital. Is it worth it?I am by no means an expert in large format photography — I have been borrowing an old press camera from a buddy and have been working my way through a few boxes of 4x5 sheets after having him show me the ropes with his much nicer field camera. Though I am not an expert, I have been looking to invest in a 4x5 camera and all of the things that are needed along with it after having had enough experience to feel comfortable shooting it and enough to see value in it.

The actual cost of the camera and lens is actually not that bad compared with medium format. At a shop in Pheonix, AZ I visited the other weekend I saw two of the cleanest press cameras I have ever seen and they, with accompanying lenses, cost a cool $399. (Compared with the cheapest option at B&H costing more than $2,000) That said, if $400 was all it took to be fully vested, I would already be knee deep into it. In fact, the camera is but the first step. Most of the time, the cameras are not sold with a lens so right there you’re adding at least $100 or more. Then there’s the cost of the film holders… Perhaps what makes large format photography most distinct from the other formats is the need for film holders. Indeed, with large format you shoot by sheets rather than rolls. Vintage holders used could be had for around $10 a holder but a new set of 2 Toyo holders is $150. 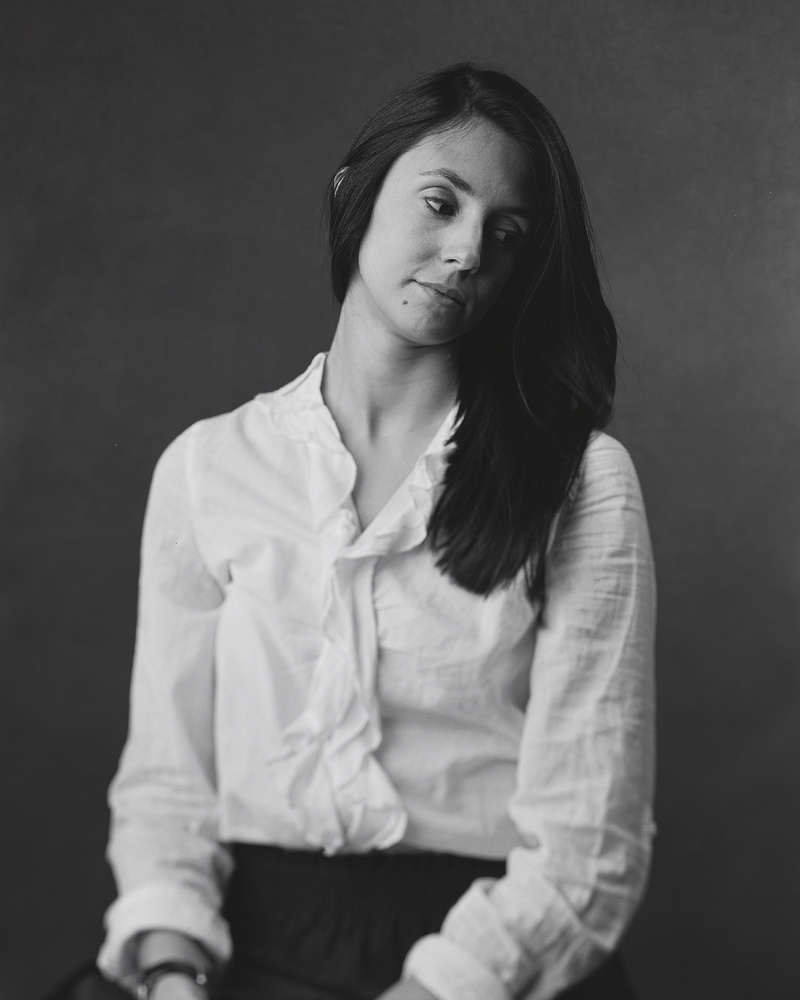 Then you get to the film… the cost of film is where it starts adding up and fast. For one, if you’re shooting C-41 or E-6 and don’t have a way to develop them at home, you’re looking at at least $4 a sheet to mail it in. The cheapest scans I’ve ever found are still $5 for anything decent — if you want them scanned on a drum scanner, the cost is closer to $50+ a sheet. For now, I’ve found a way to shoot, develop, and digitize my sheets for around $4/sheet. For C-41 or E-6, I don’t know that I’ll be able to get away for less than $15 a sheet.

Lastly, this all assumes that you already have a solid tripod. If not, that is a must. Optional items that can make life easier include an Epson scanner; the v800 and v850 are capable of handing 4x5 sheets and up to 8x10 sheets. Further, if you were receptive to developing your own B&W at home, you can get a Patterson tank with the insert for less than $100.

As a footnote to this entire section, all of my research has been in a 4x5 camera. Trying to get into 8x10 photography presents entirely different costs and challenges. 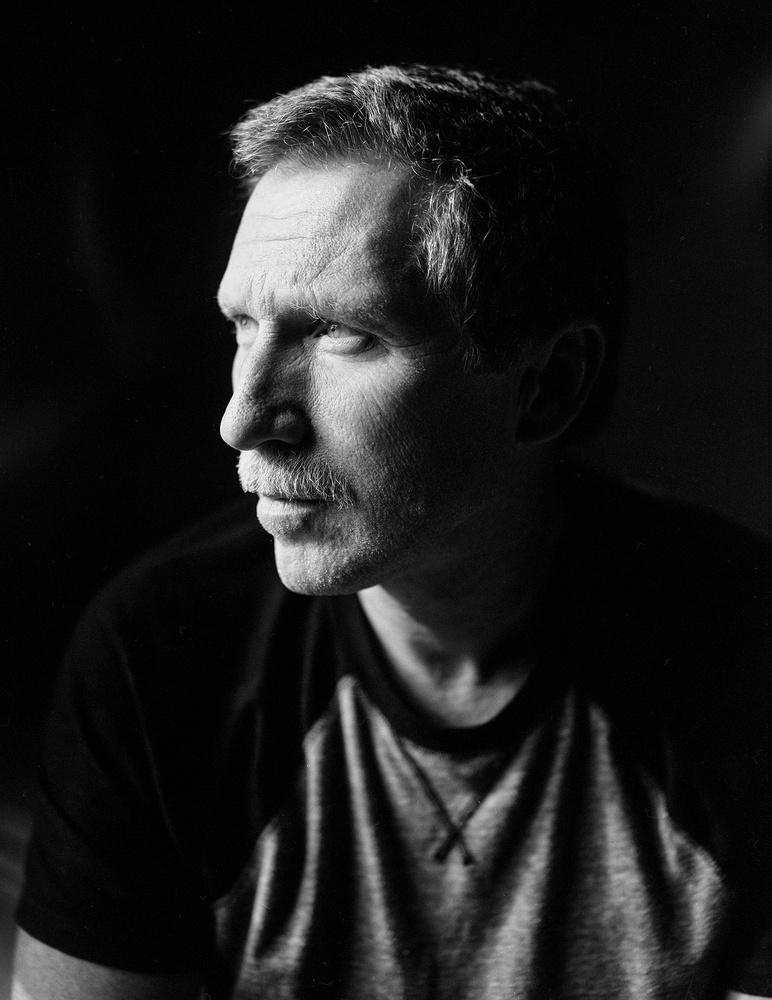 Comparing film that looks quite grainy in 35mm format, the grain is so attenuated in large format that while still noticeable, it is far more pleasing. Perhaps more importantly, the resolution is just unreal. With a minimum of 15 times the surface area of a full frame camera, 100% crops still retain enough sharpness that you’ll wonder how you were ever satisfied before.

I go back and forth on this constantly. I sincerely cannot decide if it’s something I want to get into or something I should let go of. I figure that with the cost of a decent field camera, holders, a better tripod, and a v800, the total cost is in the upwards of $2,000. To further complicate the matter, I honestly don’t know what I would use the camera for in my everyday life or even on trips. Attempting to fly with a 4x5 camera and film holders can take up a lot of space that could and would otherwise be used for other camera gear that allows for more photographs for the same cost. I honestly don’t know what I’ll do. If anyone has any thoughts/suggestions they're willing to share, please leave a comment. 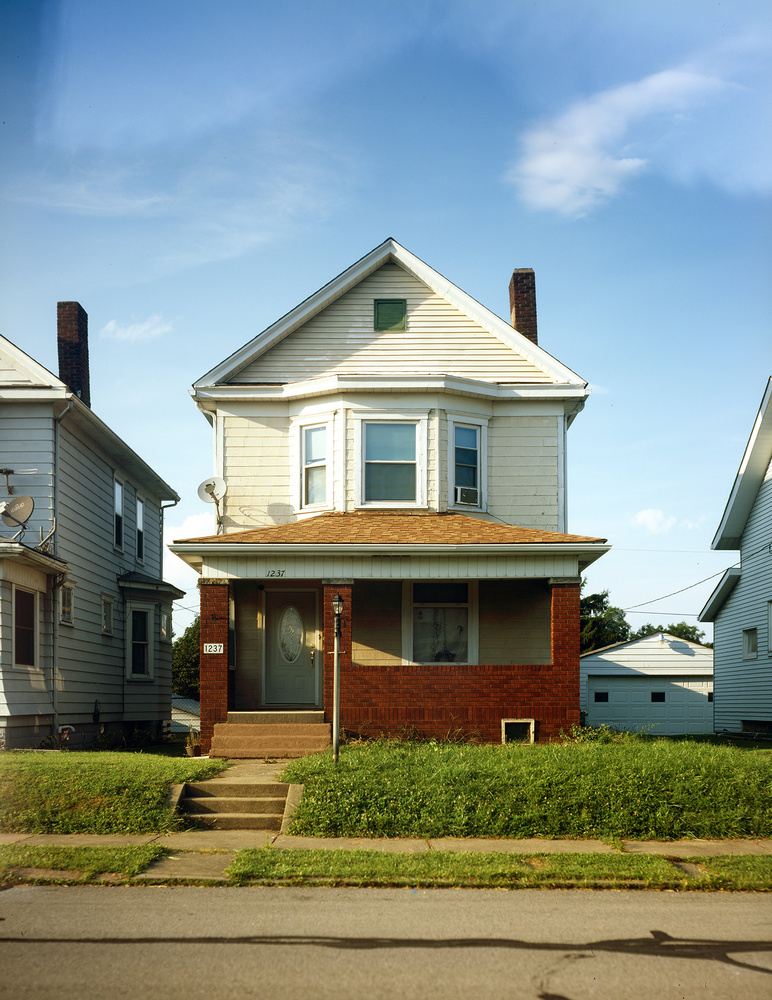 But what is the return on investment ?

It's an artist's tool, and therefore ROI doesn't have the same significance as a tool of trade in a business.

Misrepresentation of a generalisation as a false dichotomy.

You put this tool with artistry, and a gfx with business. I clearly understand, these are the main goals for owning these, but that doesn't keep you from owning one in a purpose oposite to logic.
I met a guy living from a 4x5 film camera chamber, shooting portraits in the street with "instant" photo. - Look for afghan box.
And what about rich people buying a $10k leica for "fun" with no business purpose ? Can't Christopher (gfx guy) buy a nice tool for himself, and use it in his business when suited ?

The other article had "professional use" in the title. That's the difference.

Again, can't you use a personnal tool in your business sometimes, and write a review about it's professional use ?

I'm sure there's a point buried in there somewhere.

Are you that dumb that you need me to help you make 1+1 = 2 ?
If you see photography as strictly business, you will need to work on a return on investment, to buy a camera such as a gfx.
If you see it as a nice tool you can use for fun (and business, maybe), then enjoy yourself and buy it if you can. Same as a nice car. You don't need one to ride through a city, but you can enjoy riding one.
Is it that complicated ?

No, I'm just sick to death of idiots who can't construct an argument; instead present endless streams of fallacies.

It must be hard for you, being sick of yourself :/

And there we have it.

Wow! and I thought some of my comments were abrasive. People talk about ROI on a camera and have no problem paying 70,000 dollars on a pickup truck that begins to lose value from the moment it is driven off the lot.

You have to be very, very careful doing that when it comes to IRS and deducting expenses/depreciation. Better to play it safe, and don't mix the two uses.

The ROI is different for every individual. For someone like Paolo Roversi, it's obviously in the millions. For others, it's zero. Just like $20,000 bicycles and $50,000 golf clubs. Some make millions, others no money at all. This shouldn't be confusing for anyone.

You can sell yourself as offering something very unique in 2019 with large format. I charge extra for shooting large format film portrait sessions and I find that there are people who are willing to pay.

I quite agree with you, my comment was more a joke answer to Will Murray who, on an other article (about the Fuji gfx 100), is bashing the redactor for not showing a real business case.

I've owned two and they produce exquisite images; however, they were such a pain carry and use I barely used them.

I wouldn't even get involved with 8x10 chrome in small tank. I'm sure you can get something but E6 is very volume dependent for good results. Of course one can't see what he can't see, but a good line (of chemicals) does make a difference even if many will never know the difference.

You got me to thinking about the word "actual", so I looked up its definition. Interesting, is it not?

Also I agree that it is good to not use the same word twice (or more) in a short exposition, unless it is some explicit noun and it cannot be avoided.

Language can be a beautiful thing, an art, when used carefully and with an ear to how it sounds, or indeed, how it looks on the page.

Best regards to you, Mr Lantsov.

my inglish not so good i learn slow

Yeah if I could afford it. But I'd want a camera with all the movements. Swing, tilt, rise (front and back), cross etc. Show me digital camera where you can put the the Scheimpflug Rule into effect.

Yes, but that is only two movements. Some large format cameras have more movements.

Sinar P2 e and P3 with digital back.

The Cambo Actus View Camera is right up your alley.

Costs about the same as a TS lens, but gives you so much more movement and Scheimpflug control.

For those interested in a slightly more detailed view on this, I wrote the following article for LL 14 years ago... pretty everything still applies today...

Michael Reichman is mentioned as the author, but this is an issue on the site I am having corrected.

If you don't know what you would shoot with it, then is makes no sense to buy it. Even for $2000 what sort of lens are getting for $100??
A long time ago I got an 8x10 cheap, used it off and on for 10 years on jobs and for shooting portfolio work. Few things were as impressive as looking at 8x10 chromes on a light table. The lab bill was pretty impressive too. But the work went away, and I sold the 4x5 and 8x10 about 8 years ago.