One of the Last Affordable and Good Medium Format Cameras: The Mamiya M645 1000s

If you've been paying attention to the prices of film cameras at all, you will have noticed they have been sky rocketing in price. The idea of putting the words "affordable", "good", and "medium format" is nearly laughable with few exceptions.

In this video, Jess Hobbs takes us on a photo walk, equipped with her Mamiya M645 1000s and some Fomapan 100 — an affordable black and white film. I don't personally have any experience with the Mamiya 45mm f/2.8, however, it's been on my radar for quite a while. By the end of the video, after seeing Hobbs's results, I feel inspired to go back and look at them again.

If you're just now getting into film photography or you've been doing it for a while and you're in the market for a good medium format camera, the Mamiya 645 system is a terrific choice. Though I own a different model, I have had my own Mamiya 645 for years (you can find a review here) and I love it. In fact, I've had mine long enough that I'll build out my lens collection to just about everything they made longer than 55mm. The best argument for getting on the older Mamiya models, specifically the M645 1000s, is that the lenses all use the same mounts so the selection of lenses is quite vast and comparably still affordable relative to other brands. 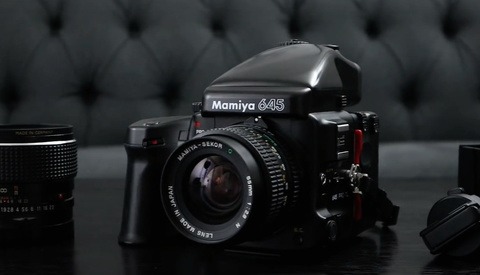 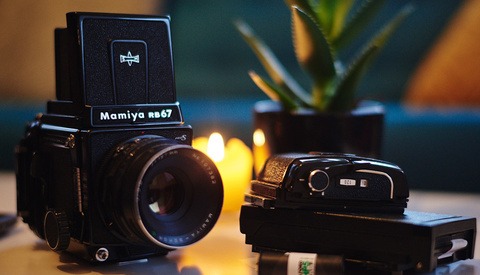 Film Photography / April 28, 2017
Getting Into Medium Format on a Budget: Fstoppers Reviews the Mamiya RB67

The M645 1000S was my very first medium format camera, and my first thought when buying it was "This thing is huge!" and now that I also own a Pentax 6x7 and an RZ67, I look at the 645 and think "This thing is so tiny!" Certainly one of my most portable MF cameras, it's so easy to just throw in a bag and take with wherever by comparison.

The 80mm f1.9 lens, if you can get your hands on it (prices have been creeping up over the years), is a pretty spectacular lens to pair with the camera, and I've enjoyed the 55mm f2.8 for an affordable wider angle option as well.

The M645 is a great camera but do not ignore the Pentax 645 or the Mamiya C220/330 TLRs.
All are priced similarly and have a decent range of lenses.

The C220/330 have the additional advantage of a 6x6 neg and a leaf shutter for flash sync at all speeds. They also have interchangeable lens that are very sharp and reasonably priced.

If you are looking for very unique, take a squint at the Fuji G690 also known as the "Texas Leica". 6x9 frame size in a rangefinder body with interchangeable lenses. Very decently priced.

The MF world apart from Hasselblad and Rollei has a lot of good values. IQ is still outstanding but repair on some of the more obscure brands may be iffy.