What Are the Best Vintage Lenses? Here Are My Top Five

Vintage lenses can be a great way to get some different glass for you to try without spending much money. But, there are also a number of hidden gems that can create stunning and singular results.

My penchant for vintage lenses started primarily because I didn't have much money when I got my first camera. I was in a small photography community of full-time photographers and long-standing hobbyists with f/1.2 primes and telescopic flagship zooms. I remember wondering if I could ever compete with their kits worth more than most cars. Then, I read an article.

I can't remember where the article was or even who wrote it, which is a shame, but it was on a lens called "the Bokeh Monster." I was intrigued. I jumped on eBay to see if there were any available, and there was. I began bidding on a few and eventually scored one for under the expected price I'd read. In somewhat of a minor miracle given that I had no idea what to check when buying vintage lenses, my copy was cosmetically damaged but optically perfect: no scratches, no clouding, no mold. I bought an adapter and took it into my garden to give it a go and fell in love. This marked the start of my burning curiosity into what other lenses of the past could create unique and beautiful looks for my images.

I have owned a lot of vintage lenses and I have a dry container chock full of them. Some have been great, most of have been middling, and a few have been spectacular wastes of money, but I regret none of them. I have compiled a small list of my favorites, but by the very nature of how deep and varied the vintage glass market is, I could not begin to provide an exhaustive list. For whatever purpose you would like a vintage lens — be it macro, landscape, portrait, and so on — there will be options. There is a smattering of lenses that are still usable from the first third of the 20th century (although most are from 1950-1999) and so there is quite the back catalog. Make sure you do your research, however, as believe me, cloudy lenses with fungus are useful to man nor beast. I bought a 400mm prime without seeing the front or back elements because I won the bid with a low-ball offer. It was softer than freshly tumble-dried kittens. However, if you are careful and ensure the glass is clear and healthy, you might score yourself a real gem.

The aforementioned catalyst for my love of vintage glass. There are a few versions of this lens, and it's easy to get the wrong one. What you're looking for is the M42 15-blade edition. It is these 15 blades that give it the gooey bokeh and a singular look. The 135mm focal length prime has been a staple of the lens industry ever since this era, and the Canon 135mm f/2 remains my most beloved lens to this day. Price-wise, the Pentacon is perfect for a little justifiable foray into your curiosity, with copies on eBay at the moment for around $80, and they're in seemingly good condition. 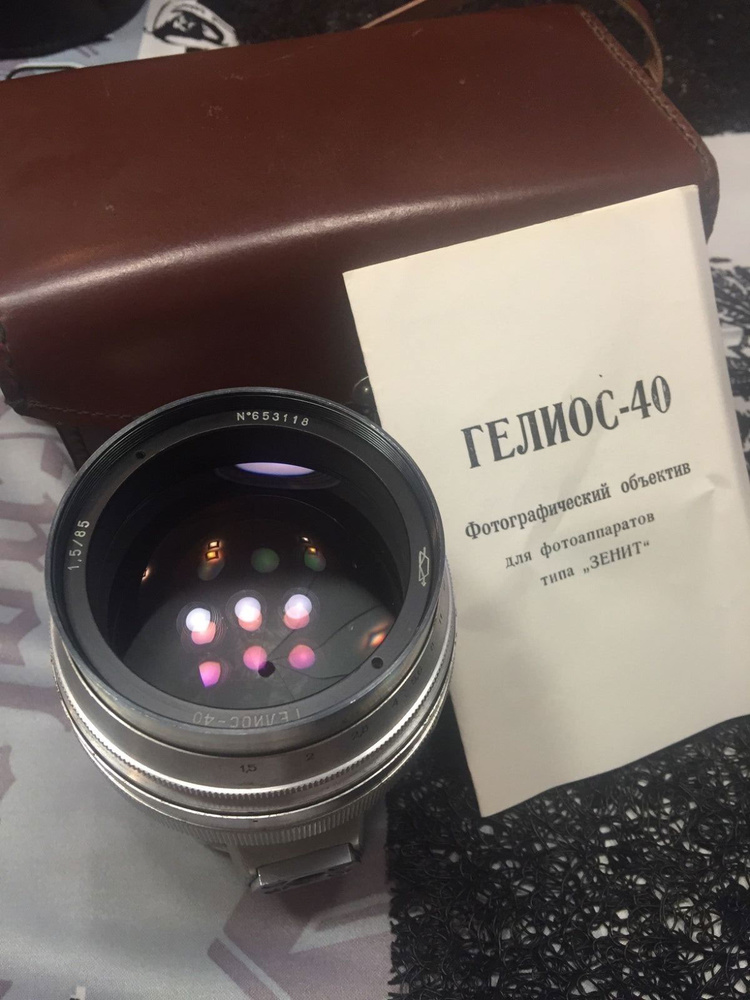 This Russian prime started being made around 1950 and continued production up until around the 1990s, so there are a number of them out there. It is said to have been based on (read: possibly a copy of) the Zeiss Biotar, but whatever the case, it's brilliant. It's so brilliant in fact, that in 2013, when a new version was announced, I immediately bought one and loved it. It isn't the sharpest lens, particularly at f/1.5, but as far as character goes, it's right up there with the best. It creates a sort of radial bokeh, which became its signature, and even the 2013 modern version retained that. The vintage versions — for a clean copy — you're looking at paying between $300 and $400, so it's not the cheapest on the list, but it is a hell of a lot of fun.

Takumar lenses are made by Asahi Optical, which was founded by Kumao Kajiwara, brother of renowned Japanese-American portrait painter, Takuma Kajiwara. A Super-Takumar lens is one with an improved anti-flare lens coating as well as a more sophisticated stopping-down mechanism, according to Wikipedia. Whatever is going on inside, these lenses have a reputation for incredible optical quality, bokeh, and colors, even when wide open, which is typically uncommon in vintage lenses. It's a superb prime that can be picked up for between $50 and $200. 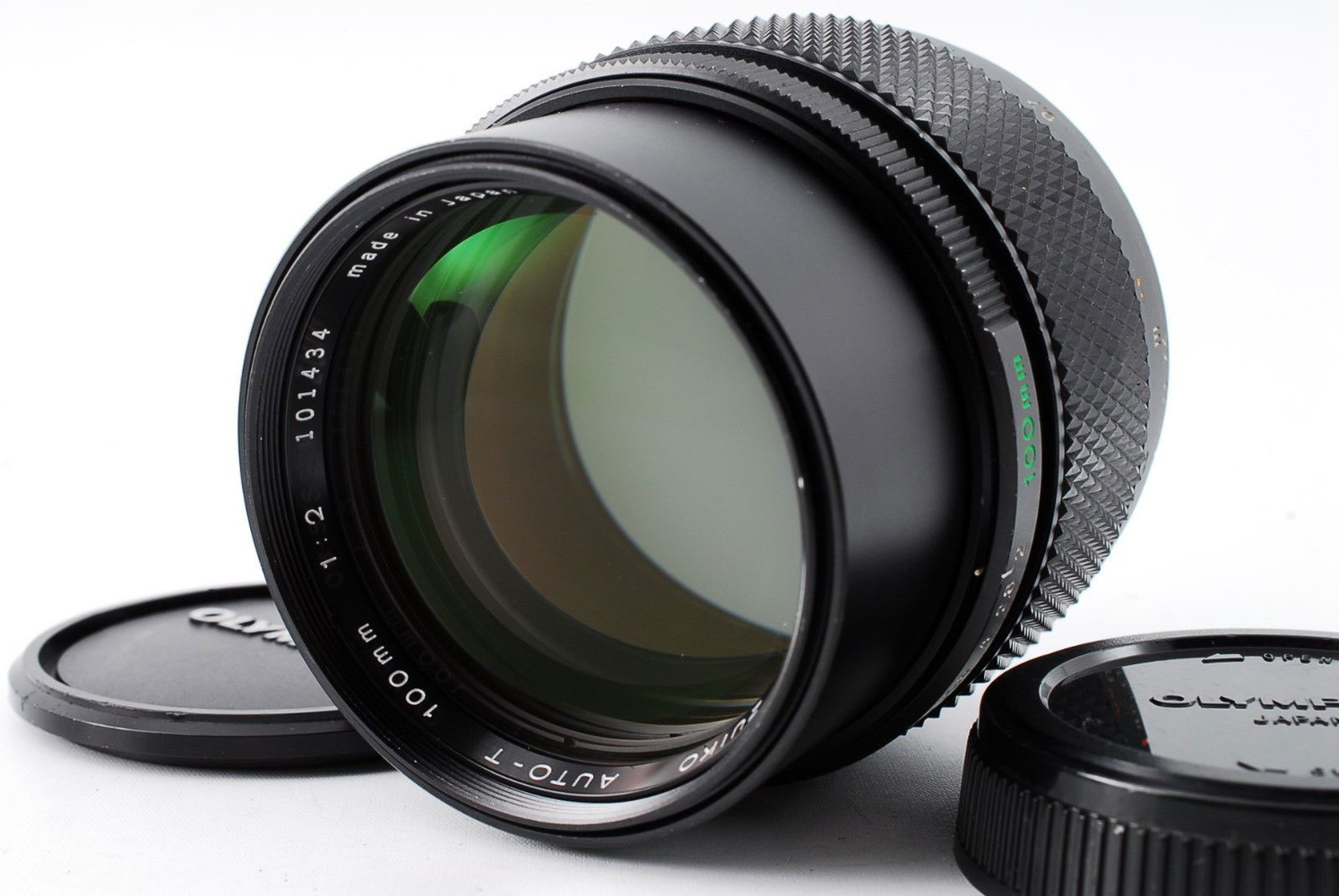 This lens is famed for being one of the best vintage lenses in existence for portraiture, but I'd argue that it's so much more than that. With a great minimum focus distance for the time, it can really fill a number of roles. Its build quality is great, its sharpness is superb, and its bokeh is buttery. Prices vary hugely, particularly as there is an almost identical version that's f/2.8 instead, but for the f/2, you're looking at around $350-$500 for a well-looked-after copy.

If you ever find yourself in a debate over whether great glass is a long-term investment, you're going to want to roll this lens out. It is probably the best example of an incredible lens staying an incredible lens there is. The 35mm f/2 was in production for 17 years starting in 1979, and it was a hit, to say the least. Known primarily for its bokeh, it became a must-have for Leica shooters, and many of them still seek the original out today over the newer version of it. There's a catch, though, and I'd make sure you're seated for it: this vintage lens will cost you between $3,000 and $4,000 for a clean copy. What was that I was saying about saving money by buying vintage? It is iconic and the gold standard of vintage lenses, though, and I suspect buyers who got one brand new have either lost nothing or even made money.

What Do You Think Is the Best Vintage Lens?

I'm going to leave the term "vintage" pretty loose, but I'd say most would reject any lenses designed for digital cameras, at least for a while. In the comments, give us your vote for king or queen of vintage lenses and why. 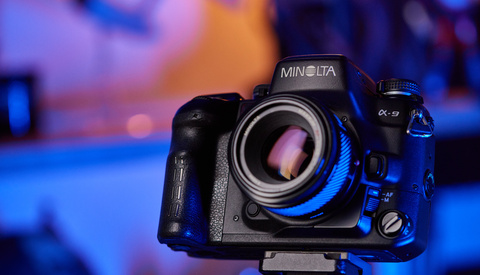 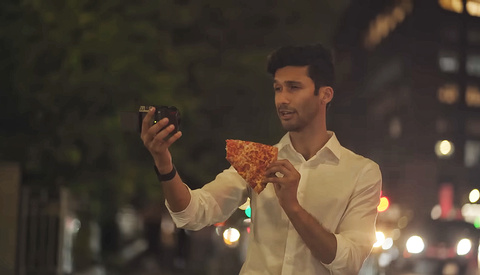 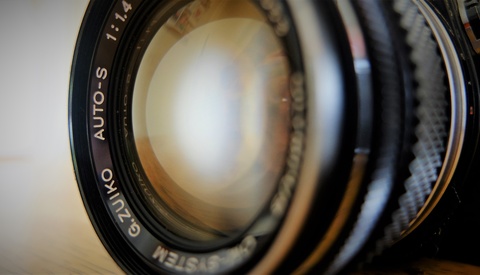 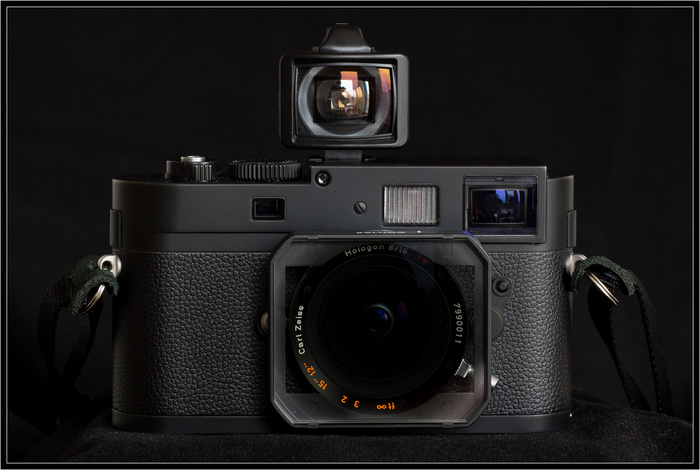 Your last lens, 35mm Summicron ASPH is not the one in the picture. Anyway, I would go for any Mandler designed M and R Leica lenses. Nikon 105 Micro is also phenomenal.

Minolta Rokkor 45mm f2. Can't beat the value and size on this little masterpiece. One of my personal favorites!

In no particular order:
- The Olympus Zuiko 28mm f/2.8, because I love that focal length and it complements perfectly my Olympus OM-1.
- The Konica Hexanon 50mm f/1.7, because it's an awesome and very underrated (and therefore very cheap) lens.
- The Schneider-Kreuznach Xenar 135mm f/3.5, because it's a beautiful piece of German engineering from the 1950s.

Bonus mention:
- The Novoflex Noflexar 600mm f/8, its rifle grip and its 24 blades, because it's an abosulte monster! :) 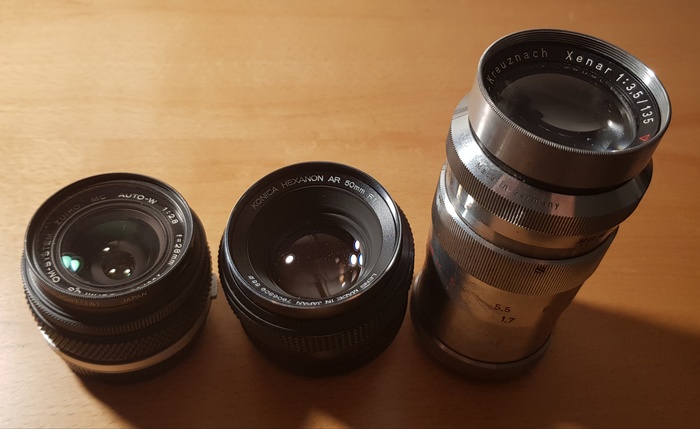 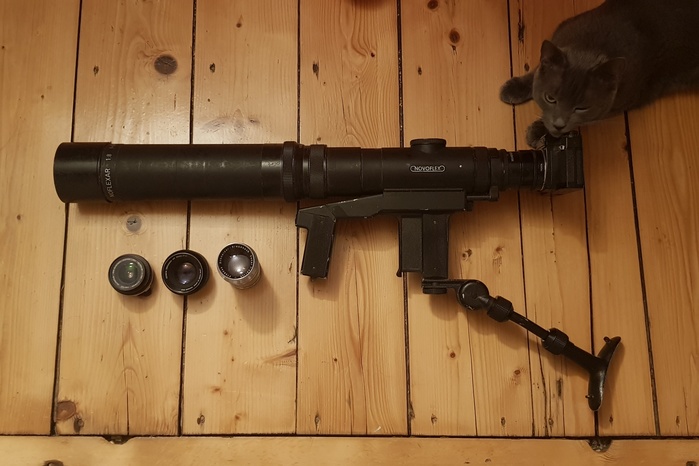 Don't forget the ubiquitous Helios 44, also based on Zeiss Biotar optical design. It's a bit easier to handle than the Helios 40 and also gives swirly bokeh in the right conditions.

And the Leica lens in your last picture is not a 35mm f2. It is a 50mm f2 Dual Range Summicron with the close focus "goggles" attached to the camera.

I think what makes vintage lenses special is their character rather than quality, so perhaps 'favourite' is a better word than 'best' since we're not necessarily comparing the normal metrics of lens quality, rather, subjective qualities.

The Nikkor 105/4 AI-s is actually the superior lens. You give up a stop, but I found it to be better at all distances and at the edges.

I have both the 135 f2.8 Pentacon (the one on the left in your) picture and its 200 f4 larger brother both with 15 blade diaphrams. I bought these new in the 1970's and kept them for nostalgic reasons. Despite using a range of Nikon lenses on an MFT camera via an adapter I had not thought to use the Pentacon lenses in this way. On the basis of your comments I have just invested £20 in an adapter and look forward to having a play.

I found an old Helios 44-2 lens in a box full of old cameras. It’s in terrible condition but still manages to produce sharp images. The lens is scratched, the focus ring comes off when you turn it but it still works when adapted to the Fuji. 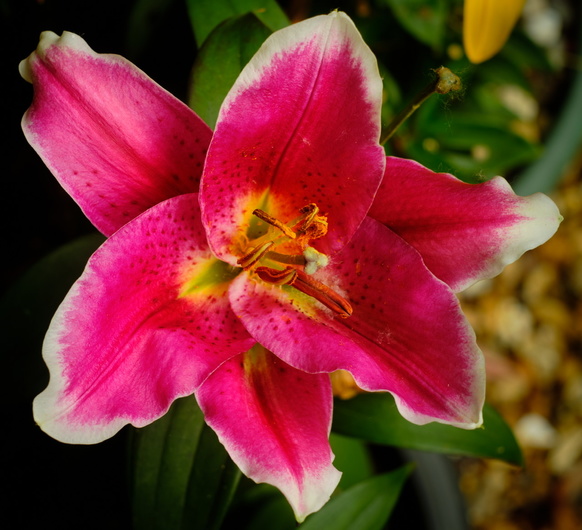 This is the lens. 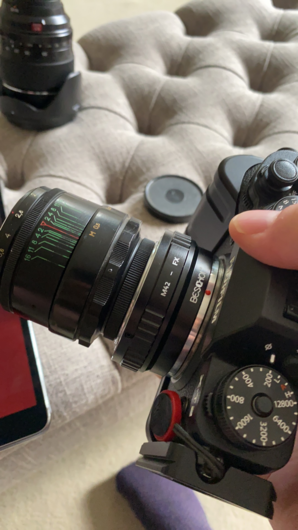 I found this same Helios lens on Amazon for about 50 dollars. It had some light cosmetic damage to it, but the glass was perfect. (Also took about 6 weeks for delivery)

I really enjoy shooting with it. It can be a bit temperamental at times, but the images are really impressive.

Buying and selling used lenses can be the most exhilarating and sad experience. In no particular order, and also adapting these to mirrorless, all brands of mirrorless, but Sony really shines with adapting older glass. Canon 200mm f1.8-if you can find one. Nikon 200mm f2 ais, Canon 500mm f4.5 fd, any of the Olympus Pen lenses adapted to aps-c, Zeiss 85mm f1.4 sonnar, Leica R 90mm f2, Nikon 400mm f5.6 ed.

Not gonna lie,
for the price, the canon FD 50mm 1.4 chrome ring is one of the prettiest and interesting pieces of glass in my kit. As for like loooooove lenses, my 60s Ukrainian 90mm 2.8 medium format takes the cake.

We see some fans of german Meyer lenses (Görlitz).

Thank you for not making me watch a video. Some of us like to read.

This list can get very long for me as I came from the film era. Can't go wrong with the Takumar but I still use my Nikkor 35 Ais 2.0 QUITE often.

Kodak Ektar 3.5 100mm, on my Medalist. It's a magical lens, though I don't shoot much with it (620 film) but the shots I have are worth the effort. I also love the SuperTak 1.4. I can still use it on my Pentax digital.

To me, a vintage lens would have to be better than any modern lens in some way in order for it to be viable.

And of course f4.5 is much smaller than I would prefer ....... yet it is a worthwhile tradeoff to get those extra 20mm at the short end.

Nikkor 400mm f/3.5 ais is my latest f mount favorite. The Nikkor O 35mm f/2 is another favorite and I’m just starting to shoot the Nikkor H 85mm f/1.8 and liking it . As you see I’m collecting Nikkor / Nikon f mount stuff at the moment.