Natalie Lennard, the British photographer popularly known as Miss Aniela, is well known for her stunningly surreal fashion work. Her new personal project, however, is leading her in an entirely different direction; showcasing childbirth through world history, celebrating the power of women who give birth on their own terms. The fictional narrative series draws inspiration from figureheads of birth philosophy, such as Michel Odent and Dr. Grantly Dick-Read, to shine new light on how we view childbirth.

While the subject of birth has long been a passion for Lennard, it was the delivery of her first child that provided the catalyst for her new series. While many women experience childbirth in a sterile hospital surrounded by impersonal staff, Lennard found herself in circumstances that led her to desire something different.

Three months prior to our first birth in 2013, we learnt our child, Evan, had a terminally fatal condition - the absence of both kidneys. We decided on a homebirth as a peaceful conclusion to his chapter.

15 months afterward, Lennard and her husband welcomed Evan's little sister, Lilith, in another home birth. She is able to look back on both birth experiences with joy because her wishes regarding how to bring her children into the world were respected, and now she wants to share that empowerment with other women who may not have had the same experience.

I longed for all women to feel as empowered as I felt giving birth to Evan. I wanted all women to have a Birth Undisturbed - whatever the setting. And thus, my personal story, converged with a universal sentiment, led to the conception of a photo series of that name.

While birth photography is most often carried out by documentary photographers, like Florida based photographer Bonnie Hussey, Lennard wanted to use her own style to create tableaux that would communicate her vision and message of empowerment. Since the undertaking would require a full production crew, which is something she did not want to impose on a laboring woman and newborn child, Lennard brought in movie magic, such as a prosthetic placenta and newborn, to replicate the realism of birth.

The first image in her series, Birth Undisturbed, is titled "Salle Sauvage," which means "primitive room," a term coined by French obstetrician Michel Odent to describe the unique birthing rooms designed to help women give birth as naturally as possible. Lennard said that she had a vision of an Amazonian-like woman who wanted to give birth standing, using gravity as assistance.

Photograph used with the permission of Natalie Lennard

Each photo has an accompanying behind the scenes video that gives a look at the inspiration for each image as well as the technical aspects of how it was produced.

The second image in the series is titled "Whitechapel Woman," and was inspired by the experience of English Doctor Grantly Dick-Read in 1911. The doctor was attending the labor of an impoverished woman when she refused the use of chloroform for the pain, an unusual experience for him in his profession. When he asked her why she had refused, she told him, "It didn’t hurt. It wasn’t meant to, was it, doctor?" This revelation led Dr. Dick-Read to study the relationship between fear, tension, and pain in childbirth, and he went on to pen the influential book Childbirth Without Fear: The Principles and Practice of Natural Childbirth, which is still in print today. Lennard wanted to re-create the scene because of the effect Dick-Read's experience would eventually have on obstetrics as well as generations of women who chose a natural childbirth.

The style of the photograph was inspired by an 1890 painting by Luke Fildes called, 'The Doctor.' The photograph proved to be a technical challenge, requiring several additional gelled light sources in a relatively small east London room, and different exposures to match the ambient light from the studio light sources with the light of the candle and fireplace.

In each image, though wildly different in context, Lennard is not only sharing a story about the power of a woman in childbirth, but her deep belief in the importance of valuing a woman's wishes regarding how approaches this momentous event. More of the story can be found on Lennard's Facebook page, or on the dedicated website for the project, Birth Undisturbed.

The next images in the series are due out in 2018. 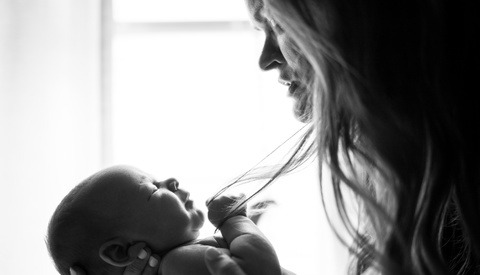 Opinion / December 31, 2018
This Has to Stop: Hard Sales of Newborn Photography to Mothers Just Hours After Birth 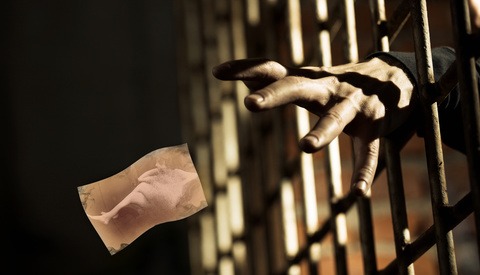 / August 19, 2019
How the Daguerreotype Started a Victorian Black Market for Pornography in London

I think this is some of Natalie's best work. I've previously considered and commented that her work is more 'compographic' than photographic and whilst still stunning 'art work' I've never been drawn to photography that relies on purely compositing, it's just not my thing. I guess you could call me old school but in my own work I prefer pure photography with simple B&D and color/contrast. However this recent series of images by Miss Aniela are decidedly more photographic and I find them very powerful and evocative, probably a result of her own experiences and emotions in relation to the subject matter and I congratulate her on a very inspiring body of work.

Thank you William and welcome aboard.

I agree, you can definitely see her passion in these images!

In an seemingly almost endless sea of '17 ways to correctly use your lens cap' posts in most photography related websites this is a refreshing, inspiring, FAB article.
Thank you Nicole and Fstoppers for stepping out and sharing very meaningful, important, inclusive, and inspiring work.
The unique esthetic of Natalie's work has always had an insidious way of creeping into my mind and staying there. Her work shows the power of women without masculinizing it in order to make it more 'sellable'. The intensely personal nature of her own experience is reflected in her work and this new project illustrates beautifully how bringing ones own passions, hopes, fears, and desires to ones work always makes it stronger.
Thank you for sharing it.

Not my cup of tea but impressive work nonetheless!

Looked up Sir Luke Fildes and the only painting I came across titled "The Doctor" was exhibited in 1891, a good 30 years after the death of Dickens and 10 years before the death of Queen Vic. The photo in question is available online to view.

Is that a Phase One medium format system she is using ?

wow. so Raw. being a mom myself and having given birth, i can almost feel the pain in this images.