Silhouettes have been a source of artistic inspiration for as long as there has been art. But why is that? And have you recently exploited this genre in your photography?

The silhouette relies purely on shape — by definition we create an outline and then fill it with a solid color. This is always black (or we always create black) in photography as a result of the technical process (i.e. exposing for the highlights), but silhouettes can be filled with any color. In fact silhouettes as an art-form are is nearly as old as art itself. Cave paintings frequently show the outlines of people or animals — the color was likely a result of the dye used and secondary to the importance of shape. It was the familiarity of form that took precedence over anything else.

Step forward several millennia and the silhouette is perhaps more closely tied to the classical Romantic and Victorian artists who are no better exemplified than by Auguste Edouart. His beautiful portraits are evocative of the period and were sought after at the time. They were a skilled task, but likely less time consuming, and so cheaper, than a traditional portrait.

In fact, take a step back and silhouettes were usually profiles of their subjects. A common use of the profile silhouette was on government coinage, with coins in pounds sterling (£) traditionally using the reigning monarch. Of course, silhouettes were popular for reasons other than that they were economical. The silhouette doesn't mean a lack of detail, just less "information" — the analogy here would be cropping a photograph. There is less overall image (fewer pixels), but the detail that is there remains the same. With a silhouette, however, you still get to see the whole, it's just that it's the outline.

Silhouettes also have an enduring simplicity that makes them alluring to the eye. We find beauty in the fact that they aren't complicated, yet they imply complexity and they imply mystery. If you are shown a silhouette, you instantly want to identify it — it's a perennial favorite (like these country outlines from the BBC). So it's no surprise that if you Google famous silhouettes, you'll get Michael Jackson, Jackie Chan, Che Guerava, Alfred Hitchcock, Sherlock Holmes, and Mary Poppins to name but a few. As an aside, copyright release extends to silhouettes where the individual (any individual) is identifiable, hence the iconic status of Michael Jackson's toe stand.

I've mainly talked about silhouettes of people up to this point, but they can obviously be of anything. And some of the most common subjects you'll see in photography are people (particularly jumping!), trees (usually isolated), buildings (famous landmarks), sunset (where we naturally expose for the sky), and animals (because we like to anthropomorphize them!)

In fact, I often think that the sunset is a special case because we often are not interested in the silhouette itself but the stunning colors and they allow us to evoke a sense of place for the location (such as a forest, cornfield, beach or river). It is the lack of detail in the silhouette that forces us to focus upon the color left in the scene.

Shooting silhouettes is usually straightforward as they often involve lots of sky and a subject, so the dynamic range is high. If you expose for the sky you retain detail there, leaving the subject underexposed, something you can then tidy up in post-processing. If you are looking for some great tips then this Fstoppers article from Trevor Dayley talks through the process.

However I think the raison d'etre for silhouettes (at least for me) is when shooting family. They are powerful because they make you engage with interpreting an image. You need to work at understanding what it is showing — remember, a silhouette distorts (flattens) a 3D perspective as you rarely view hem in perfect profile. From a 2D image your mind then creates a 3D interpretation of what it sees; angle of the chin, scoop of the neck, locks of hair. These are all personally identifiable features that, when you know someone, will allow your brain to fill in the missing detail. It's an intriguing and magical process.

Of course, you don't need to know someone in order to try to fill in the details and it's this aspect that makes silhouettes remarkable. Even if you don't know the subject you are still trying to create a mental image of them.

This summer go out of your way to shoot at least one silhouette of someone in your family, it might just be the best shot you take.

Image by Edouart in the public domain via Wikipedia 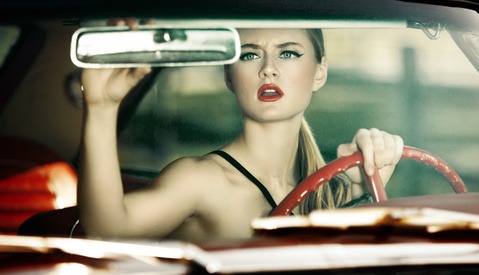 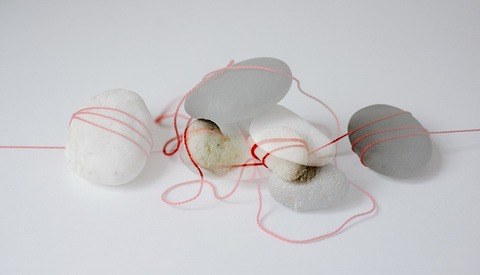 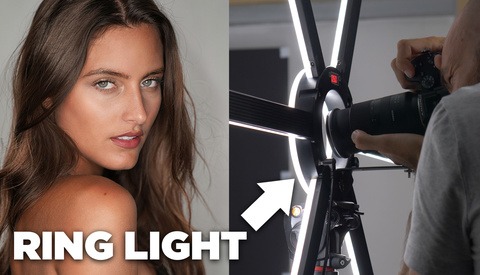 Gear / August 3, 2020
This Ring Light Is so Cheap and Versatile That Everyone Should Buy It
Log in or register to post comments
2 Comments

When my strobe doesn’t recycle quick enough and I’m still shooting, I don’t complain a bit knowing the images will still be desirable! 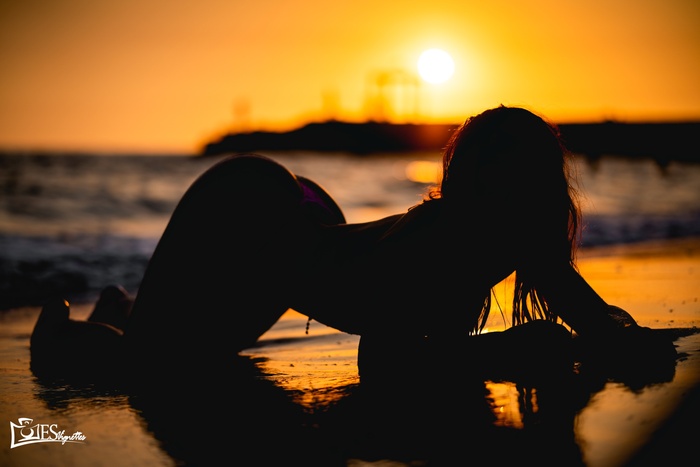