Aputure has released their latest LED panel, and it’s nothing like what they’ve created before. The panel is tiny, cheap, and looks like a very handy gadget to have on set.

They claim it’s the Swiss Army knife of LED panels, probably because it’s so small. At the size of a credit card, this light could fit in your pocket during a shoot. I can’t imagine it would take long to set up, and its compact size means you could mount it in all sorts of ways. I’m sure some gaffer tape would allow for plenty of possibilities. The light has a TLCI of 99, which is amazing and charges via USB.

However, is it too small to be useful? This is a concern when you also consider that the battery is built-in, and it only powers the panel for 90 minutes (albeit at 100% beam). You won’t be able to swap out a regular Sony battery after the light dies. They do claim that it will last 13 hours on its lowest setting, so keeping it in the mid-range may get you through a shoot. With only nine LEDs, it might not be big enough either. Never mind the brightness (peaking at 900 lux), it could be a nightmare to diffuse. In this video, Curtis Judd bounces the light off a reflector instead of using the magnetic diffuser that comes with the panel.
To those gripes, you’d have to say that the light has its place on set, just not in any major role. It would be perfect to put in your pocket and forget about in case of emergency, just like a Swiss Army knife. For example, Lewis McGregor shows off how it can be used to light a hand or replace a camera’s built-in flash. If you think about it, at $45, it’s cheaper than some batteries. You could potentially buy more than one and swap the whole light out when it dies.

It's interesting to see something so small from Aputure. It looks like they’re giving Aladdin a run for their money, since the previous contender for this category sold for $140. If you order one now, it’s set to arrive by mid-August. 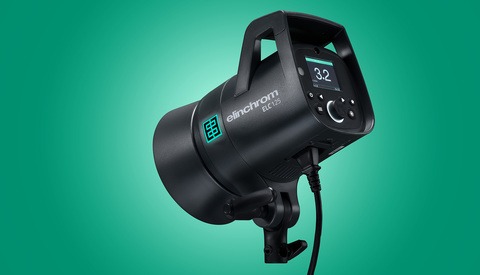