A couple weeks ago, we saw Canon begin to discontinue DSLR lenses for its EF mount, indicating its ongoing transition and commitment to mirrorless cameras and lenses. The transition is continuing, as the company has discontinued more EF lenses, including two rather popular models.

A couple weeks ago, Canon discontinued the EF 200mm f/2L IS USM lens. Canon Rumors is reporting that the company has now discontinued more lenses, including the EF 85mm f/1.2L USM II and EF 70-200mm f/4L IS USM II. Both these lenses were rather popular models (and the EF 70-200mm f/4L IS USM II is less than three years old); however, they do have direct mirrorless analogs in the RF 85mm f/1.2L USM, RF 85mm f/1.2L USM DS, and RF 70-200mm f/4L IS USM. Other well-known EF lenses are also on backorder with no ETA at the moment. This is certainly not surprising, as Canon will undoubtedly completely stop manufacturing EF lenses at some point. However, whereas we first saw some more niche lenses discontinued, the fact that more popular models are now getting the axe may indicate an accelerating transition, meaning if you want to purchase new EF lenses, now is probably the time to do it. On the other hand, with Canon's ambitious lens roadmap, we will likely see the RF lineup filled out quite well in short order. 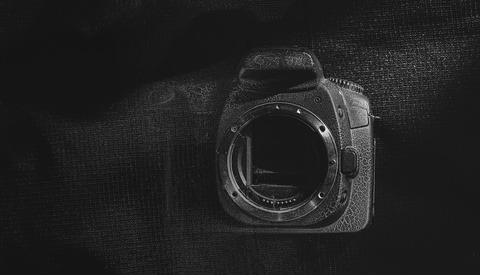 Well, as more people move to mirrorless bodies, you can find awesome lenses at a good price second hand.

I'm not really sure why this would be since you can just adapt them to the new body.

If you have one of the higher priced goodies then you're right, those won't be found so often. Anyway, some of the RF lenses are lighter than the EF versions, which is also something to consider.

Besides: When the Leica Q2 came out you could find many second hand Leica Qs. So I got mine for half the price.

I will definitely admit that I don't really look at the used market unless I have a specific reason to (usually buying or selling a specific piece of gear), but it definitely seems strange to just ditch your glass like that-especially Canon since pretty much everyone has a smart adapter for EF glass available. I came from the Nikon came and I just kept most of my lenses in my move. That's one of the advertised perks of the whole thing, isn't it?

Of course. I haven't sold a single lens when changing from DSLR to mirrorless, apart from a Zeiss Milvus, which was too heavy for me to carry around the whole day.

I have to admit, most of the lenses are sold with Canon bodies when people change for Sony, or whatever, although even when changing for Sony there's no need to sell Canon lenses due to great adapters.

Anyway, when the new tiltshift lenses were sold by Canon, older versions where to be found second hand. Upgrading is a thing to be considered.

Exactly. Unless Canon does a firmware update to make EF lenses non functional on the R series, I won't be in any hurry to replace my EF L lens. I don't think they ever will do something like that but if they did I would be changing more than lenses.

Two of the best EF lens's IMO, hard to imagine that Canon axed them.
With this happening, you can bet that the Canon DSLR is doomed.
There probably wont ever be a 5D mkV.

If I am going to be drug kicking and screaming to mirrorless,I have a question: Is there an adapter where I can use R lenses on my dslr? This could influence my lens purchases in the immediate future.

No, you can't adapt mirrorless lenses to DSLRs due to the shorter flange distance. Only the other way around.

The problem isn’t that those lenses aren’t usable with mirrorless because they work great, the problem is Canon won’t service those lenses anymore past the warranty expiration and when the parts run out the 3rd party repair shops won’t be able to repair them anymore either.
If you’re determined to continue using EF, better take good care of them!