DJI Ronin-SC Versus Zhiyun Weebill LAB: Which Is the Best Tiny Gimbal?

For some time now, the Zhiyun Weebill Lab has been my favorite gimbal. The main reason for this is because it's tiny in comparison to many other gimbals. I can comfortably fit it in a messenger bag, and traveling with it is so easy. However, DJI has definitely caught my attention with their new Ronin-SC.

In a recent video from Kinotika, Dave Maze compares the two gimbals to determine which one is the better option. The Weebill is definitely the smaller gimbal of the two, and honestly, this is such a useful thing for me. I absolutely hate shooting with the huge gimbals, and for much of my filming needs, I try and use the smallest and lightest setup possible. Having said that, the new DJI Ronin-SC has really caught my attention. I'm genuinely thinking about selling my Weebill for the Ronin even though it is slightly larger and heavier. The main reason is because of the footage and how smooth it is in comparison to the Weebill. The Weebill is unfortunately just not as stable as many other gimbals I've tried. Plenty of footage that I've taken has turned out with lots of jitters and odd shakes, and those tend to be the most difficult to smooth out in post. I think I'm probably going to sell my Weebill in order to buy the Ronin, because ultimately, the footage is what's most important, and the Weebill doesn't always deliver.

Posted In:
Gear
via:
Kinotika
6 Comments

I bought the Ronin SC and sent back. I have a Fuji X-H1. My camera was listed as compatible. But it was not. One major “flaw”, There is a button to start recording on the SC, but it only snaps a photo. The included wires to plug into my camera were not compatible as stated there were. Perhaps this “flaw” only affects Fuji.

This was my first time buyer of a gimbal. I don’t know about other gimbals, but to balance was a bear. For me was about 90 min the first time. I bought directly from Ronin. I won’t do that again. Ito took almost 2 weeks , endless emails to allow me to send back.

I hope in the future Ronin will be more transparent about compatibility. I am now looking to find a 3 axis gimbal that is fully compatible with my Fuji. From what I have gleaned it is a software issue to have the gimbal features fully work with my gear.

You get used to balancing gimbals and sort of develop a 'feel' for it. Plus if you are always mounting the same camera it makes sense to mark the balance points with a Sharpie or something. That way you'll only have to adjust the camera back or forwards to balance heavier/lighter lenses.

I will NEVER buy a Zhiyun product again after discovering that their cellphone app control software datamines your entire phone- contacts, other installed Apps, YOUR VIDEO & PHOTOS from your own cell camera app. HELL NO.

Can you prove this please? I’d like to know more.

Sorry for late reply. I bought a Zhiyun Smooth-Q (smartphone stabilizer) in Dec 2018. Downloaded the Android software app (ZY Play) and when installing it, it asked me for permission to literally every part of the phone. Contacts, camera (I accepted this), etc I've tried uploading 3 screenshots of the app data from my cellphone below 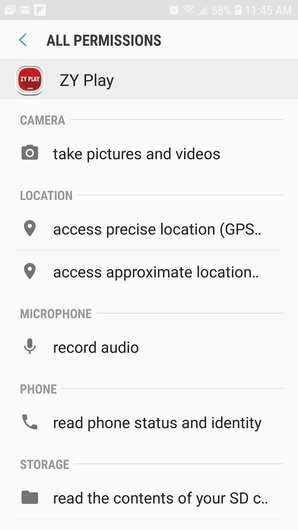 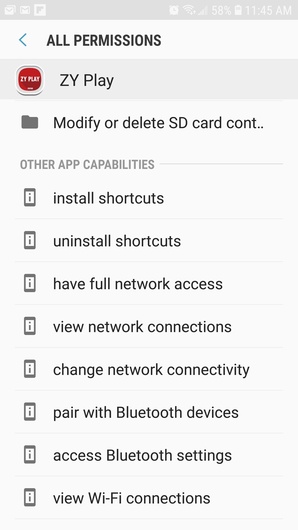 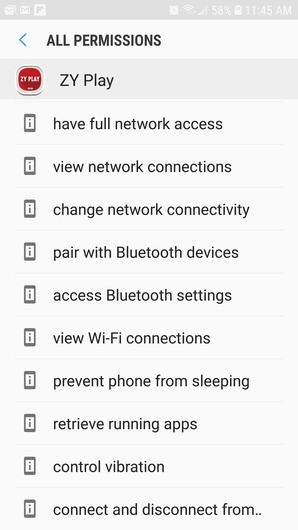