How to Choose Your First Digital Camera

The easiest way to decide on which digital camera is right for you is to consider budget, size, features, and a few more things. Follow this guide on what to look out for and help make a decision for your first digital camera purchase.

There are so many digital cameras on the market now with a plethora of features that it can be difficult to decide on which one is right for you, especially if you're starting out in photography for the first time. But there are some basic principles you can abide by and specific limitations to consider, and this guide is here to help steer you in the right direction.

Probably the biggest factor when it comes to picking your first digital camera is price. Photography is an expensive hobby to get into, and it's wise not to spend too much money on your first camera. There are a few reasons for this. The first is that you may find that photography isn't right for you, so the initial outlay of money sits in a box unused. There's also the fact you may find photography difficult at first, learning all the settings and rules, but then soon realize that you've outgrown the camera and need something with more features. That's also true of photographers who discover they'd like to concentrate on one area of photography with specific or specialist equipment that may only be available on certain cameras.

If money is no object then you may want to head down to the other options for choosing your first digital camera below, as this will give you a better idea of what sort of camera you want.

After money comes the physical size of the digital camera you want to buy. At this point, it's worth heading into a shop to try out a few cameras in person. Most photographers will tell you that they've opted for a specific camera brand or model because of how it feels in their hands.

Of course, if the stores are closed due to local restrictions, then you may have to try friends' cameras or simply go by stated dimensions and weight instead. Generally, the lighter and smaller the camera, the more portable it'll be and easier it is to travel with it, such as the Olympus Tough TG-6 as above. However, you might prefer to have something chunky, heavy, and legitimate-feeling in your hands, even if this means less moving around. Take note of how the buttons are laid out on the camera as well as its size. Smaller cameras will have less space for buttons and switches and therefore rely on menu screens within the camera to alter settings, something that can get frustrating quite quickly.

Fixed lens cameras may have prime lenses (which cannot zoom in or out) or zoom lenses (which can). Prime lenses are typically smaller, lighter, and can occasionally be sharper and more detailed than zoom lenses due to the simpler manufacturing process, but zoom lenses offer greater flexibility when it comes to composition and suitability for different types of photographic subjects. The Sigma 24-70mm f/2.8 DG OS HSM Art lens above is versatile in focal length and offers a wide aperture for low-light shooting. Many fixed lens cameras such as point-and-shoot or bridge cameras come with zoom lenses that range from wide-angle to telephoto ranges, meaning wide vistas and close-ups of far-away subjects are both possible.

If you choose a camera with an interchangeable lens system, then it's worth researching the camera's compatibility. For example, not all Canon lenses fit on all Canon camera bodies, and the same is true for almost every camera brand out there. There are a few manufacturers that have wider compatibility of lenses for a greater breadth of camera models due to the fact that they haven't changed lens mounts/design in a long time (Nikon F-mount lenses, for example), but if wide lens compatibility is important, then double-check this before purchasing.

There are two popular types of digital cameras on the market at the time of writing: mirrorless and DSLR. I'm discounting smartphones here because I'm focusing on traditional camera devices. DSLRs are slowly being phased out in place of mirrorless cameras. The main advantages mirrorless cameras have over DSLRs are their smaller form factor, lighter weight, have more recently developed and refined lens mounts, feature in-body image stabilization (IBIS) much more often than DSLRs, and have electronic viewfinders.

So why would you want to choose one over another? DSLRs generally have optical viewfinders and, for traditionalists, this might be a deal-breaker. Electronic viewfinders are essentially small LCD screens in the viewfinder box and represent the digital image captured through the lens. The downside is that it's a limited, digitally represented image and not the true scene in front of you. But the advantage of that is you can ramp up sensitivity in low light, making it easier to compose photographs and actually see what you're about to capture rather than guess and check the rear screen. In terms of future-proofing, mirrorless is the way to go, though DSLRs won't disappear off the face of the earth for some time to come.

What Are You Going to Shoot?

The subject matter you're interested in photographing will have an impact on the type of digital camera you aim for. Whether it's landscapes, portraits, weddings, events, products, macro subjects, wildlife, or sports each genre has its own requirements when it comes to feature demands and hardware essentials.

For example, it's no use getting a point-and-shoot or compact camera when you want to shoot wildlife or sports photography, because you need to be able to change lenses based on the subject. Sports athletes running around the field require the use of a long telephoto lens to get in close to the action as do birds in flights, so a point-and-shoot that zooms to a maximum of 50mm in focal length is next to useless. However, that type of camera might benefit someone who wants to do some holiday/travel photography capturing architecture and landmarks.

The higher the number, the better the photo, right? Well, no. The more pixels you have to work with, then the more detailed large prints or reproductions of your photos can be, but it doesn't equate to dynamic range, sharpness, or quality of images. Most beginner photographers fall into the trap of buying a camera based on image resolution, but you can pretty much discount that notion nowadays. Digital cameras have been out long enough now that you can pick up any of them off the shelf, and they'll all be good enough for you to use to print large, display online, or pretty much any other publishing style you need when it comes to image resolution.

There are a couple of reasons why you might want higher-resolution stills, though. For example, you may need to use an extreme crop on a photo but still retain enough detail for a clear image. For this reason, you might want something a bit beefier on the pixel count, but there's also an argument that perhaps you should get closer to your subject or use a longer lens.

Are you only interested in stills photography or do you want to dabble in making some video content too? Bear in mind that unless you're happy editing footage together or know someone who can do this for you, then you probably won't be doing much video if your main aim is to have a camera for stills. So, don't go to town purchasing a camera that shoots high-resolution stills and 8K video footage in the raw format right away (unless you want to splash the cash, in which case you can't go wrong with the Canon EOS R5). If you want to play with video but mainly concentrate on stills, then you're better off finding a camera that has focuses more on stills than video but still has some video capability (that's almost all of them these days). 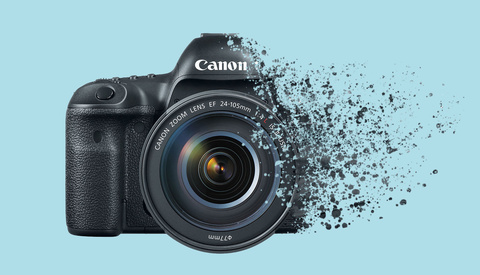