A brand new full-frame mirrorless camera has just entered into the game, and it comes from the German-based luxury camera brand Leica. The Leica SL (Typ 601) is a 24-megapixel camera that packs a number of interesting features within its eye-catching design such as 4.4MP EVF with 60fps refresh, 11 frames per second burst capture, internal 4K video, and touchscreen controls, so let’s take a closer look.

Starting at the heart of it all, the Leica SL uses a 24-megapixel full-frame CMOS sensor with no low-pass filter. The ISO can be set to sensitivities ranging from 50-50,000, although the truly usable ISO range is yet to be determined. The Leica Maestro II image processor with a 2 GB buffer is used in the SL, and burst captures of 11 frames per second for up to 33 raw DNG images is possible. If you are shooting JPEG, you can fire away endlessly at that rate. The Leica SL uses a new-in-name L-mount (previously used on the T Series lenses) and its first native lens, the Vario-Elmarit-SL 24-90mm f/2.8-4 ASPH, launches alongside the camera.

Autofocusing is contrast-detect based, and Leica claims it to be the fastest autofocus available in a full-frame camera. There are 49 autofocus points total, and you can utilize these in single point, field, and zone modes. With the addition of a 2.95-inch, 1.04-million-dot touchscreen LCD, you can also tap to focus where you want on the display.

The Leica doesn’t only have promising still shooting capabilities, but the inclusion of internal 4K video recording is also a good surprise. Internal 4K resolution 24fps and 30fps recordings to a memory card are sampled at 4:2:0 8-bit whereas outputting over HDMI 1.4 will grant you 4:2:2 10-bit. Shooting in 1080p Full HD you can capture up to 120fps for slow motion video. The Leica SL is also host to many other video-centric features such as V-Log L gamma, exposure simulation, zebras, safe area overlays, manual audio controls, 3.5mm headphone out, and 3.5mm mic in.

It’s hard to talk about a Leica camera without mentioning its build design and quality, and the SL looks to be no exception. Milled from two solid pieces of aluminum, the all black body looks bold and impressive. At first glance, the SL appears to be void of many physical buttons that we normally expect. This is because they are both neatly tucked in to be one with the design, and other than the on/off switch, they are unlabeled. This clean aesthetic looks beautiful, and if button customization is plentiful it makes total sense. I dislike when other manufacturers feel the need to label their buttons with specific settings when most of the time a user will be customizing it to something else entirely. I’m eager to get a hands-on with this camera to test how well the touchscreen is integrated with the shooting experience. With such a minimalistic design, I’m hoping the on-screen controls will reign in the heavy feature set and bring it all to your fingertips.

A few other details to add in that may interest you are its dual-slot SD slots, exposure time can be set up to 30 minutes, it's weather-sealed throughout, it has a built-in intervalometer mode for time-lapse shooting, and is Wi-Fi and GPS enabled.

As mentioned earlier, the first SL specific lens is also debuting with the camera. The Leica L-mount 24-90mm f/2.8-4 is designed for full-frame captures and features 18 elements in 15 groups. There are 11 anomalous partial dispersion elements and 4 aspherical elements to handle distortion and chromatic aberrations. The 24-90mm has 3.5-stop optical image stabilization built-in and is designed to have internal focusing plus weather sealing throughout. Lenses from Leica's other mounts, such as the T, S, M, R, and Cine series, will work with the SL via adapters.

I'm curious how many stops of dynamic range it can achieve.

$4950 for a lens that isn't a constant aperture seems... different.

Whenever you feel confused, just remember: Leica.
But also think of it this way... If Sony announced a 24-90mm lens, you could very well predict it would come as an f/4. Even though this is a variable aperture, at least they are squeezing out 2.8 at SOME point in its focal range.

Seriously. They once threw in a car with their tele lens.

I'm disappointed that Leica is continuing to dig its own grave. As long as it continues to position itself as a "luxury" camera brand, it will continue meandering towards total irrelevance.

"By 2011 Leica was profitable and promising enough that private-equity firm Blackstone Group bought a 44% stake for an undisclosed price. Leica’s “reputation for excellence and innovation” was a big factor, said Axel Herberg, senior managing director at Blackstone.

The target market for this camera isn't worried about how much it costs.

In fact, there's a bigger risk in pricing it too low than too high.

And honestly, this camera excites me. So if the people who are already happily paying for Leica products are still paying, combined with a camera that may actually be mostly worth the cost before vanity pricing kicks in, I think they are going to have a hit.

Leica have a specific market which they know very well and cater for. Just because us mere mortals cant afford them doesn't mean they don't do well. For most people who buy these cameras its not necessarily all about the technical specifications....just like its not always about comfort or practicality for someone who buys a 500K sports car.

Am I the only that thinks that for all the ''mystique'' about Leica...the image quality is just...average?? I just don't get it.

This rig is enormous. I really want to believe we're being punk'd. 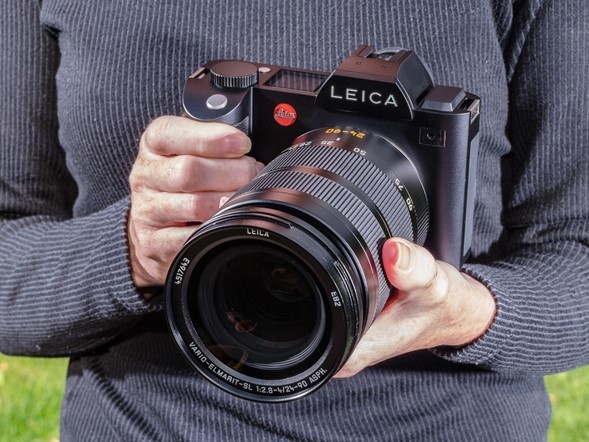 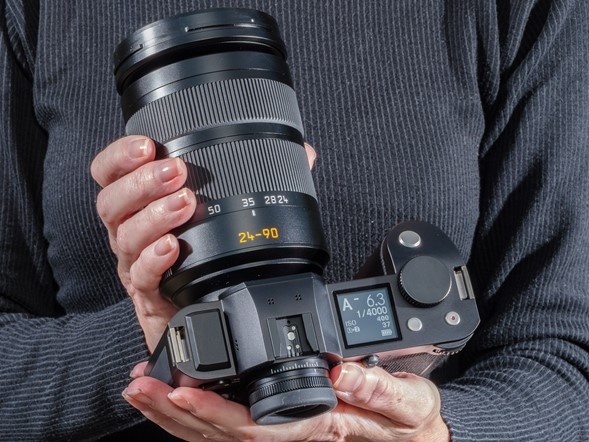 I can't quite figure out why, but for some reason these images remind me of: 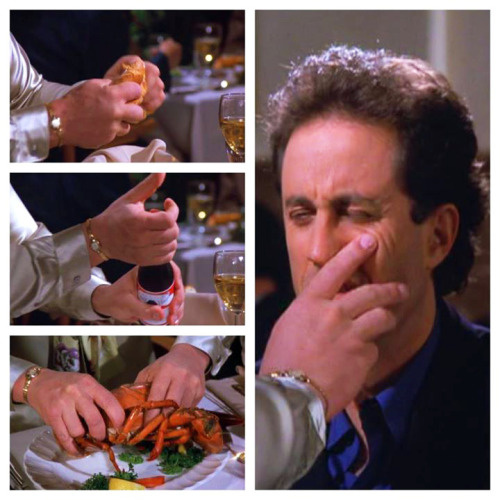 For a mirroless Body it's huge....

So, a butt-ugly, oversized and overpriced camera that does what you can (mostly) do with a flagship Nikon or Canon camera. Mirrorless, with a mechanical shutter. Right...

4K 4:2:2 video out is pretty neat though, cant think of a Nikon/ Canon camera that does this at the moment.

Last time I checked the GH4 did not have a 35mm sensor.

Pretty sure all mirrorless cameras have a mechanical shutter.

Either the model is quite petite or possibly FStoppers published a yet to be disclosed medium format Leica camera instead of the SL.

Do you know what petite means?

Petite model: as reference to the person who is holding the camera.

Looks amazing, and they finally listened to the Mirrorless complaints and included a real battery. (1860mAh vs sony 1020mAh). And if it handles anything like the Leica Typ 007 S bodies, and if the glass is anything like the S glass, then they have a winner. (The S had to be the best handling camera with the best glass ive ever used, wish I could have afforded it, but the lenses were too pricy for me, so I ended up with a Pentax 645Z, and yes I still kinda of regret it).
For those that complain about the speed of the zoom glass, Leica is not in the need for speed game, they are more worried about other things like corner sharpness for example. (Try the S glass and youll realize you Can/Nik/Sony are way behind). And the thing that will make most drool, Leica also announced the 35mm f/1.4 Summilux and 50mm f/1 Noctilux for next year for this SL. Wheres the Can/Nik/Sony f/1 glass ?
Amazing all the nay sayers saying Leica is out of touch or is digging their grave, go out and try a Leica S, and tell me it is not the best camera youve ever shot with. I shoot with Canon 5Ds, Oly EM5II, and Pentax 645Z, and none of them come close to the joy of shooting with a Leica. (its not always about specs for me, its about the enjoyment I get out of shooting).

The S is a genius camera, This seems to be about the same size but falling short of the features.

Please refer to my Mac vs Windows comment for my view on the whole "Leica sux Nikon rulez!" thing. It's about the experince, not the specs.

Can we stop calling the 135 format "full frame"? To anyone who's shot medium or large formats, the term is ridiculous. If you don't crop your images they're full-frame, regardless of sensor/film format.

So SL means Super Large?
Sadly, this looks to be the same size as the S camera but without the resolution, larger sensor and the selection of LS lenses in addition to the regular S lenses.

I can't wait for the Amazon "reviews" of this camera. Such as these hilarious gems of the Samsung 85" tv: http://amzn.com/B00CMEN95U