Nikon has announced the Z 5, its new, full-frame, entry-level mirrorless camera. It will be available to purchase from August for just $1,399, making it $400 cheaper than the Z 6.

The Z 5 features a 24-megapixel full-frame sensor, a 3.69 million-dot Quad-VGA viewfinder, and a 3.2-inch touchscreen, which tilts, but does not fully flip around. It shoots 4K video with a 1.7x crop and lacks the top panel display of its siblings. However, unlike the Z 6 and Z 7, it includes dual UHS-II SD card slots.

The new camera contains an EXPEED 6 processor and features Eye-Detect autofocus which will work on both human and animal subjects.

The Z 5 is powered by the new EN-EL15c battery, which Nikon claims will offer improved performance. It’s not stated in the press release, but one would imagine that the Z 5 also accepts the EN-EL15b batteries used in the Z 6 and Z 7. The Z 5 can also be powered via the USB port, and the USB-C connectivity means that the camera can be used as a webcam.

Nikon states that the Z 5 has the same rugged build as its mirrorless predecessors, which suggests that beyond the burst speed, video capabilities, and the step down to UHS-II SD cards, there are not many compromises being made.

Tying in with the diminutive size of the Z 5, Nikon has also announced a super-compact kit lens, the Z 24-50mm f/4-6.3, which is less than two inches long when retracted and features weather-sealing. On its own, the lens will cost $399.95, but can be purchased as a bundle with the Z 5 for $1,699.

Will you be adding the Z 5 to your arsenal? Leave your thoughts in the comments below. 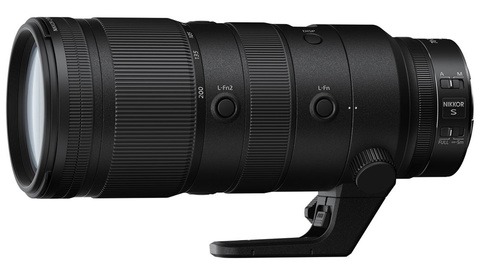 buy a couple of xqd cards for the z6, and it will add 2/300 dollars to the price

I use my Z6 for video. It only sees SSDs attached to the Ninja V.
1TB of XQD cards is ~$300 more than the Ninja plus 1TB SSD, batteries, cables, etc.

And there we go, 30 years of Canon and weeks after the R5 release I find myself looking at what the competition is up to. This Z5 seem to have what most the video guys need for their youtube channels but for less than $1400.00

Now let's wait and see what the Sony A7SIII will have up its sleeve :)

Indeed, being a former Nikon user, I'm really happy to see this from them, it's a SOLID camera (albeit with older sensor tech) for people to get into full-frame mirrorless, and knowing Nikon, the image quality will be fantastic.

Now I wonder how good this new cheap zoom lens is optically, that's traditionally been a bit of a weak spot for Nikon...

Had some serious typos on my previous reply, fixed it now.

I agree that Nikon putting this out is a great move.
I do however disagree that it is pricey - I think the body is priced right considering what you get, the lenses will be something to watch.

I don't have a Youtube channel, but I imagine that a flipping screen is what they're after. This one doesn't have it :)

This article forgets to mention that the Z5 does NOT have a BSI sensor like the Z6/7...

I was wondering what the significant differences were.

I guess that was one of the cost-cutting measures they put into place...

Will be interesting to see some official reviews / stats on this, to see how this older sensor performs compared to more modern BSI-type sensors.

I would think similar to D750, maybe a little better with updated processor.