With all of the noise about new mirrorless cameras and all the benefits they bring to the digital photography table, it’s time to take a moment to recognize a pioneer whose 20th birthday just quietly passed: the Nikon D1.

The Nikon D1 was announced in June 1999, and while its specs sound underwhelming today (a 2.74 MP APS-C CCD sensor and a maximum ISO of 1,600 that you probably wouldn’t want to go near at all), at the time, it was revolutionary. It wasn’t a hacked Kodak/Nikon digital-grafted-onto-film affair, it was a ground-up digital effort, not unlike the Canon D30 of the time as well.

Photographer and industry analyst Thom Hogan points out that the D1 marked Nikon’s attempt to capture the professional market in the digital space, while Canon went downmarket with the D30. The D1 did bring some crazy technology (for the day) into the body - for instance, it was actually a 10.4 MP sensor that the company had pixel-binned to a lower resolution. A 10.4 MP sensor in the early 2000s would have been a talking point, for sure, and it’s interesting that Nikon didn’t choose to go this route with the then $5,500 D1.

My professional career started with the successor to the D1, the 4.1 MP D2H, and I still have a working one today. Whenever I pull it off the shelf to have a go, I can’t believe how even the lowliest Canon Rebel can outshoot this camera that was once a beast for photojournalism. That said, technique always trumps gear. Here’s a shot I got out of one of my first shoots with a D2H. 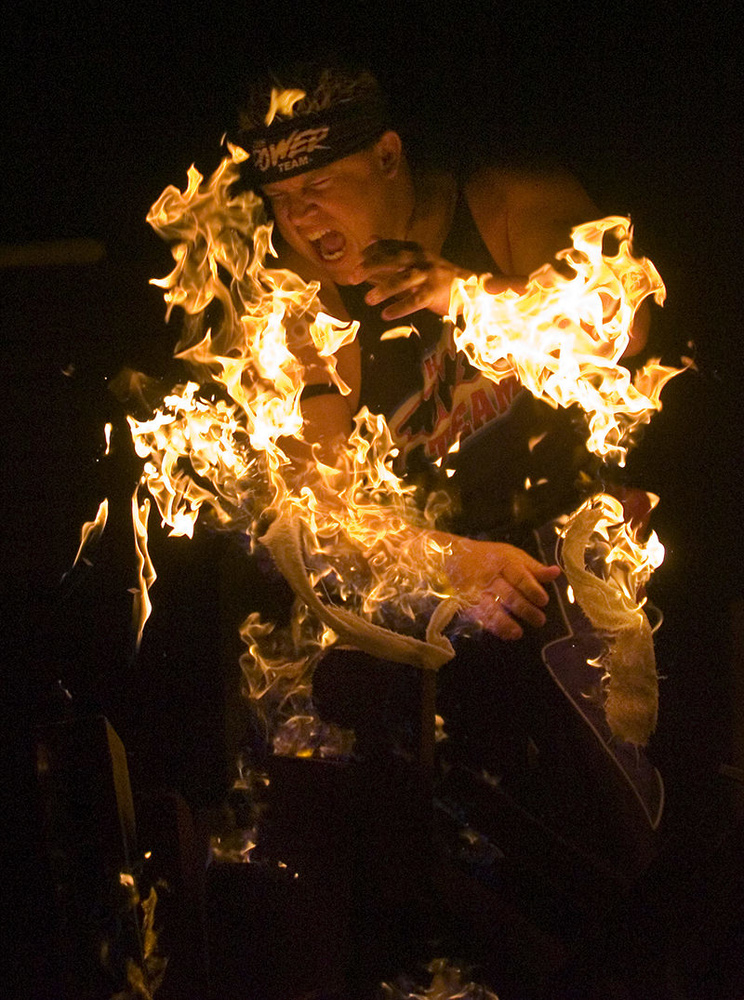 One of the first shots I ever got with the Nikon D2H, the successor to the D1. Technology has come a long way - the dicey ISO 1000 in this shot on this camera is something that a current-day D5 wouldn't even break a sweat on.

It was hard enough to get anything with a really noisy ISO 800 and an ancient autofocus system like that of the D2H; I can only imagine what shooting with the even older D1 must have been like. Still, it would have been hard to picture how far technology would advance in the years to come at the time.

Have you shot with the D1? What was your experience with this historic camera?

Gear
Do You Use Yesterday's Camera Tech?

I remember when this camera came out. I was still working in a film lab and photographers would come in and regularly trash digital photography. While this didn't completely change that (I think it was around the time of the D3 that the shift happened in earnest), it certainly perked people up to the notion that digital cameras could be more than just toys and that perhaps there was a paradigm shift on the horizon.

I had a go with it back then, wasn’t 100% convinced at the time so passed.
The Kodak DCS14n was the first big step into digital here. Dreadful things when you look back on them now :)
Just incredible to see how far things have come since the D1 arrived.

The D1 was built like a tank. Every piece. You could feel the ultra solid build when you held it. A large sensor wasn't needed for photojournalism.

I told myself that when I came across a camera that could take photos as good as film, I would buy one. The D1 was that camera. It was expensive, and had a few shortcomings beyond the poor performance at high ISO values - mainly around the battery. But it did take good photos.

I still have the body.

I convinced the publisher of the newspaper where I worked that it was time to make that transition. They liked it because it pushed our deadline way back; if something was breaking before we put the paper to bed, we could still have something in that edition.

I also distinctly remember losing some shots of a pretty monumental fire because of a battery malfunction. It just registered black frames, some of which I'm sure would have earned me a Pulitzer . . . well, maybe not, but it was pretty frustrating to lose documentation of a pretty significant event in our town.

Don't even get me started on trying to shoot nighttime football at ISO 1,600 with the horrific lights at the stadiums here.

As well as my D2x. Solid images in daylight and they make great remotes.

My first digital camera, It was brilliant.

I still buy these cameras cheap off eBay and use them in my custom photo booths. Eventually the cameras die (Usually the shutter)... but I just can't throw them away

Nifty idea. I had alot of thoughts on repurposing the otherwise sturdy d1x's, this didn't cross my mind.

I was given a D1X, I took wonderful photos with this camera. They were with a 17-35 f2.8, a lens Nikon still produces. If there was no digital photography, I would not be a photographer. Thank you, Nikon.

I had a d1x up until recently when I dumped it on Durys in Nashville. Great camera, certainly with good technique it would rival my Nikon's with 4 and 5 times the sensor rating.
The only downside, batteries. I had the original batteries, which were paper weights. I even bought NOS batteries, which were bricks, and a brand new one, which held enough charge for about 60-80 shutter releases, then would lose charge, and pretty quickly lost the ability to hold even that much juice. So a good platform, with some work some lithium cells can be made to run it, but I lost all interest after investing more in lithium cells than the body was worth to anyone.

I would say this camera is responsible for transforming Photojournalist and moving them into the digital age. Back when this camera came out 99% of photojournalist were still using film. If you wanting a photo published you had to rush processes and if you were lucky it would be ready the next day. The event that pushed photojournalist over to digital was the Elian Gonzalez story. the photographer that captured the raid was using a Nikon D1. He took the photo and was able to have in published in minutes instead of hours. It transformed the expectation for publishing news. It also won the photographer a Pulitzer.

I own a D1X and a D2H. I use them regularly for special photo projects. The CCD and JFET sensors produce unique looking images.

Indeed! It's just too bad you're stuck at 4 mp for the JFET sensor in the D2H, in good light it produces nice images.