Danielle King walks through the advances that we’ve seen from major lens manufacturers in recent years, and peers into what we’ll want the most from the future.

In this bizarre video, King talks about technology that I’ve also come to love over the years. I agree with almost everything she’s saying. In general the market has opened up so that almost anybody can afford to get a detailed image. That also means that lens manufacturers need to compete on other issues — “When all lenses produce sufficiently sharp images, sharpness no longer becomes interesting.”

King isn’t a fortune teller, she’s looking at the innovations that could be worked upon. Olympus adopting a function button on the lens is a particularly interesting addition to what we’re used to. We’ve also seen potential from Canon to include a fingerprint sensor, showing that the idea has further promise. 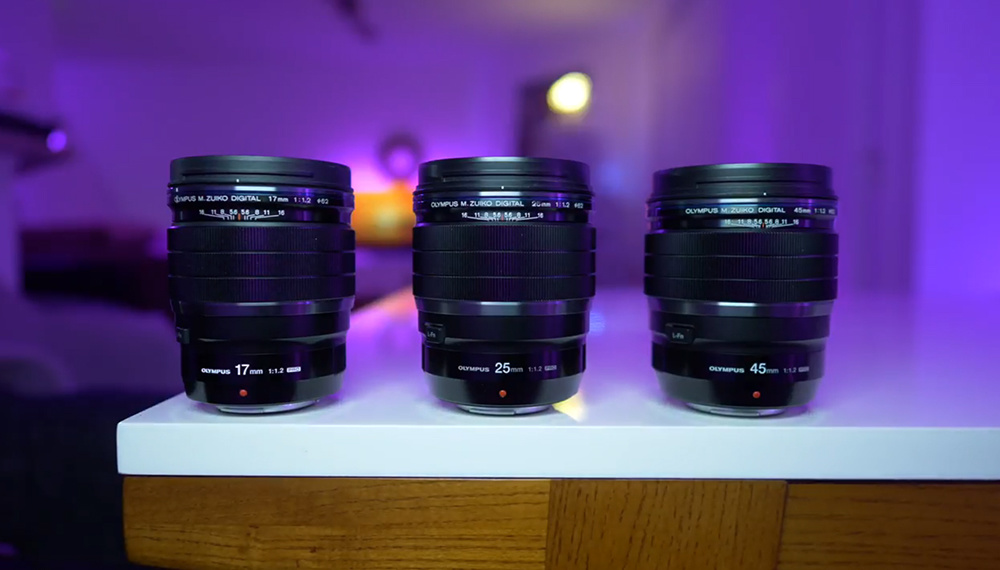 I’m also interested in what Olympus is doing with their 17mm, 25mm and 45mm M.Zuiko f/1.2 PRO lenses. They’re all the same size, which makes them easier to carry and more predictable on a gimbal. This seems like a no brainer for a manufacturer to strive towards.

However I’m not certain about the future value in these ideas. Surely the different glass inside of Olympus’ lenses means that they’ll need to be re-balanced on a gimbal anyway? And while some lens options may have gotten lighter, Sigma’s Art range is generally heavier than the competition. I wouldn’t go so far as to say the trend leans towards lightweight lenses, and I’m not sure we'll want Sigma to make it's lightweight lenses more bulky in order to remain in check with the rest of the line.

What are your favorite features that you hope will be fleshed out and find further uses?

Very cool. Great thoughts. Things will always change, but it’s funny that for all of our technological advancements, we are still going to great lengths to create amazing images with only slight differences in form and process. If every lens was a paintbrush, what brush do you choose? Personally I will never stop searching for the right brush for the right job. It doesn’t matter to me how big, small, bulky, sharp, auto, manual, etc as long as it gets the job done, and I can use it to capture what was in my head.
I would rather camera companies spend their time making sensors more versatile, and chameleon like for use.

The way she is looking at the auto cue off to camera right is stopping me be able to watch any more than the first 60 seconds...

that's a super high threshold to maintain your attention buddy, imagine if everyone on the planet shared your instinct to quite engaging with a topic whenever they saw a quirk or oddity in a person's mannerisms - humanity would still be living in caves.

It's not anything to do with her mannerisms, she's reading off something right next to the lens, and it looks weird that she's looking close to the lens, but not into it.

I agree with you it looks weird. But that's not the extreme part of your thinking: you said that the weirdness was "stopping" your ability to watch "any more than the first 60 seconds..."
I can imagine you would have some interesting criticism of the video, maybe there are some points in the video that should be improved on, or should be dropped, maybe the pacing of the video is too slow, or that it's not entertaining. But just having cue cards off camera isn't normally a deal-breaker for people. Saturday Night Live is a 40 year media dynasty with cue cards off the camera axis, I've never heard anyone say that the problem with SNL is the cue cards.

Amazin video! Thanks for thoughts! btw, the reflection in glasses ...