If you want to get a good feel for the pulse of the photography industry, looking at the camera equipment photographers are renting is a good place to gain some insight. Lensrentals has released their data on the most popular camera equipment of 2017, and it has some interesting facets.

Lensrentals is one of the industry's largest photographic equipment rental agencies, and they also do some great scientific work and data analysis on their blog. They've kept tabs on their rental data in 2017, and it offers some unique insights into the overall direction of the industry:

Do these trends match with some of your equipment decisions in 2017? Let us know in the comments! 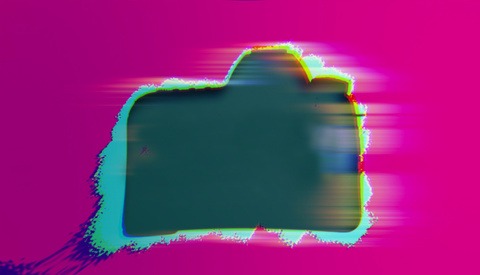 for the Sony does lensrentals or the author mean the FE mount for sony is the 2nd most poplular with 13 percent right now its listed as the E mount, which if i remember correctly is different and would not include lens like the gmaster 24-70

Sony E mount and FE mount is the same. The FE just stands for ”fullframe” or that it cover the full frame sensors. It’s basically like Canon EF where they can mount on both APS-C bodies and Full frame ones but if you try to mount a APS-C lens you get tons of vignetting. (I known there isnt possible to do this with ef-s because they has a ”tab” stopping it but it would have the same effect.)

When I look at the data I see a list of equipment that people don't own. Other similar equipment not on the list, is that owned, or just unloved. Many businesses will lease expensive equipment that has a short life, for tax reasons, and for ease of replacement when new stuff comes out. I wonder what a list from a photo leasing company would look like? Do or should the lens rental companies also have a leasing business.

I'm running a rental business in China and HK.
People tend to rent what they want to buy. It's the best way to see if your investment worth it.
What people don't rent is the "cheap" part of the market cause they can buy them easly.

Also people rent what their client ask for.

the last list of item is the niche lenses such as tilt shift; people will over think 10 time before buying such lens.

Also, with Sony releasing a new body every 6 months, I can see a lot of rent on the body where I have no such trend with other brand.

I wonder if the increase in wide and normal angle lenses and decrease in portrait lenses is due to rising megapixel count - making it easier to crop in and still maintain high resolution.

Consider hobbyists like myself who own crop-sensor cameras and haven't grown into expensive glass (yet). With the 1.6x factor thrown in, lenses like the 24-70mm are really appealing and reach into the portrait lens range that you describe.

It makes sense that the 85mm F/1.2L II and 135mm F/2L both lost positions. One word - Sigma. The new ART series is quite remarkable; the 85mm F/1.4 and 135mm F/1.8 have added some refreshing competition into that prized focal length for portrait and fashion photographers. I imagine the Canon 85mm F/1.2L II will drop even more spots next year when the new 85mm F/1.4L IS has spent a few months in the wild. And the Canon Rumors website has reported that Canon engineers are supposedly testing the 135mm F/2L II which includes (drum roll please...) image stabilization. Let's hope they can price that lens as aggressively as they did the 85/1.4 IS.

Where is the article? It's not on their blog anymore?

They sent out the data from the their press contact.

Where is the data? Is there a link to the list in the article that I am missing? Thanks

They sent out the data from the their press contact.

While m4/3 is not the biggest selling format, the lenses tend to be cheaper as opposed to FF and I think more of those users (me included) buy as opposed to rent. With this theory in mind, Sony isn't a surprise at #2 as their lenses are pretty expensive and often more so than the big two. Plus they are newer and cannot be purchased on the used market as readily like Canon and Nikon. I'm just glad that Lens Rentals carries such a wide variety as I shoot two different systems and I readily use them when needed. The service there is always great!

Is fair to point out that Nikon's F mount has been around for decades and are still compatible with modern cameras vs. the two relatively new mounts of Sony and Canon. More inexpensive used options could mean less demand for rentals.