Learn Lighting From the Eyes

When I picked up the camera a little over a decade ago, I decided that I'd cut out magazine photographs and make a journal of images that had closeups of the eyes. It was the only access that I had to see the reflection that showed me a little moment behind the scenes of the photoshoot. It's the "lighting hack" that I tell everyone about, because it is the first clue to what type of lighting modifiers were used to achieve an image.

Go Behind the Scenes

If you're a beginner photographer in a city that's far from the major hubs, getting access to a photoshoot is a treat. Yes, we have many Instagram accounts that feature BTS photos, but a majority of them set up the shot for the BTS photo, not so much for the real imagery. When you see the the eyes of a model, it gives you the lighting used at the exact moment.

I've looked to see how busy a set is. Was it a skeleton crew or a full set? I know that's not an actual indicator, but for someone who had just picked up a camera, it was exciting to grab a magnifying glass and count heads. It was exciting to see what angle the lights were at and then compare that to the overall final photograph.

It was through this process that I learned things like: "Ok, that big, square light makes this type of imagery" and started to really understand lighting modifiers.

The Eyes Taught Me Lighting 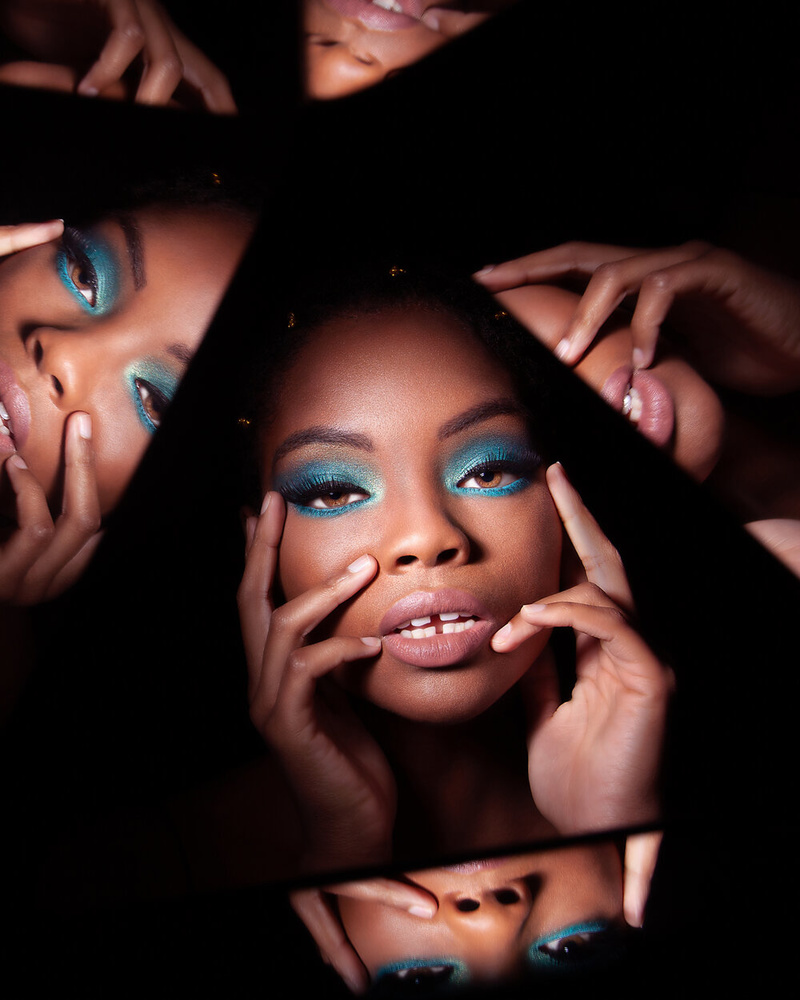 Do the Eyes Tell Everything?

There's no way that you can find the exact lighting setup from the reflection of the eyes. Sometimes, you got lucky, because the magazine booked a model with bigger eyes and you could see more. Sometimes, you could only see a singular light, but in reality, the photographer used multiple in different areas. That was ok with me, because once I had a piece of the puzzle, I was able to solve the rest. It took time, but it sharpened my skills before I knew it!

Nowadays, we have many Instagram accounts that specialize in behind-the-scenes photos. Some are accurate, and others are not, and the frame is filled with equipment that won't be used. The reflection in the eyes are the most accurate way besides being there yourself. Take a minute to examine the work of your favorite photographers and see what you can discover.

Walid Azami is a Photographer/Director and creative consultant from Los Angeles. He got his start working with Madonna + Co by contributing to her many projects. It was then he realized his place in the creative world & began teaching himself photography. He has since shot Kanye, Mariah Carey, Usher, Jennifer Lopez, and many commercial brands.

BTS / September 13, 2018
Easy Ways to Use Backlighting in Studio Photography

Charlize Theron shot might be a soft box or umbrella with a big silk hanging in front of it which would account for the large catch light and even lighting.