Was Caravaggio the First Master of Light?

Light has been fundamental to art for centuries predating the camera. However, utilizing realistic and impactful light — an objective of many photographers and artists today — wasn't always the case.

Photography has seen many labelled "masters of light" over the decades; Henri Cartier-Bresson, Fan Ho, Richard Avedon, Sabastiao Salgado, Bill Cunningham, Ansel Adams — and these are just off the top of my head. My knowledge of the art world, insofar as painting in particular, is almost nonexistent, but I suspect there have been as many or more in the same time frame. Nevertheless, Renaissance era art didn't necessarily treat it in the same way. Many scenes were what we would regard today as flat, or if they have contrast, many seemed unrealistic. That isn't to say photo-realism (a term that obviously didn't exist at the time) was the goal of the painters, though some appeared to aim at it. There was one artist, however, who seemed to master light — particularly dramatic lighting — before many others: Caravaggio

In another wonderful video essay by Nerdwriter1, we are shown the work and life of Caravaggio, one of Italy's most famous — and infamous — artists of the late 16th and early 17th centuries. His style of painting is much discussed, and that is an interesting topic, but what's more interesting to me, and more pertinent to us as photographers and videographers, is his use of light and shadow. His masterful and realistic application of golden hour light and low-key scenes gave mood and drama to his images in a way few others had. As art historian Andre Berne-Joffroy put it: "What begins in the work of Caravaggio is, quite simply, modern painting." Curiously, it also shares many characteristics of successful photojournalism and street photography over the last 100 years.

Was Caravaggio the first master of light? Was he drastically ahead of his time with his approach to how scenes are lit for mood and drama? Art History majors, now is your time. Share your thoughts in the comments section below.

Film Photography / December 2, 2020
This Is the Main Reason I Don't Use My Film Camera

Ugly shit is a little bit strong no? how is he a hack?

Btw, have you seen the documentary "Tims Vermeer"?

Caravaggio was a hack who made ugly shit? Come on man seriously 😂. Of course light in Vermeer's painting may be more accurate and realistic to the point than Caravaggio's, but paintings are not about who makes the most realistic/accurate piece. The way Caravaggio uses light to bring drama and narrate a story to bring visual context was unknown until then, I'd say better than Vermeer. Look at the book called "Caravaggio In Detail", you'll understand wether he's a master painter or hack.

Interesting thoughts, but I also think that Vermeer was much better when it comes to the light. Who knows, though, maybe Caravaggio could outshine him if he had an access to photoshop or photoworks back then. It would be a glorious battle. Oh, wait, it would mean that all the famous art works would look completely different now... Gosh, I wouldn't want to see Judith with some other background lol

One of the first HDRs... 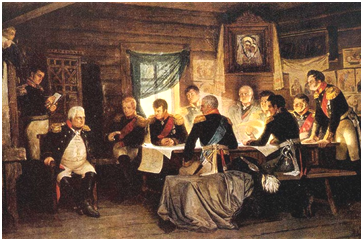 Think about how today's pseudo-AI processing would destroy this piece.

Caravaggio was great. I'd consider him a master of light. I love how dramatic his work was. His contrast immediately draws me in.

Titian, Vermeer Michelangelo etc are great too. i'm not taking anything away from them but Caravaggio was great at putting art and stories together so dramatically.

Yes. Yes. And, yes. Here's why: Caravaggio painted figures in action, not posed. His light is like a flash of lightning capturing the action at a critical historical moment like a frame from the Zapruder film. Click. Stop the action.

I don't see what figures in action has to do with it. That is like saying an NFL photographer knows more about light than a portrait photographer. Both could equally knowledgeable or ignorant about light.

The question the article asks concerns Caravaggio mastering light in his work before others.

It's great to have photographers discussing fine painterly art. My guess is not every photographer has a background in fine arts. Composition, light, value and color are there done by masters. Keep up the good work everyone.