Could You Shoot a Photo Blindfolded?

Ok, I'll be the first to admit that shooting blindfolded isn't something you will likely ever have to do, unless you have some really weird clients with very specific needs. Nonetheless, it's a fun challenge, and it's quite enjoyable (and hilarious) to watch!

Coming to you from Cinecom, this fun challenge follows them as they have to recreate famous photos, all while blindfolded. This means both setting up the lights and doing the model's makeup without being able to see, followed of course by actually shooting the photos. I have to admit that I was rather impressed by Jordy's result. Though it was a bit overexposed, he did a great job of bringing it back in Photoshop, and his ingenuity in using the camera timer to give himself time to get the fan effect was quite impressive. Frankly, I probably would have gotten as far as knocking over a light stand before I quit, but in fairness, I'm a pretty clumsy person in general. I'm quite amazed at how well the photographers know their equipment.

As you'll see, they get to take the blindfolds off for the editing portion. Honestly, I'm not sure there's anyone could use Photoshop blindfolded! 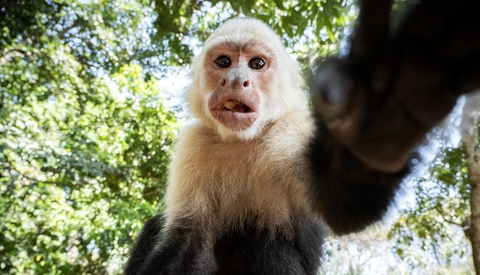 Humor / March 25, 2020
Do You Look Like an Ogre in Video Calls? Me Too. Fix It With Simple Tips From Portraiture