An Interview with Seb Agnew: Magical Realism and the Human Experience

Seb Agnew is a German-based photographic artist. His practice is based on creating tableaux imagery, which is set in the real world, but with elements that make the ordinary extraordinary. His characters challenge the human experience and often face moments of disorientation and solitude.

Seb studied audiovisual media at university. These studies introduced him to a broad spectrum of media practice including film, photography, and CGI. He quickly decided he wanted to work with still imagery and was more interested in editing and post-production of still images. This, he believes, alters his approach to his photographic practice compared to most photographers. 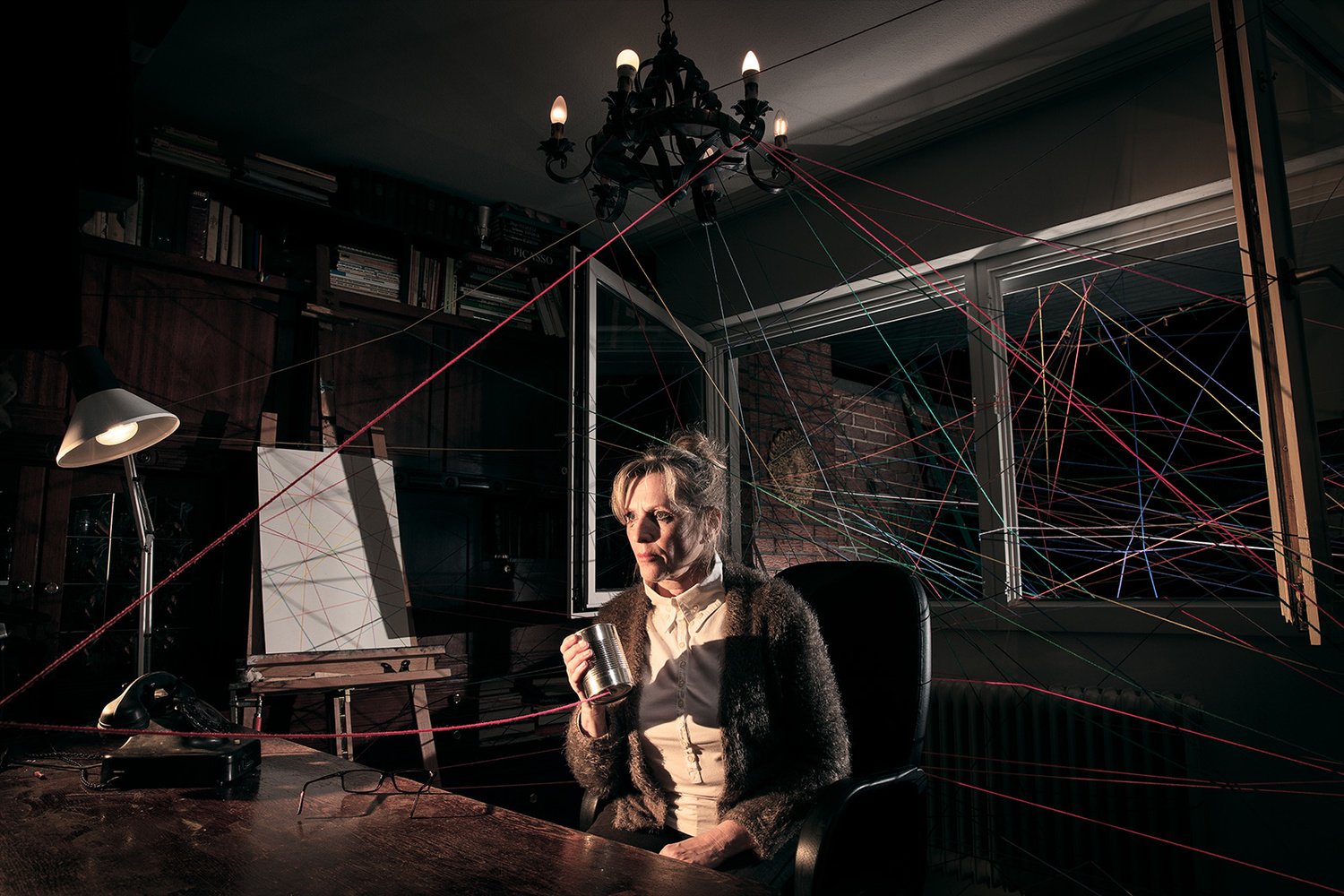 Early in his career, he worked in film and provided post-production to film productions. He quickly transitioned to still imagery but still provided post-production and retouching services to photographers. He finally realized that his true passion was in staged narrative photography as well as teaching photography. In 2008, Seb made the move from Munich to Hamburg to pursue teaching credentials. This was a fresh start for him, where he juggled his studies at university during the day with his photographic and retouching practice at night. These years helped formulate and cement much of his personal style of photography.

Seb’s current work includes building life-size sets or co-opting existing locations to create unreal situations. This technique is used in most of his series, including Grown, Syncope, and Epiphany. He also utilizes small-scale dioramas, which he completely builds by himself using classical crafting techniques as well as 3D printing and laser cutting. His ongoing series, Cubes, is created this way.

I love realistic and ordinary situations that have something like a fantastic or dreamlike moment to it.

This style was borne of a transition in his approach as well; he began constructing in the “real world” more and more rather than working so much in post-production and CGI. Working with miniature and large-scale sets innately lent a sense of reality and realism to the images. Seb still utilizes 3D-modeling techniques, but these serve as an aid to help plan the final image, which is constructed and built in the real world. The challenge was shifting in how to approach these images: since the sets needed to be planned and constructed, the final shot needed to be conceptualized before any construction took place. Although there is still often compositing involved, much of that is secondary to set building and constructing in the real world.

Your people all look so desperate and so sad.

Seb’s subjects seem lost in thought, the rooms are traumatic, and things are collapsing. Despite this, his intention isn’t to make sad or melancholic images but rather to reflect the human experience. Perhaps viewers can identify some part of themselves in the subjects in his images and connect on an experiential or emotional level to the images.

It’s us. It’s everyone around us. It’s you and me.

We are continually faced with experiences that challenge us to reflect back, but also to look forward. We are constantly tasked with reflecting and contemplating on our own existence.

Seb’s images are microcosms filled with details; they are the human condition. But they are also a reflection of him. He grew up in an old detached house formerly owned by the German railway corporation. The home had dark wooden paneling; it was a house of atmosphere and character. The doors were sliding doors originally from a train! All these aspects heavily influence his work. Even his outdoor images have a feeling of isolation, of being enclosed.

A room is like another version of the human mind. The human psyche.

I absolutely start with the image in my head that needs to be printed in the end.

Seb’s work is very meticulous. He believes in creating detailed constructions and so between planning and executing his images; he points out he only creates about 10 images in a year. It’s a slow process compared to most modern photographers. Usually, he’ll plan an entire series of images in advance and then work on one image at a time. Working in this way, he’s able to visualize how multiple images may relate to one another. He does stipulate that series he creates using his diorama technique are much more planned as each Cube image interconnects with others, whereas open/life-size sets are usually a bit more free-flowing. The life-size images start with a project statement and he has a rough idea of how many images he wants to create.

A body of work needs to be coherent. Once you realize that a picture doesn’t fit into the series, why not think about making another series?

With his Grown series, he had about 13 images and suddenly realized that the story was finally told. The natural transition was to begin another series.

One morning, when preparing breakfast, he broke an egg into his dustbin instead of the frying pan. Only when trying to put the bin into the fridge, he became aware of what he was doing and how absent-minded he was for a split-second.

This moment stuck with him for a few days. Not much later, he visited a museum on historic surgery and medicine in London and discovered a small sign with the term "syncope" on it. Syncope is the medical term for blacking out.

This moment brought everything together: the word, the technical term for loss of consciousness, and having lived through the experience of this. He believes that the project is universal as so many people deal with concentration loss in our current fast-paced society.

Seeing the Image in Print

Not every image is the same; some images require several weeks of planning and execution, whereas other images “just happen.”

His work reflects this intention with many minute details and objects that might only be found after multiple viewings. He confesses that he pre-plans heavily. Although he doesn’t draw, he does visualize his images in his head as well as through CGI renderings. There is no point in working on parts of the set that might not even be in the final image. This way of working is about working efficiently by keeping the final image in mind and only working on parts of the set that will be seen in the final crop.

Once he’s pre-planned, he begins sourcing assets for his imagery. This includes casting the right model for the shoot. The actual photoshoot with the model only takes 30-60 minutes. Prior to this, he has already spent an entire day lighting the set. Because lighting is all done prior to the model’s arrival, he can focus on correctly directing the model and taking images on the day of the shoot. Especially when working with miniature sets, he is considerate of lighting, perspective, and color casts. It’s never perfect; there are always moments of surprise. But it’s about getting it as close as you possibly can.

The other part of sourcing assets is sourcing and designing the set, which sometimes happens by happenstance, but in some cases requires extensive sourcing of items either via second-hand shops, through his network of friends and acquaintances, or simply purchasing what he needs and modifying it if needed. There isn’t a “set formula” as such, but rather working in a way to create towards an image.

Seb’s equipment serves the images; it’s not about having the biggest or newest but rather finding gear which will serve his needs. As he always works towards a large format print, he needs a camera that will allow for this. He currently uses full frame cameras (like the Canon 5DS R) as well as medium format cameras with at least 50 megapixels. When choosing a lens, he is considerate about the resolution and sharpness; most of his images are shot at a focal length between 24 and 30mm. For miniature sets, he uses continuous lighting (like Lume Cubes); for life-size sets, he uses several speedlights. He prefers these, as they allow for small points of light. Neither of these floods his images with light. With respect to speedlights, their small size allows him to have five to ten speedlights hidden within a room.

When working with dioramas, he notes the position and angle of the lights and then will recreate this for the model in the studio.

Once he has all his assets, post-production generally takes him two days.

Seb Agnew most certainly brings a fresh and unique perspective to the tableau or image-based storytelling. His carefully crafted and thought-out images are a real testament to the human condition. His well-documented index of how his images are constructed offers a rare glimpse into the workings of a masterful artist. 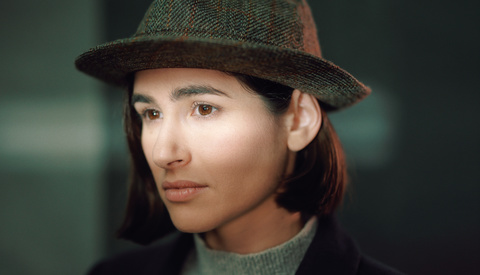 Interview / August 25, 2022
Mentorship and the Illusion of Originality: An Interview With Portrait Master Ivan Weiss 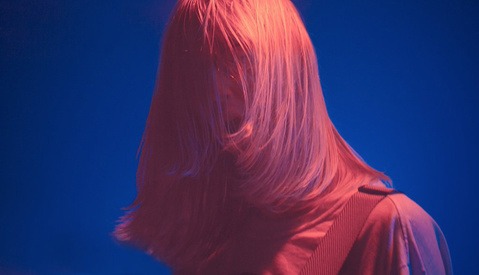 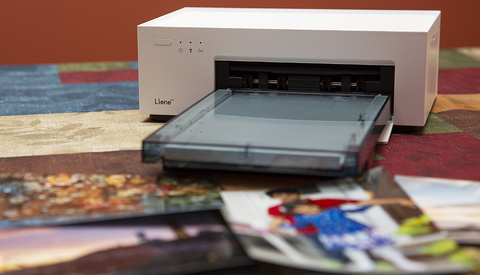