New Tech Hopes to Predict Vivid Sunsets Before They Happen

Epic sunsets seem to kind of sneak up on us. While a sunset happens every day, you need nature to cooperate and give you the right conditions for an out-of-this-world finale. One of the struggles many photographers face with landscape photography is if the conditions will be right for the shot. Will clouds block out the sun? Will it be too clear? What if you knew ahead of time that the upcoming sunset was going to be amazing and worth the drive or hike to an epic viewing point with your camera?

That is exactly what three meteorologists in Pennsylvania are trying to answer with their new weather models. They have created a 'forecast' for sunsets that graphs where the most vivid sunsets could be across the United States for that particular night.

The meteorologists take data from already existing national weather models and run their own calculations, focusing on predicted trends in moisture, pressure, and cloud cover. Adding a weighted value to different factors allows the model to highlight favorable conditions for awesome sunsets in particular areas.

"We quickly realized that some things were more important than others, and decided on a weighting scheme," said website creator Jacob DeFlitch. "The most important factor I look for is sky cover, and more specifically, the existence of high clouds over the area. High clouds not only provide moisture to refract the sunlight, their ‘wispy’ formation also provides 'texture' to the sky and are high enough in the atmosphere for the sun to scatter light below. Think of these as a movie theater screen, in which light can be projected upon."

That data is then classified to those criteria with "vivid" given bright yellow, orange, and red colors on the model. DeFlitch said clear skies, while providing great views of the setting sun, typically lack the cloud cover to really give prominence to the vibrant hues of a sunset. Finally, areas with low clouds and/or rain would be "poor" status and are shown as blue.

DeFlitch said the idea for the model was born out of necessity from his time as a campus photographer at Penn State University while studying meteorology.

"I never wanted to miss a great sunset opportunity, however, this unfortunately happened a good number of times because I was unaware of all the factors that took place to allow for a vivid sunset," he said. "As a meteorologist, I would look primarily at the visible satellite, however that would not always tell the tale."

After graduation, DeFlitch got together with two other meteorologists, Ben Reppert and Steve Hallet and built out the model.  "Since then, we have been working on improving the algorithm, the model itself, and expanding to sunrises," DeFlitch said.

There are plans in the works to expand the model to other parts of the globe as well as a possible app for smartphones. For now, the team is asking for help in verifying their model's performance. You can tweet your sunset photos to them @sunset_wx or on their Facebook page. 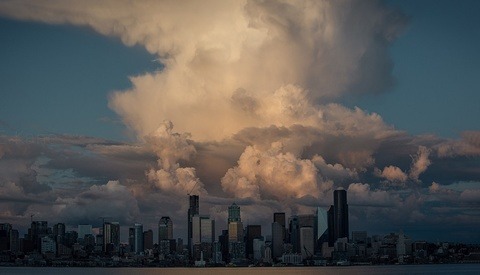 Landscapes / September 17, 2019
When the Sky Gives You Clouds Like These, Just Go Shoot 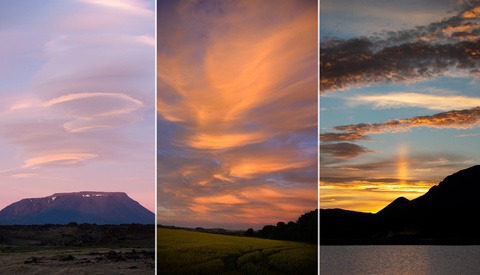 Is this actually "new" or a rip on an already well-established use of the same data in SkyFire? (http://www.skyfireapp.com/)

Looking forward, that it'll be available in Europe! Software like this is all just for US sadly!!!

I'd like some way of forecasting a thick misty morning too. It seems random, sometimes I'll plan go out very early to capture a misty landscape and it's perfectly clear, other days I'll look out and it's foggy/misty and I haven't organized a location. Anything on this anywhere?

Not just for landscape photographer. Also very, very useful for natural light portrait shooters like myself ;-)