The Sony a7R V for Landscape Photography: Our Practical Review

The fifth generation of Sony’s a7R line is expected to be a very capable camera for a wide variety of photography styles. Let’s see what aspects of this camera will be useful for landscape photography.

The Sony a7R line first emerged in October of 2013 with a 36-megapixel sensor without an optical low-pass filter, which has made it the go-to line for Sony photographers who prefer higher-resolution sensors for whatever use they have. The fifth generation, the Sony a7R V ,which was launched at the end of October 2022, has significantly evolved through the years in various aspects that increase its capabilities for both photography and video. Though it costs more than the general a7 counterpart, many landscape photographers have made the a7R cameras their choice. Let’s see what this new version offers.

What’s New With the a7R V

The Sony a7R V sports a 61-megapixel full-frame sensor similar to its predecessor but packs a new BIONZ XR processor that should affect a range of capabilities and performance, including how it deals with details, color, focusing, and exposure.

This camera comes in a body that is physically closest to the a7 IV. It comes with a number of customizable buttons and dials also found in the a7 IV as well as the customizable dial that was previously exclusively for exposure compensation in older versions of this camera and the mode dial that switches between stills, video, and S&Q mode found right under the main camera mode dial. 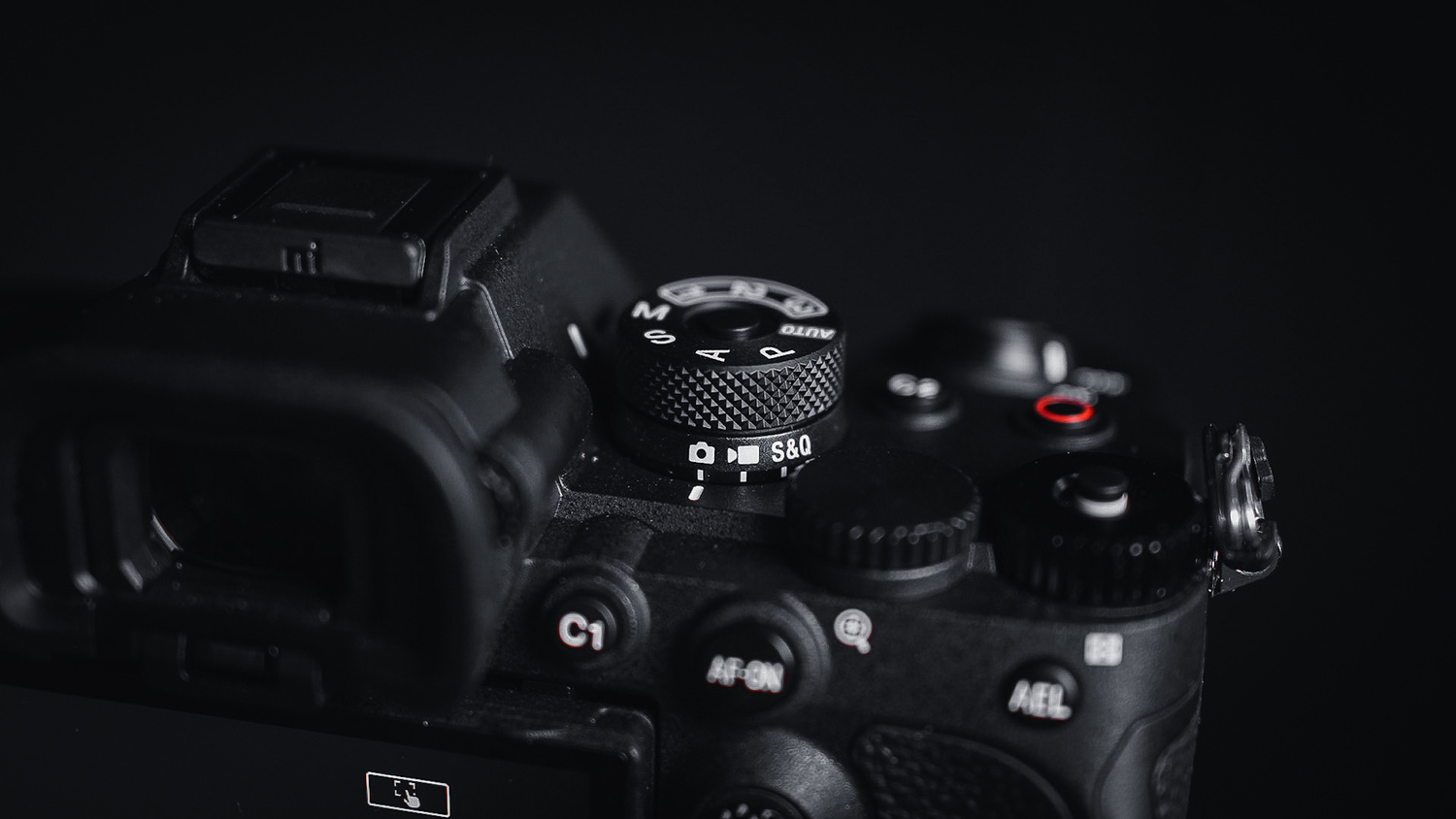 Physically, the biggest change in this camera is the improved articulating screen that combines the capabilities of the screens of the older a7R cameras that flip upwards and downwards with the capabilities of the newer screen found in the a7 IV and a7S III that flips to the side and can be rotated up and down as well. This screen perhaps offers the most flexibility in terms of shooting and monitoring from low or high angles, as well as shooting from the side or even in front of the camera. 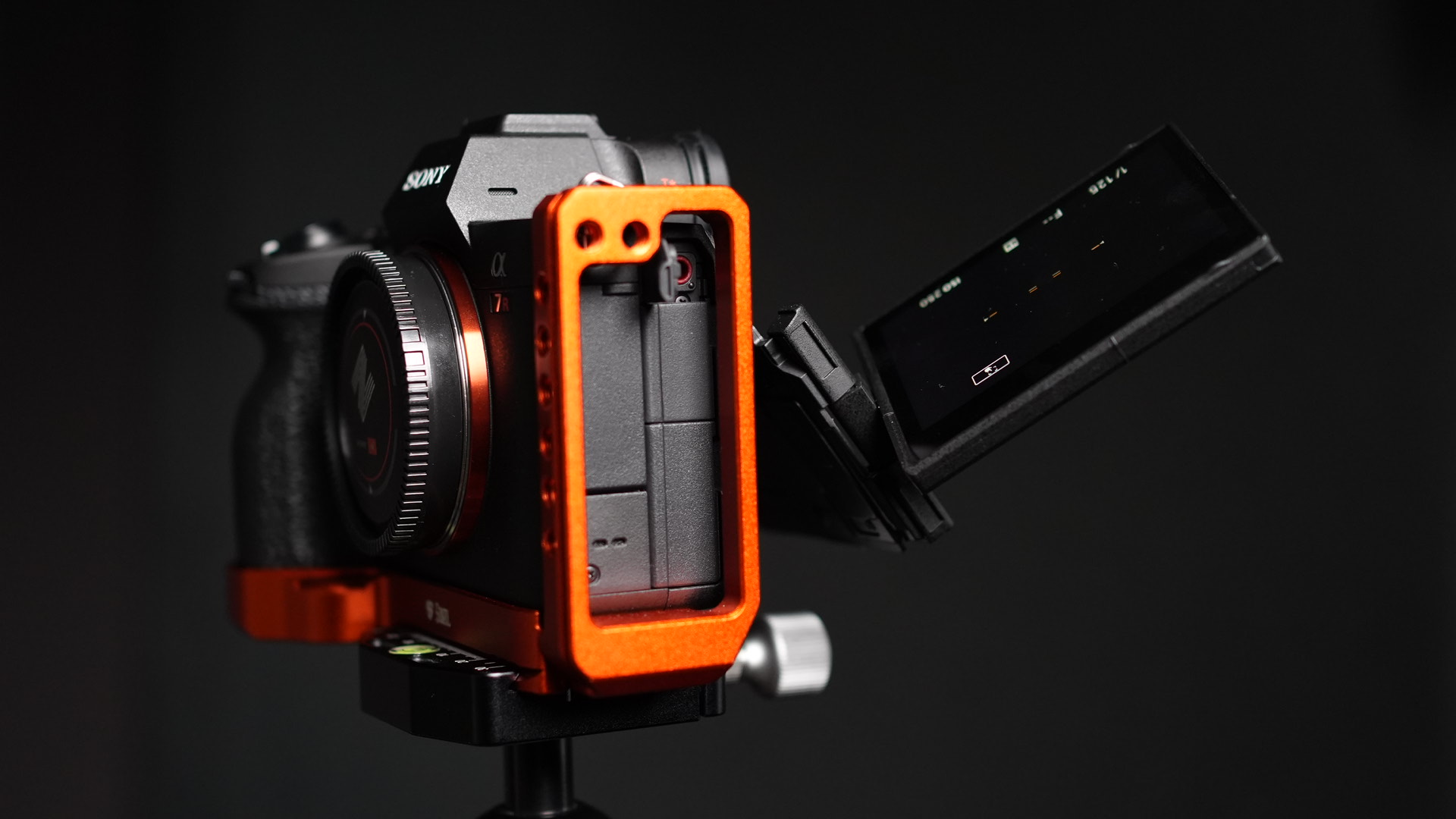 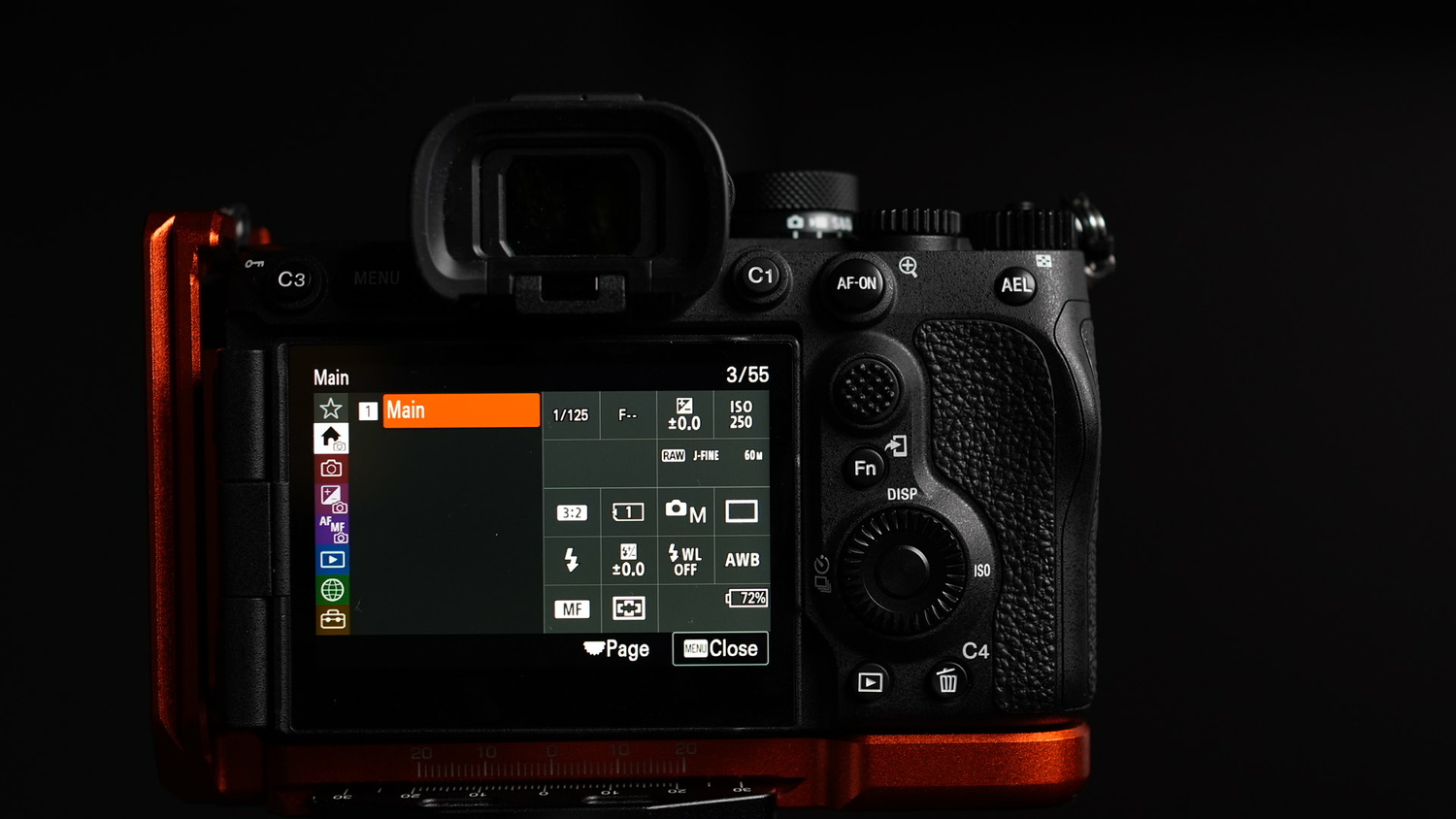 The Sony a7R V also features the new Sony menu system and user interface that first appeared on the a7S III and a7 IV that is not just easier to navigate but also comes with some added features for both general camera care and specific use-case functions. The a7R V comes with the anti-dust function that closes the shutter to protect from dust, a new bulb timer feature that allows for long exposures beyond 30 seconds without the need for a remote, an option to use smaller lossless raw images in small, medium, and large sizes for when you don’t intend to maximize the 61-megapixel capability, and eight stops of in-body image stabilization. 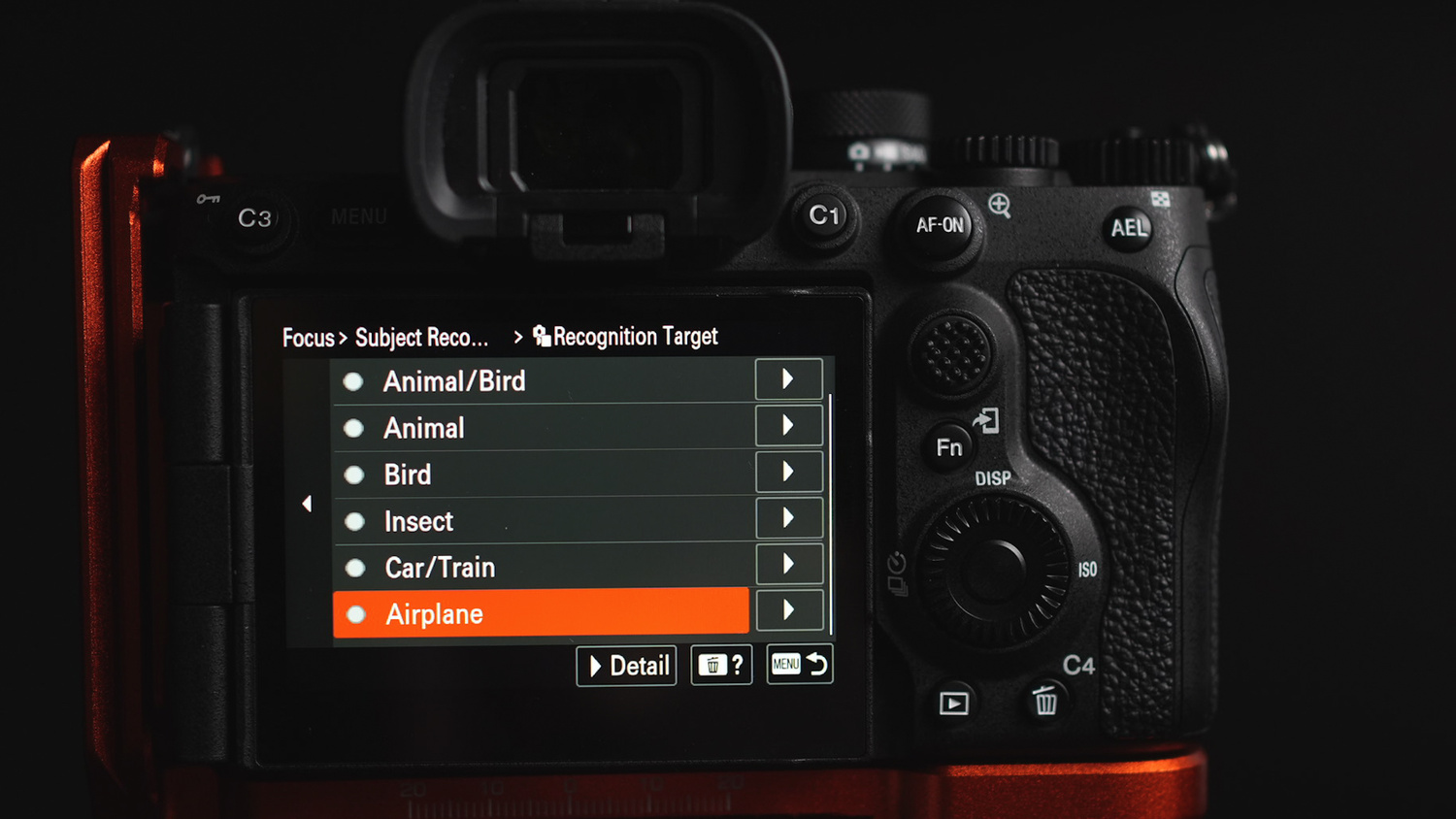 One of the most highlighted features of the Sony a7R V is the new enhanced artificial intelligence autofocus system. This comes in the form of significantly more responsive focus tracking that can be applied to a range of subjects. Subject recognition for faces and eyes of humans and birds have been a staple of focus tracking in recent years. However, this new AI autofocus system also offers options for recognition of insects (for macro photography), cars, and even planes. The subject recognition and tracking uses AI not just to identify subjects and focus on them but also to predict subjects in instances when they turn around or become momentarily covered and anticipate where they will pop up again in frame.

Obviously, the most attractive aspect of this camera (and also its predecessor) to landscape photographers would be the higher-resolution sensor and the 15+ stops of dynamic range that would be beneficial in dealing with tricky outdoor lighting situations. Coming from someone who has been using the a7R IV in the past year, my expectations regarding the image quality were that it would be similar between the two. However, upon the release of raw support for Adobe Lightroom and Photoshop and looking deep into the details of the images, I did notice even better image quality and sharpness. The raw files seem to be more flexible in color rendition as well, whether processing manually or applying color profiles. 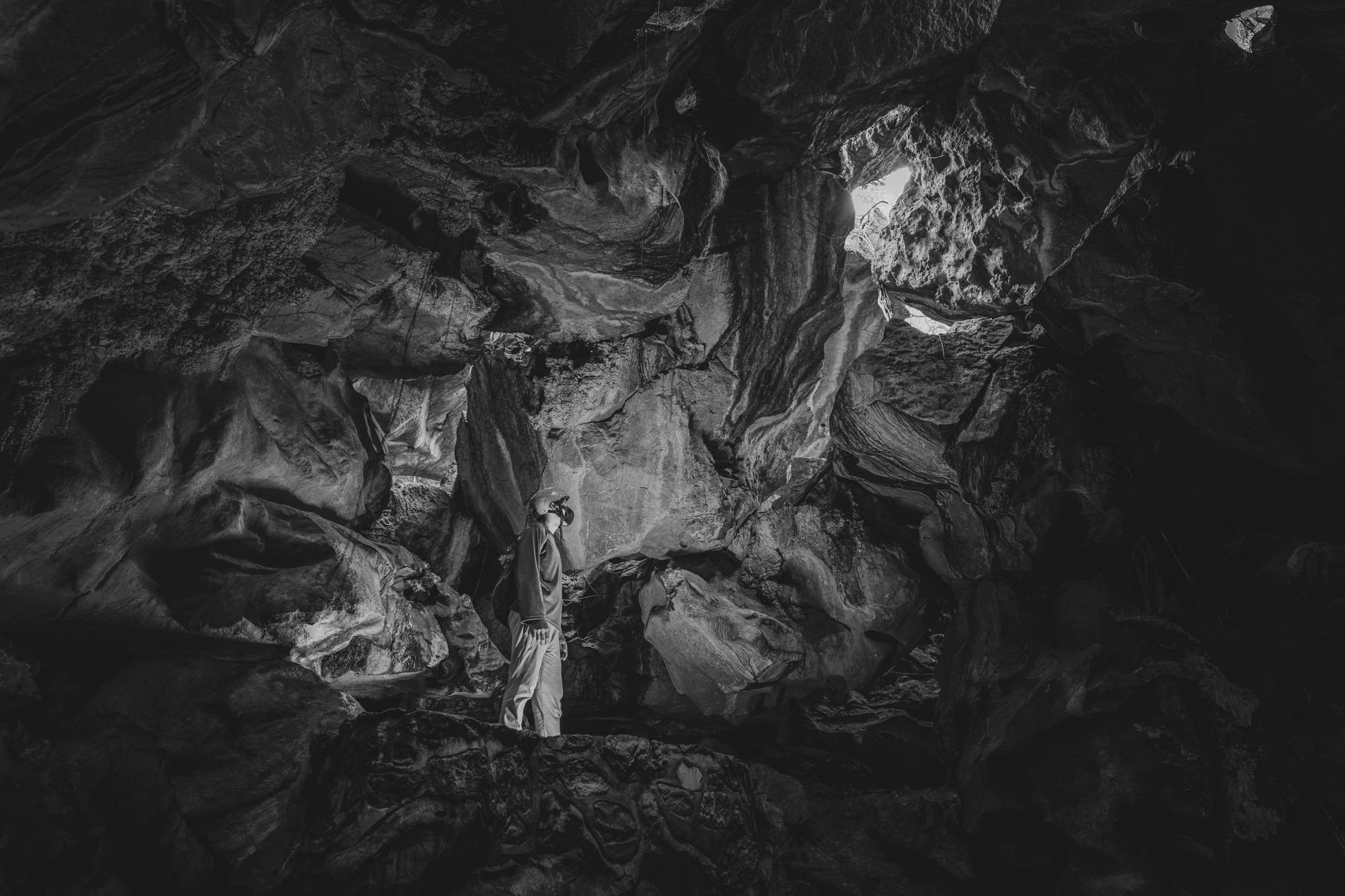 In terms of ergonomics, the screen can potentially make a huge difference in the shooting experience of the user. Previously, the Sony a7R IV screen could tilt up and down when shooting horizontally, but when shooting in vertical orientation, it could get physically challenging when shooting from angles much lower or higher than eye level. The screen of the a7 IV has more flexibility considering that it could flip outwards and rotate, which made it possible to see the screen better from lower angles when in vertical mode but had some physical challenges when using L-brackets. This new screen is literally the combination of the capabilities of both screens, which solves a lot of potential problems in the field and can definitely help the user pay better attention to framing without having to physically bend, sit, or kneel just to see the screen. 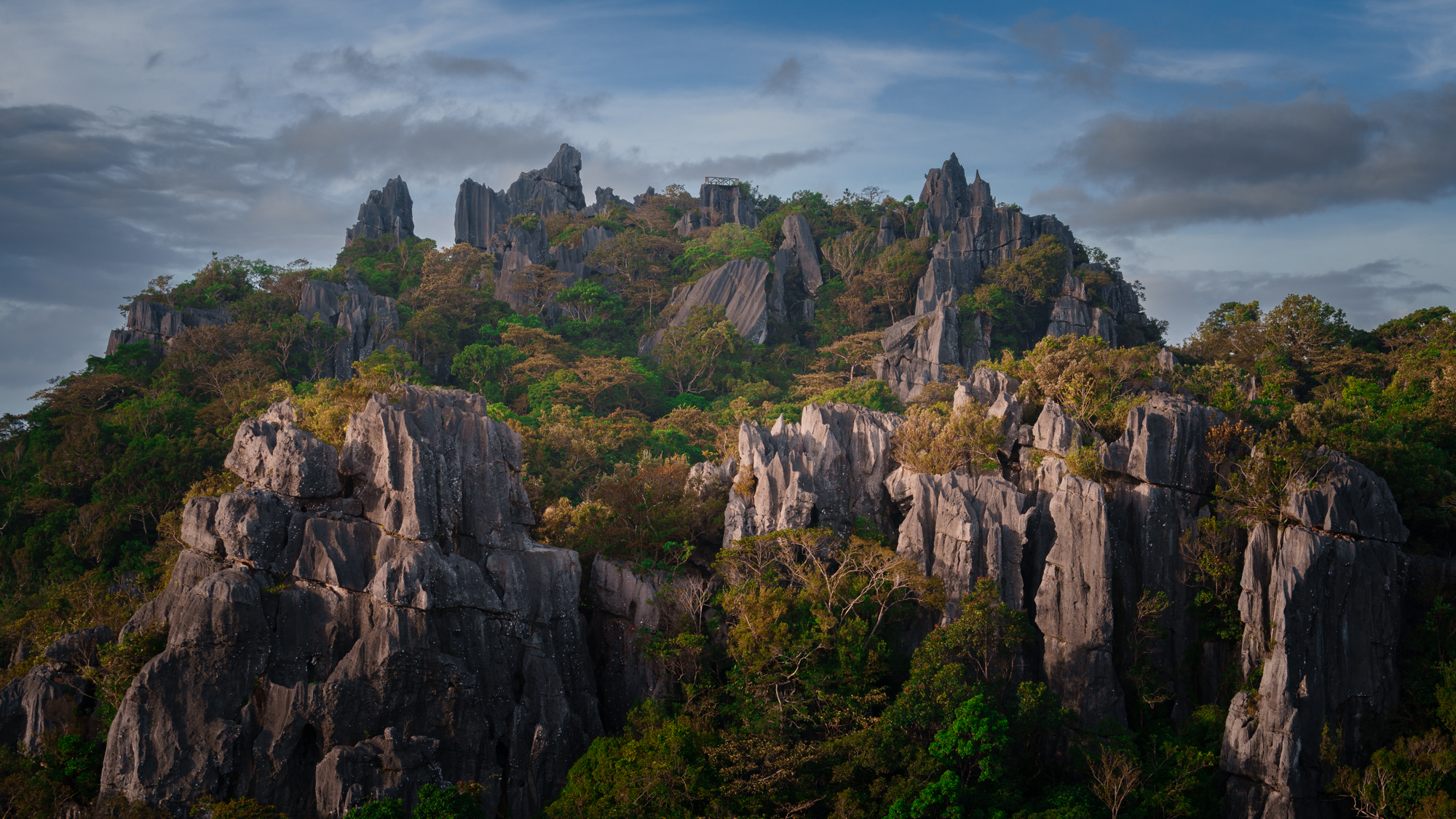 Much like all other Sony cameras, the menu system is something that has to be given a bit of time for customization. The a7R V offers a significant number of customizable buttons that can make the shooting process much more seamless if the button layout is carefully planned. The aspect that can have a much bigger impact for landscape photographers is the fact that this camera now has a bulb timer option, which many have been asking for in recent years. It is important to note that it can be improved by making the bulb timer access more straightforward, such as possibly extending the exposure time range natively on the dial by making it go beyond 30 seconds without having to go into the menu. Currently, the bulb timer page on the menu cannot be assigned to a custom button but can be included in the “my menu” pages that can be accessed through custom buttons. The bulb timer function is definitely a useful tool for landscape photographers, but the user interface surrounding it can definitely be improved. Touch shutter function is also available and provides a straightforward spot focusing and shooting process, however does not hold the exposure when on bulb. 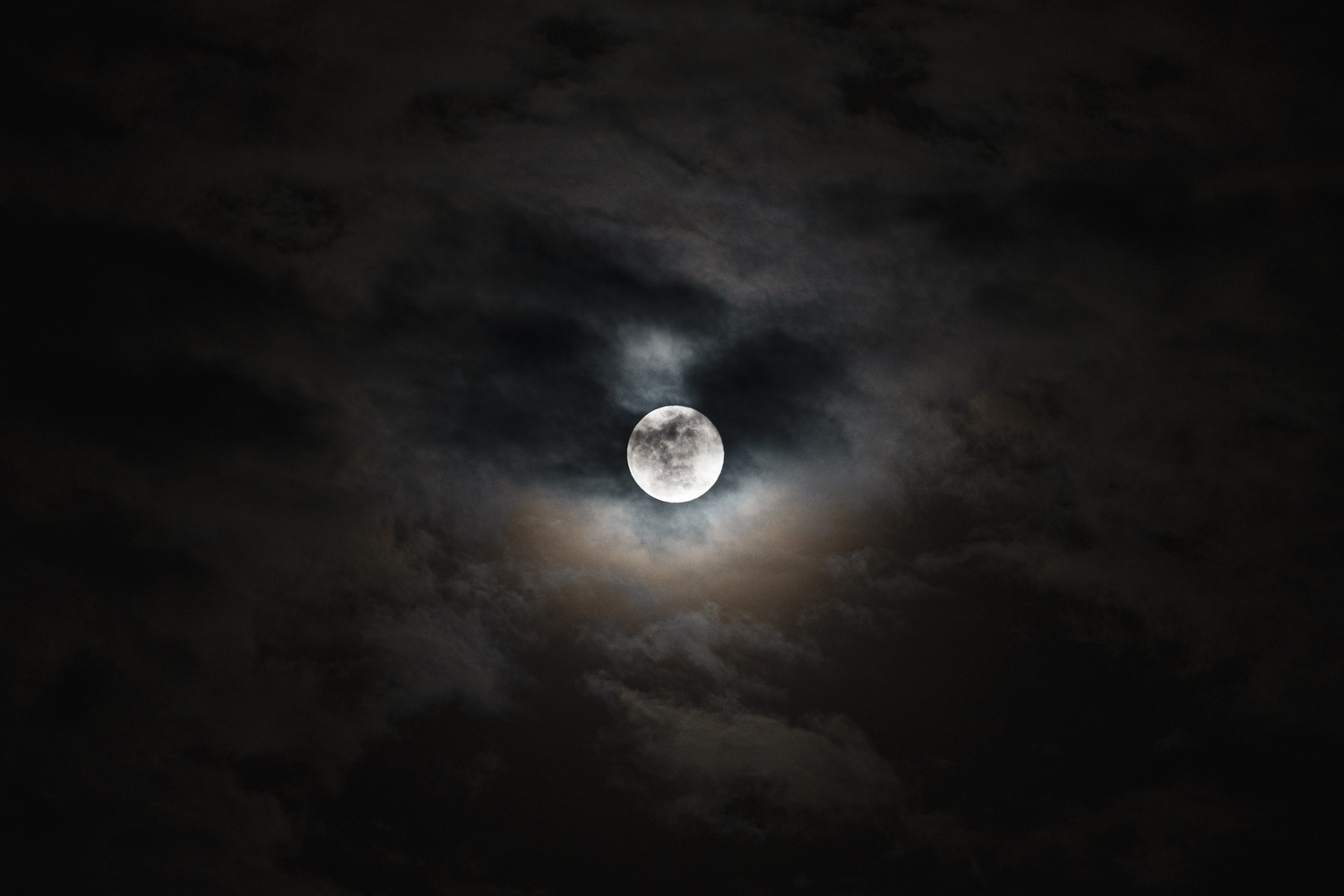 As far as the AI autofocus function goes, the enhanced focus accuracy is definitely something that can make shooting easier for landscape photographers. However, when it comes to subject recognition, it would be great to see some more subject options, which would be helpful for photographing landscapes and the night sky, such as enhanced autofocus for stars when shooting at night and perhaps even subject recognition of the moon. More than this, a useful feature that landscape photographers can take advantage of is the automated focus stacking feature, which can be found in the bracketing settings page. This feature allows you to take bracketed shots, which basically automates sweeping the focus through the layers of the frame. They can be combined to create a highly detailed image. 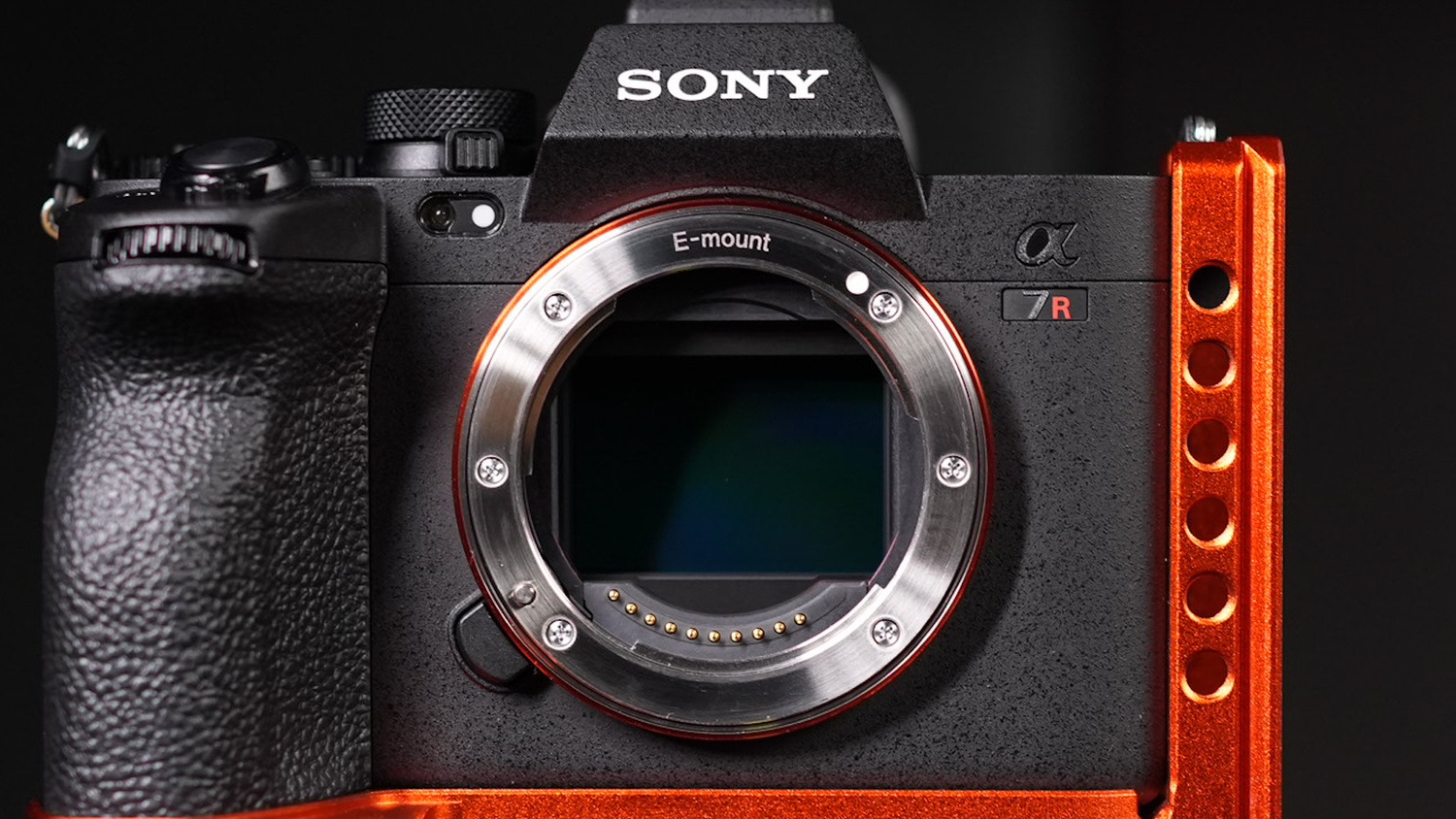 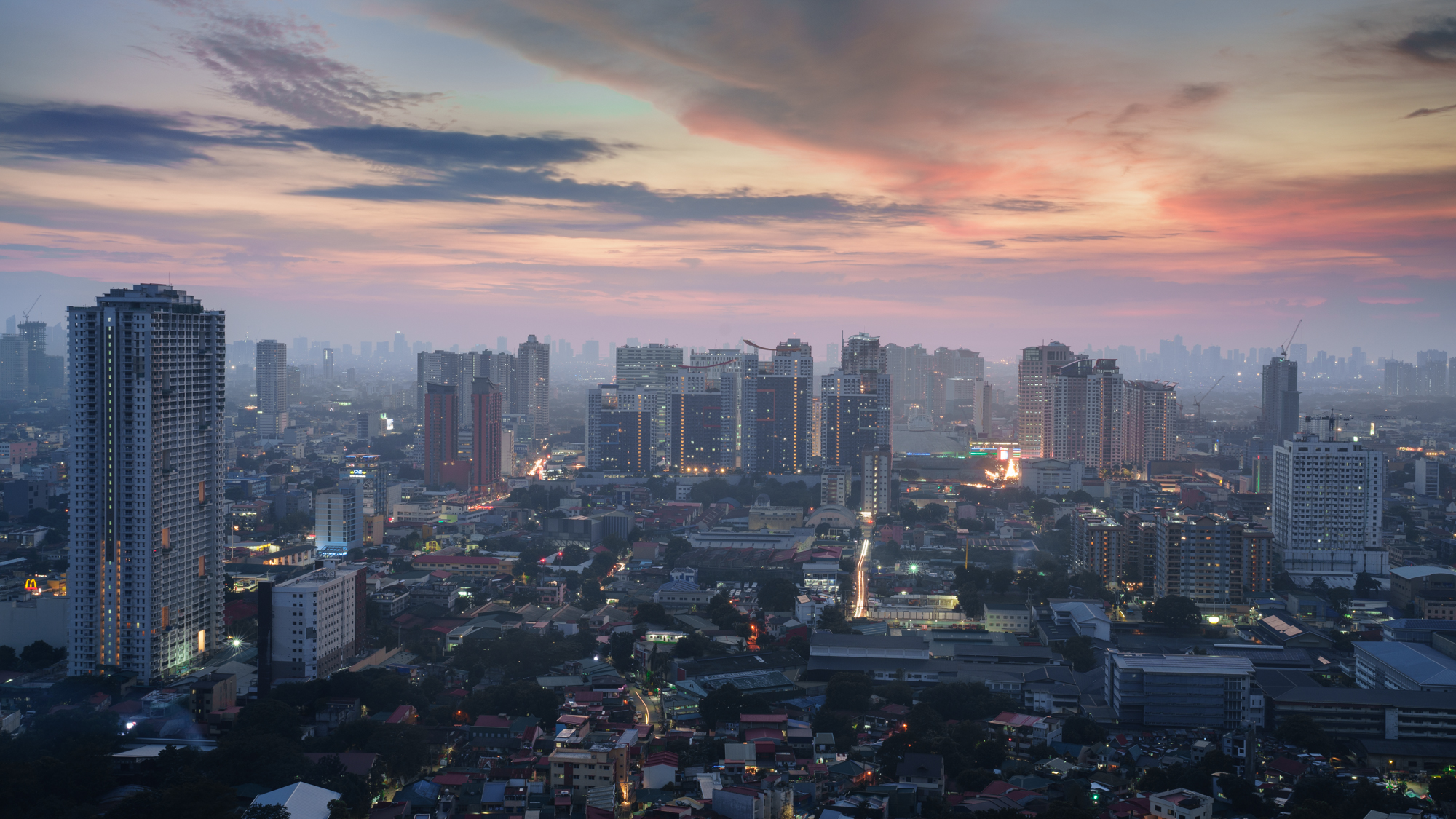 Beyond the high-resolution sensor, it seems that the greatest edge offered by the a7R V are the image output enhancements offered by the processor and the added functions for long exposure, focus stacking, and the customization options. Ergonomically, the screen has a lot of potential in improving the user experience, specifically when shooting from unusual angles. The autofocus capabilities promise better accuracy, but can definitely be more optimized for use in the landscape photography setting.

You can purchase the Sony a7R V here. 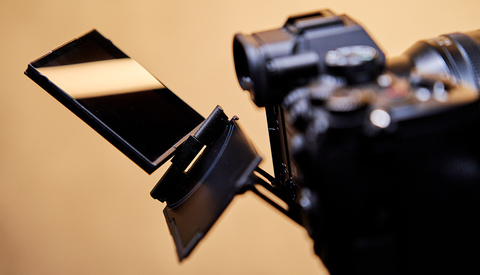 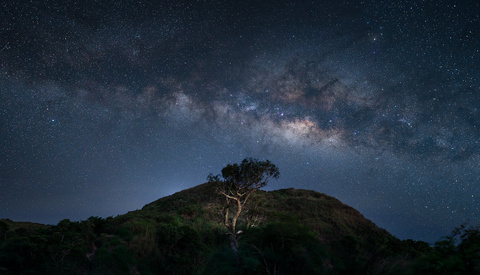 Gear / June 19, 2022
Three Months of Using the OM-1 Mirrorless Camera: Am I Still Impressed?
Log in or register to post comments
2 Comments

Anyone go from the riii to this and find shadow and highlights to be worse? Less recovery and weird results when trying. I’m honestly confused. More noise too which I know is expected with the higher mp, but I’m wondering if it’s possible I got a faulty sensor or if I’m not alone?

Yeah....whatever. I'll stick with my film and medium formats. If I want or must do any editing, I'll just scan and go for it. Not one thing wrong with that. For me, that's...for ME....this is what I enjoy and gives me best results. Maybe I'm being cynical, but the constant day-by-day push for the next best thing with more bells and whistles, which I don't need, is superfluous. But, I suppose these companies must stay in business.