I know that I've banged on about the importance of planning in order to get that extra special shot. However, I've often let over-preparation get in the way of creativity.

We've all been there. Sitting idling by the computer, waiting for Canon Rumors to release the next juicy bit of gossip about the next wave of mirrorless game-changers or passible disappointments, wondering when the stars will finally align (literally) so you can get that shot. The shot. Well, at least I've been there. But, for all the times that I've stared wistfully out the window and through the light drizzle, I could have been out honing my skills and possibly coming home with a couple of decent, intimate nature photographs.

In this video, ecologist and nature photographer Simon Booth details just how important it is to get out and shoot even if the conditions aren't very favorable. Indeed, practice does make perfect, and it also might produce some quality images along the way. Not least of all, Booth's wonderful image of the Horsetails at 11:34. One thing I really appreciate about his approach is his clear knowledge and respect for his subject matter and its environment. His slight discomfort at having to move a dead leaf out of one of his scenes is very telling. I'm sure there are purists who might gasp at such boldness, but at the end of the day, nothing was harmed and some art was made which might inspire others to follow in his footsteps.

It does bring up the broader question of how far one could or should go in order to get a shot. Is it OK to move branches out of the way, or is that altering the environment, therefore negating its pure nature? Does it matter since as a species we've changed the environment so much? Also, isn't our intellect and subsequent use of it to alter our environment to suit our lifestyles a product of nature? I think about these questions for a while but then I stop and ask myself, "That's all well and good, but will Canon's new full-frame mirrorless be able to shoot in 4K at 60 fps?"

Portraits / July 31, 2020
How to Overcome Your Anxiety With Taking Portraits

Shooting in conditions that aren't very favorable is the best advice. I just got back from a BWCA trip. "Boundary Waters Canoe Area" MN side. This photo was just on the back end of a storm and night fall. I could have just stayed in my tent but I waited for a break in the storm and I setup a quick shot. Minutes later it started raining again. It's redundant advice but getting out and shooting outside your comfort zone is a must. 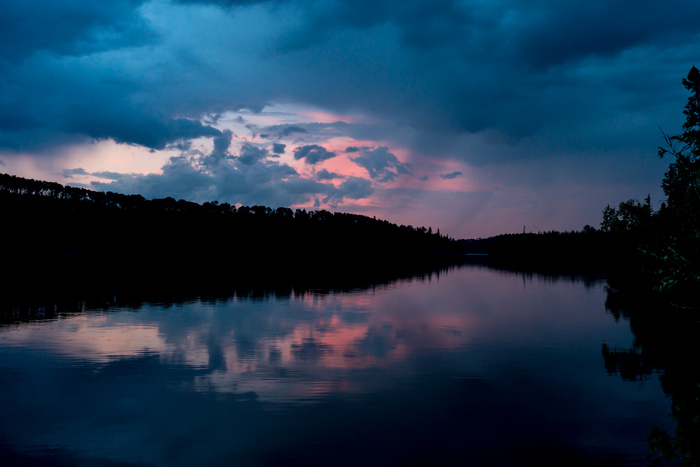