Reikan has released FoCal version 2.9 which brings many new improvements and an almost fully rewritten code to the autofocus microadjustment software.

One of the main drives for the major software rewrite was to become compliant with future macOS updates for Apple computers that will require all apps to use 64-bit architecture. Not all changes were under the hood, however, and FoCal has some UI improvements to show more information about the connected camera and even support for dark and light themes.

FoCal 2.9 is also bringing "faster, more reliable" communication for connected Canon cameras to Windows, something that Mac users received in a previous update. The calibration software is also speeding up their capture and analysis methods so that these tests will overlap. For a full list of all the changes in version 2.9, check out the news post on Reikan's website.

I first heard about FoCal about a year ago but put off buying it because of the price for the Pro version (which is needed if you have lenses over 400mm) and some of the reviews I read about the software being confusing or difficult to connect. Then earlier this year I saw someone mention it and was about to repeat some of the bad reviews I read before I caught myself and decided I needed to try it for myself before I bad mouth it without even knowing. I'm so glad I did, because none of the bad reviews I saw held up. It has a lot more features and tests beyond the basic autofocus microadjustments, sure, but it's not at all confusing. The software walks you through the entire process for autofocus calibration in baby steps if you want it to. I've used it with multiple cameras and many more lenses and I've never had issues. It beats the pants off of meticulously setting up and shooting those slope-style targets and then having to analyze the results yourself.

In all, over 40 Canon and Nikon cameras are supported in FoCal 2.9. Reikan FoCal Plus and FoCal Pro can be purchased through B&H Photo which comes with a standard hard target. Current owners who bought FoCal after October 1, 2017 can update for free by logging into their Reikan account and downloading the new release. 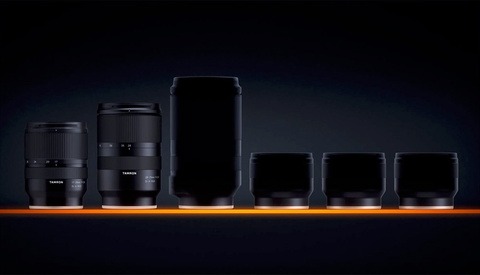 Gear / June 17, 2020
Canon and Nikon Mirrorless Fans Should Be Excited: Tamron Lenses Are on the Way

Ryan I am glad you took the course you did.

I am glad for two reasons.

As a serious amateur, I have to rely heavily on sensible review from sensible pros. I couldn't possibly buy & pay for, or download and try,. everything that's available on the 'net, if I was left floundering on my own, doing all the hard yards by myself.

And as a person with some moral standards, I am all too often finding myself appalled by the behaviour of some people, who take another person or firm's product and amuse themselves by making negative or destructive comments about it. Those other people or firms depend for their income and their future on being able to sell and promote their products in a market which is dominated these days by the internet. And harmful comment can shut them down. So as far as I'm concerned, anyone reviewing or commenting on someone else's product should do it with a certain standard of decency.

You haven't - but you mention others that did. I think they should be ashamed of themselves. There is no call for anyone to "bad mouth" other people on the internet. Or, indeed, anywhere else. It is quite sufficient to describe what the product can do - and how it works, or how you operate it. "Bad mouthing" really only amounts to spewing personal opinions of "likes" or - more particularly - "dislikes" all over the place, and that is generally done with no factual basis - just personal opinions.

In the meantime, I would like to thank you for your review. Most of my lenses are manual focus, but some are not - and I did drop over $500 on an AF lens that had severe - REALLY severe! - back focus problems a while back. Perhaps in that case too bad to fix with this software - but the software would have enabled me to go back to the store and demand that the lens be replaced, so either way this software would have saved me a serious amount of money.

Heartiest congratulations to Tim Tai on this one of the biggest achievements. She worked hard in this field and finally succeeded in achieving the goals and they can visit at https://www.bestdissertation.com/literature_review_writing.html site to complete the taks. Glad to know that her hard work paid off for her. Best of luck to her for the future and other competitions that are going to hold.