Getty Images is coming under fire on social media after having published a gallery of the World Cup's "sexiest fans." The gallery has since been deleted.

The gallery was originally published by Getty Images with the strap line "Talk about a knock-out round," and is said to have been publicized with a now-deleted Tweet that read "The hottest fans at the #WorldCup." Some would argue that Getty is simply meeting the demands of those buying the images, but others on social media have complained that it reinforces stereotypical notions of female soccer supporters and perpetuates the idea that women's most valuable contribution to sport generally is to look pretty. This undermines the idea that they are able to offer valid contributions, not just as fans, but also as players, commentators, and pundits.

In response to the criticism, Getty Images removed the gallery and issued a statement:

Earlier, we published a piece, "World Cup 2018: The Sexiest Fans," on our consumer-facing site Foto that did not meet the site’s editorial standards or was in any way consistent with our company values or beliefs. We apologise for what was a regrettable error in judgement. The story has been removed from Foto and there will be an internal investigation.

Getty Images holds a deep belief in the power of visuals to incite change and shift attitudes and we have done, and will continue to do, much work to promote and create a more evolved and positive depiction of women.

Speaking to Channel 4 News, Getty's chief executive, Dawn Airey, said that the gallery was “not appropriate or in any way consistent with our company values or beliefs.”

Soccer has long been associated with toxic and hyper masculinity, connected to a culture that encourages excessive alcohol consumption and tribalism. For example, Project Pathway, a charity based in the UK, has pointed out that rates of domestic abuse against women increase by 38% immediately after England lose a match.

Other campaigners have worked hard to try and improve soccer's image and make the sport more inclusive, citing the growing popularity of women's leagues and their audiences as signs that soccer's culture is evolving.

This article was updated in order to cite accurately the official statement put out by Getty Images.

Posted In:
News
Stock
via:
The Guardian
44 Comments

I'm offended by the outrage... now what?

I for one am deeply offended at your outrage to their outrage. This is outrageous.

Being a man in 2018 is really losing it's appeal. Maybe it's time I become something else.

You can be what ever you want to be as long as you live in america. If you identify as a totem pole that is acceptable here. If some one doesn't like it just shout words like "RACISM" or "SEXIST". You can even come up with your own. Just add "ist" or "ism" to your favorite words and you're off to a good start. The world of social justice is at your fingertips all you have to do is grab it with your keyboard. Also don't forget to remind people that not using their proper pronouns is a form of assault. Yes they really do believe that.

woah. chill out, snowflake. i thought girls like you just want to have fun?

Calling me a snow flake and a girl. How original. Those are high school insults. Graduate (hopefully) and try harder. Also don't use girls as an insult. That's not cool man.

Give me a break. Are people seeking out reasons to get offended now?

unquestionably so. everyone's offended by something. and when a crybaby is offended, everyone else is expected to bend around them.

When is this going to end?

The President of the United States, arguably the most powerful person in the world, constantly cries about being treated unfairly. Does that answer your question?

I did not see it but was it only women? Other than the "woman" in the lead photo looks to be a about 14, I could see an issue with that. But including both good looking men and women could get them off the #metoo hook. It could still be 90f:10m to attract the clicks.

Wasn't there a similar study about domestic abuse around the Super bowl? Was it determined to be true or made statistics?

Lead image isn't even a soccer shot, its a Texas longhorns fan (OK, they probably have a soccer team, but chances are about 1 in a million that she is a soccer fan in that situation). Seems like an odd choice for a lead photo?

Typical ...let's illustrate an article about soccer photos by using a stock shot from college football.

I'm offended that Mc Donald's changed their burger formula. It is way worse. They made a "meh" burger into an "oh god, oh god why?" burger. Wendy's has it down! C'mon McDeeze! Up yo game!

Getty is not equal to Sport Illustrated. It's like the difference between a museum and a bar.

When one needs to license a photograph of a hot soccer fan, which establishment should one visit?

Stop being so dramatic. People didn't object to photography of the public, they objected to the way Getty chose to present this particular series. Private citizens lobbying a private organization using nothing more than free speech.

It was more "OK" before #metoo and Harvey Weinstein...Funny that the "swimsuit edition' sometimes doesn't even have swim suits.

Sanctimonious busy bodies with too much time on their hands.

Snowflakes on both sides of the issue.

I'm loving the ironic outrage of people who feel political correctness is oppressing them. Getty held themselves to a standard. No one forced them to remove the content. You could go out right now and make a "sexiest" fan gallery. You are not entitled to other people's approval.

I haven't read any comments about being oppressed. They're more like "SMH" comments. Maybe, having seen so many, you don't notice them anymore!?

No we aren't saying political correctness is oppressing us. We are saying it complete stupidity. There's a point when PC goes too far and we have long passed that point. It is now at a place where it is negatively affecting society as a whole. No one wants to take responsibility for them selves anymore. They just want to blame other people.

Maybe you could start helping the world not be so sensitive by not being so sensitive Chris. It's not affecting society. It's affecting your delicate sensibilities. Society will go on.

You are the one getting bent out of shape running through peoples comments attacking them. If any one is sensitive it's you. I'm just responding to your butt hurt comments man. 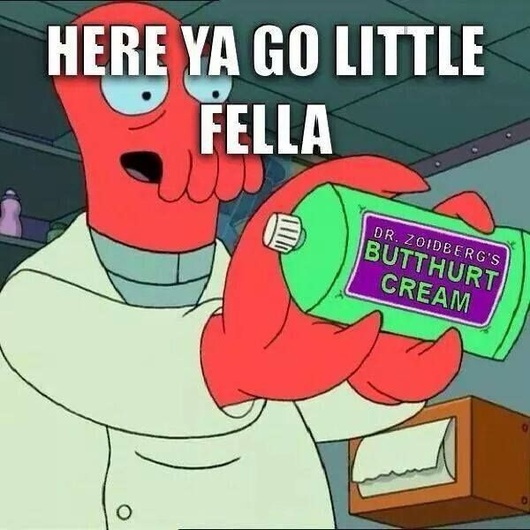 You obviously, and wrongfully so, believe Getty did this on their own, without any outside influence or an employee who got offended. Here's the problem, used to be, and the way I've raised my kids, is to ignore what other people do and say unless it directly affects them. Words have no meaning, an image with a caption has no meaning and does not directly affect anyone. Today we live in a world where people are offended by anything they don't agree with, by words that they don't like or a belief they don't share. All under the guise of equality and fairness. How sad for these narrow minded people who run around looking for something that offends them and how they expect everyone else to be mindful of their pathetic emotions. They're sure to live miserable life. Bring back "sticks and stones may break my bones..." we're raising overly sensitive whiners. This kind of behavior is a direct attack on the first amendment. Unless, of course, you are offended by the first amendment.

Getty's 1st amendment rights were "attacked" when Getty took down the gallery as a business decision?