As a designer I've always been fascinated with branding and the history of logo marks across many top-tier brands. From Apple to Adidas, every brand has its story, and some of which are disputed. That includes Nike and their iconic Michael Jordan "Jumpman" logo mark used on the wildly famous Air Jordan shoe line. Photographer Jacobus Rentmeester is now suing Nike in Oregon Federal Court for copyright infringement on the photo he shot in 1985 of the famed basketball star in which he says the logo was based.

Leading up to the 1984 Olympic Games, just months before Jordan signed a 2.5 million dollar deal with Nike, the photo was staged against the Chicago skyline during a photo shoot for LIFE Magazine. The jump in question was simply Jordan jumping in a ballet technique called jeté over and over to get a clean action shot as seen below. The jump Jordan replicated was not even close or consistent to his shooting/dunking which, for me, clouds the legitimacy of the story and the representation of the brand overall. These little tidbits are what make or break a logo and its history. All branding at its core should represent the company, or in this case, Michael Jordan and his style and legacy as a star.

Mr. Rentmeester created the pose, inspired by a ballet technique known as a 'grand jete,' a long horizontal jump during which a dancer performs splits in mid-air ... The pose, while conceived to make it appear that Mr. Jordan was in the process of a dunk, was not reflective of Mr. Jordan's natural jump or dunking style.

Rentmeester says in March 1985 he did grant Nike use of the Jordan logo for two years on billboards and posts in North America, which he was paid $15,000 for. The "Jumpman" logo was then featured as a tag on the Air Jordan I shoes later that year. Then in 1987 it was featured front and center as the main brand mark for the shoe, and ever since the logo has seen various trademarked versions in 1989, 1992, and 1998.

The complexity of this lawsuit is much more complicated than you may think. How can you determine what is stolen and what isn't? The situation is very particular because when working with logo design it can be covered by copyright, trademark, or dilution law; Each with their own standard for determining infringement. I have researched these laws over the years, and even more in recent months after creating and looking to copyright the logo seen below, obviously playing off the incredibly popular Instagram logo.

How do you determine what is legally the same or similar? The myth for most designers is the 25 percent rule. As long as the mark or branding is 25 percent different than a related or similar mark, you should be good, right? Not so much. That is a flickering myth between many designers, but still used to this day as the rule of thumb. The only way to be sure is to go through the right channels and be sure your mark is covered under the above stated forms such as copyright or trademark.

What do you think? Does Rentmeester have the case won clean since it's obvious in some of the comparison shots where the logo mark came from, though not exactly copied? Let us know in the comments what you think and how you see this affecting photographers and their images for which logos might be created from.

Posted In:
News
Opinion
Other
9 Comments

Jordan's natural jump or dunking style is moot. Nothing was preventing him from jumping jete style more than once. Rentmeester has no claim on that jump style. In addition, the silhouettes are very clearly different.

Wait, why did it take him almost 30 years to sue?

I think the longer he waits, the more he stands to gain if he won in court?

No way, this is such a stretch. Here's an article that shows the photograph the logo was based off of.
http://www.nicekicks.com/2014/10/01/history-behind-jordan-jumpman-logo/

So unless this photographer copyrighted the way MJ jumped some how, he has no case.
I just don't see how it would hold up in court being obviously based on another photo. "Your honor, I taught him that jump, and deserve royalties if it is ever used again."

As far as I'm concerned, that's pretty much the end of it right there.

This really makes all professional photographers look bad. Rentmeester cannot show he was the first or only to photograph Jordan or hundreds of other basketball players in this same move. Unfortunately, if Nike had not licensed Rentmeester's other image years ago, no sane lawyer would have taken the case.

I believe this jumpman predates Jordan: 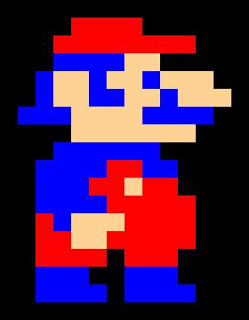