Photographer Receives a $345,000 Lawsuit Settlement After Being Arrested for Taking Photos of an Incident

Recently we wrote about photojournalist Avi Adelman who was arrested by DART (Dallas Area Rapid Transit) officer for taking photos of an incident. Today we can report that DART have voted to finalize the case this with a $345,000 settlement, after Adelman had filed a lawsuit following his arrest.

Adelman, a professional photojournalist, had been taking photos of an incident where Dallas Fire/Rescue paramedics were treating a K2 overdose victim at the Rose Parks Plaza in the West End Transit Center, when he was confronted by DART Officer Stephanie Branch who requested Adelman to stop. The photographer explained that so as long as he doesn't hinder the work of emergency responders, he is free to photograph this public event. When Adelman refused to leave the area, Branch handcuffed him and Adelman was forced to spend 24 hours in jail until he was released on bail.

DART Chief of Police James Spiller determined that this arrest did not meet DART's standards, and ordered an internal affairs investigation. Six months on, they concluded that Adelman had indeed not broken any laws and Officer Branch's actions were not in line with the agency's policies. The investigation revealed that Branch had misapplied HIPPA (Health Insurance Portability and Accountability) to prevent Adelman from taking photos of the treatment taking place that night; it also determined that Officer Branch had no probable cause to arrest the photographer for criminal trespass and she falsely claimed the paramedics had ordered her to remove Adelman from the scene. Furthermore, Officer Branch had also presented 22 additional false or misleading statements to investigators; she was suspended for three days.

Adelam filed a federal civil rights action against DART as an agency and Branch as an individual for violating his First Amendment (photography in public), Fourth, and Fourteenth Amendment (unreasonable search and seizure without probable cause, and illegal arrest and detention). The First Amendment claim was dismissed as the public "right to record and photograph law enforcement" was not settled law in the US Firth Circuit until one year after Adelman's arrest. The judge denied summary judgment on the remaining claims and set an October 2018 trial date.

Officer Branch responded by filing an appeal to the Fifth Circuit Court of Appeals before the trial was held. She claimed that she was not aware of DART issuing a policy to allow photography in public areas because she was on medical leave when this policy was issued and claimed she was entitled to Qualified Immunity from any legal action; this was later rejected on the basis that Branch didn't misinterpret an unclear policy or law, instead she failed to learn the updated policy.

DART Board of Directors have voted and approved to pay Adelman a $345,000 settlement in return for dismissing the lawsuit and any further claims against DART or Officer Branch, which Adelman signed on November 5th, 2019. Anyone wishing to see the final settlement agreement document must file an Open Records Request with DART.

Adelman is a member of the National Press Photographers Association (NPPA) and the Society of Professional Journalists. In the spirit of sharing knowledge about issues surrounding freedom of press, Adelman has been presenting an informal program based on The International Association of Chiefs of Police Public Recording of Police program to Dallas-area law enforcement officers. He's also expressed his interest to continue working with and supporting First Amendment advocacy groups to ensure situations like these don't arise again, and urges photojournalists to join the NPPA:

Photographers of all levels – from iPhone amateurs to geared-out photojournalists – should understand their rights when it comes to photographing police and fire personnel performing their jobs in public. But the burden should be on law enforcement agencies to train their officers on our right to photograph and record their activities in a public area. Ninety percent of the officers I encounter at police scenes just ignore the camera or cellphones. Five percent are asking, "Can you Photoshop my gut to a better size?" The last five percent are just pure -------, and sadly, I keep running into those guys.

You can read more information surrounding this issue on The Right to Photograph & Record in Public. 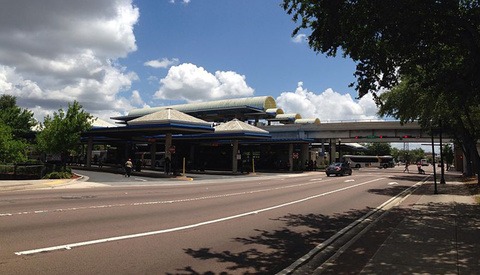 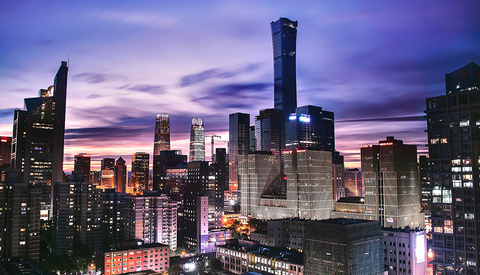 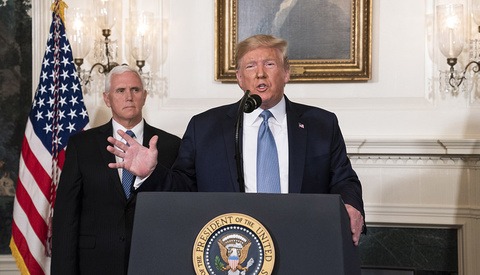 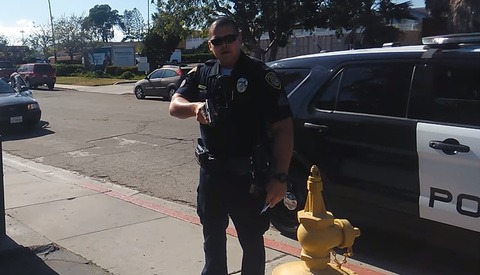 Opinion / May 20, 2018
Police Officer on Leave After Pointing Gun at Videographer: Two Sides of the Story 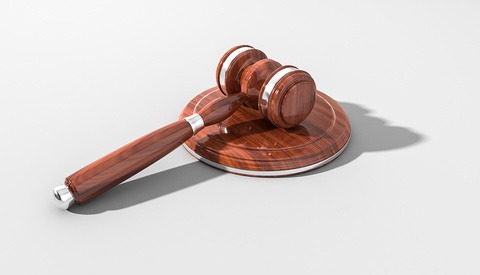 Which goes to show you, if you claim not know the law you are still liable. It is her job to stay up to date on the subject.

This is twisted. Large cash payments are not justice. Police violating photographer's rights is the issue and the remediation should be appropriate to the event. A wad of cash does not fix/cure/make whole the photographer. Anyone saying "but it'll sure make me feel good" is totally missing the point.

The link at the bottom is the defendant offering a symposium in Dallas. A more neutral source about HIPAA and how it doesn't (or does) apply in this situation would be more appropriate. To be fair, I searched for a better link and the majority of results were this story. It is responsability of the first responders to protect the patient identity though this does not mean they can restrict, detain, or arrest public photographers. This is the real issue and it gets an unclarified quote from the Police Chief.

Also, I doubt the Dallas PD paid in £.

Bad sign for America that Dallas has switched over to the British Pound.

It sneaked in there ;)

No panic please, I was travelling and flying and couldn't do it. You'll be pleased to know it's sorted :)

The one Pound coins are cool.

Good work if you can get it!

Speaking from the other side of this tale please remember you have a zoom feature. These under the influence individuals can go zero to unfathomably out of control in seconds (remember Peter in Family guy pulling his eyeball out while on PCP? Yeah think that level of unpredictable) and having someone breathing down my neck isn’t the most fun when I’m trying to sort out the best way to keep everyone safe. I guarantee you being a few extra feet away will not change any sound quality in your recording. I’m sorry that this had to happen to this individual.