Photographers Suspected of Stealing from Fellow Shooters at Pan Am Games

You just can't be too careful these days, even if you're a professional photojournalist covering a major international sporting event. Multiple photographers shooting the 2015 Pan Am Games in Toronto are learning this the hard way as thieves seem to be targeting professionals and their gear. Plot twist: it is appears to be their fellow photographers carrying out the thefts.

In a week that has already seen one high profile story of a photographer caught stealing gear from another shooter, details are beginning to come out of numerous thefts at one of the largest multi-sport competitions in the world. Freelance photographer Gary Hershorn was packing up some of his gear during the opening ceremony for the Games, he turned to put something in one of his bags and when he turned back, his camera and the 400mm telephoto lens attached to it were gone.

My camera and lens were sitting right next to me, half under my seat, and when I came back up, my camera was gone.

Hershorn believes that someone walking up the steps next to his position was able to grab the gear when his back was turned.

All they would have had to do is reach out with their left hand to grab the monopod and keep walking. They wouldn’t even have had to break stride, it was that simple to take.

Hershorn informed security about the theft, but unfortunately they said that it was too dark in the building for the security cameras to see anything. He suspects that it was another credentialed photographer who stole his gear.

Several other photographers have already reported stolen gear at the Pan Am Games, and a memo was sent out to media outlets on Monday warning them to take extra precautions.

Not an Uncommon Issue

Photographers stealing from other photographers at sporting events is unfortunately more common than you might expect. I spent several years covering professional and collegiate sports in Houston and heard stories of more than one piece of gear "walking away", everything from a roll of gaff tape to laptops to bodies and lenses worth thousands of dollars. Since photographers are usually all housed in large, busy, communal photo rooms, trying to keep track of your gear in the middle of shooting an assignment can be quite a challenge. While it would be nice to be able to trust your fellow shooters and not have to worry about protecting your equipment, it's not a risk I suggest taking. Make sure you have a good insurance policy that covers you in case of theft, and do your best to keep your gear on or around your person as much as possible. As cliché as it might sound, it is ALWAYS better to be safe than sorry. 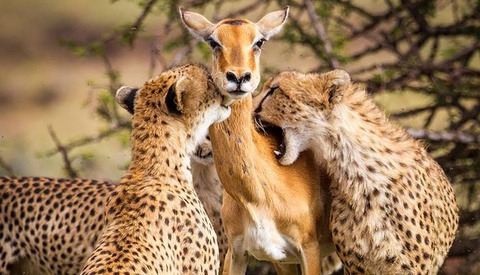 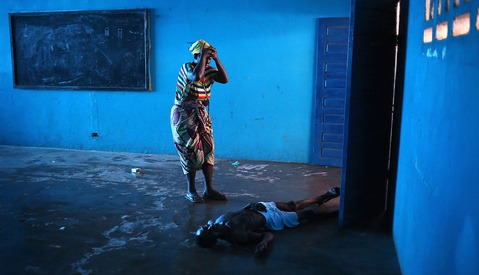 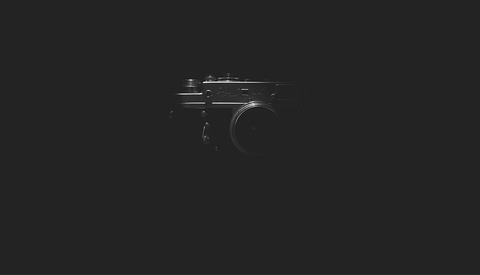 Gear / February 24, 2020
Sony Announces the Xperia 1 Mark II: A Powerful Smartphone With Technology Taken From Its Best Cameras
Log in or register to post comments
15 Comments

How some people don't have a conscience, I'll never quite understand.

Surely there must be a wireless tether on the market by now. Wouldn't it be pretty easy to attach two small devices that make an ear piercing sound when they get more than 5 feet apart? Keep one on you and another on your camera strap. Kickstarter anyone?

I have heard of one, not that one above, but similar to a sticker or something round you put onto the gear but its range is very limited and I think its more meant for logistics of what is your bag before opening it to save you time from checking every bag while you're traveling with tons of gear.

always ALWAYS lock your gear. but a tip if you dont have anywhere to lock it. bright neon gaffers tape on the lens and lens hood. that way if someone tries sleight of hand, you really cant miss neon green 400mm

Its not a photographer that is doing this, its a criminal who takes photos. A real photographer would not steal the tools of someone else used to make money to feed their family or put a roof over their heads.

Your headline sounds like a statement of fact, but you provide zero evidence that photographers have stolen gear from fellow photographers at the Pan Am games or any other sporting event. All I read in this article were assumptions, allegations, and rumours.

Fair point. Title updated. Though not at the Pan Am games, I do have first hand experience of photographers stealing from each other at both NFL and NCAA games, situations where the thief was caught or where gear went missing from areas only photographers had access to. It does happen a fairly shocking amount.

I don't shoot sports, but I agree have insurance ready as well if possible have an assistant if budget allows depending if you're shooting for a publication hopefully they can cover it or send someone with you.

Another sensational headline not backed by facts or basic reporting. Theft of integrity and standards diminishes FStoppers credibility.

Thanks, Andrew.
Accurate and well written headlines will attract readers.

This is NOT limited by any means to a set of PanAm games or alike.

Media rooms at NHL, NFL, NCAA, and NBA games have been notorious for gear growing legs. Make no mistake about it.

Pan American Games are among the biggest multi-sport events in the world. Here is everything you need to know about it. Click here for more details ; https://goo.gl/T1q4DU