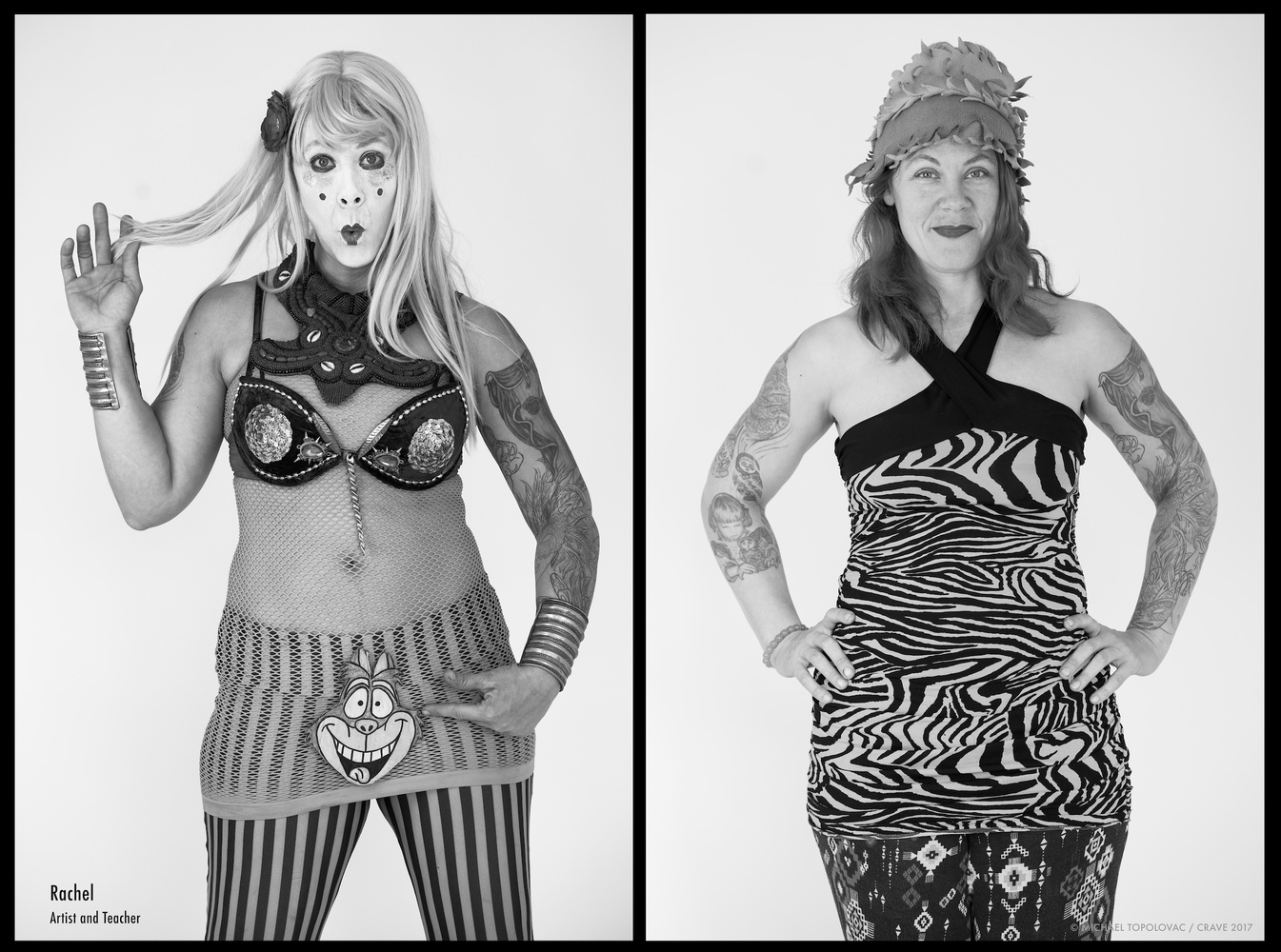 The idea is simple: Two black and white photographs, side by side. One of a person or couple as they presented themselves at the Folsom Street Fair, San Francisco’s legendary celebration of sexual pleasure, and one as they present themselves in their daily lives. Our factory sits on Folsom Street, so we are perfectly situated to document our neighbours in both moments. 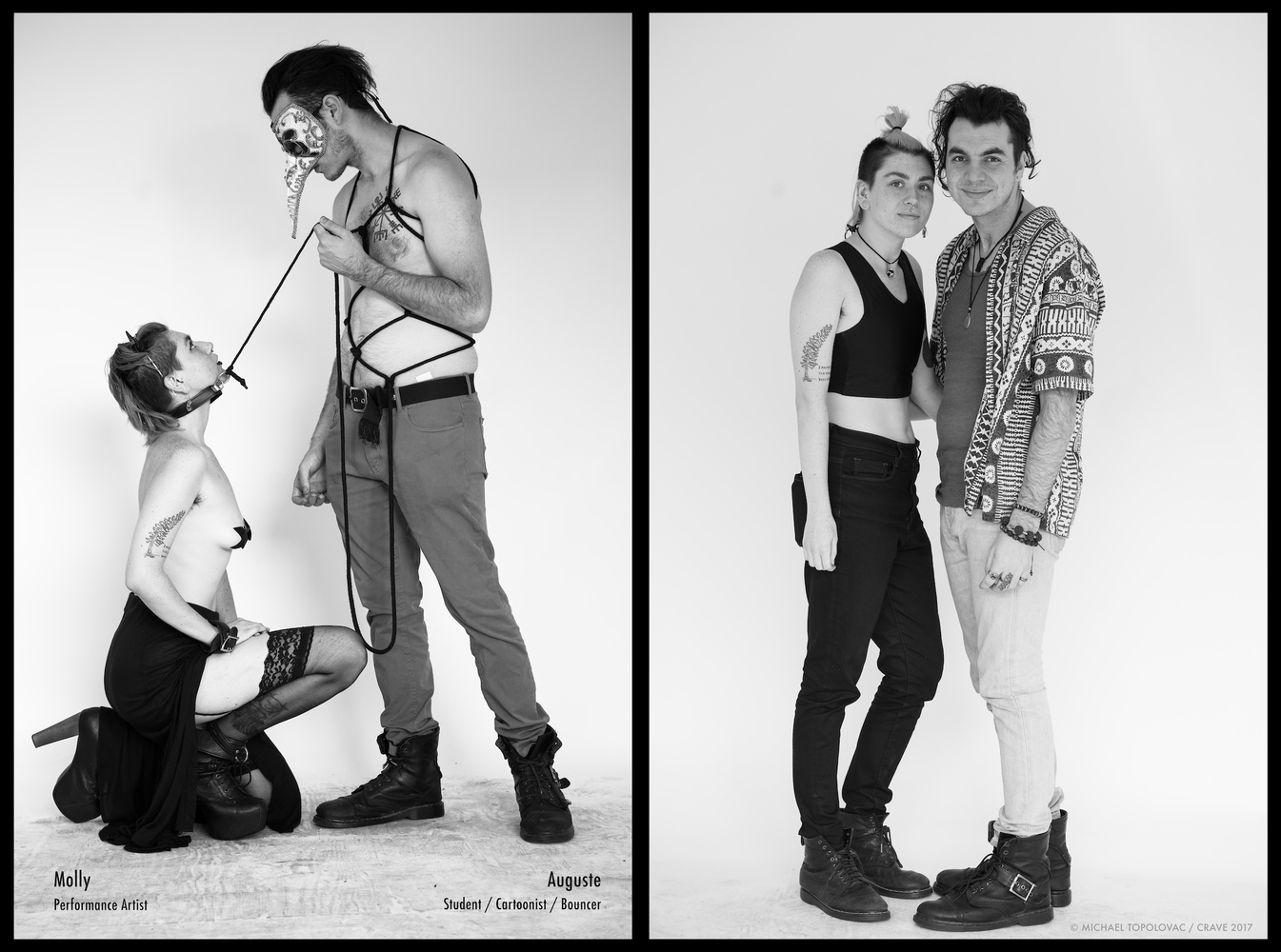 The series is credited with helping to provide people with a platform for self-expression, while bringing a sub-culture that is normally avoided in conversation, to the masses. Popular culture – most notably, the Fifty Shades franchise – has been helping to bring bondage fetishes to the forefront of the public eye in recent years.

One participant, named as Kamila, said she hoped that by taking part, she could help “destigmatizing things.”

View more on the project at Crave’s official website for the project. 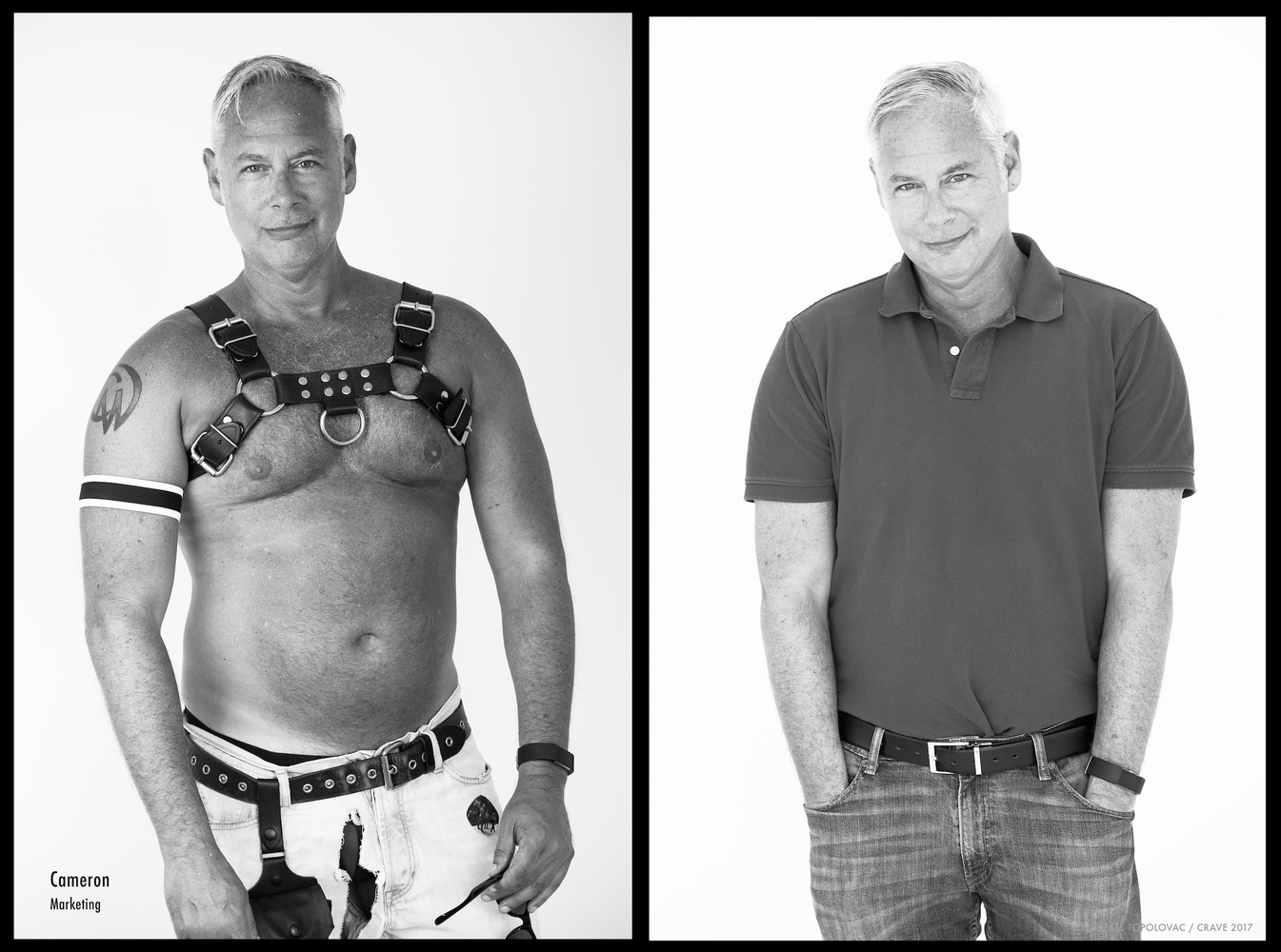 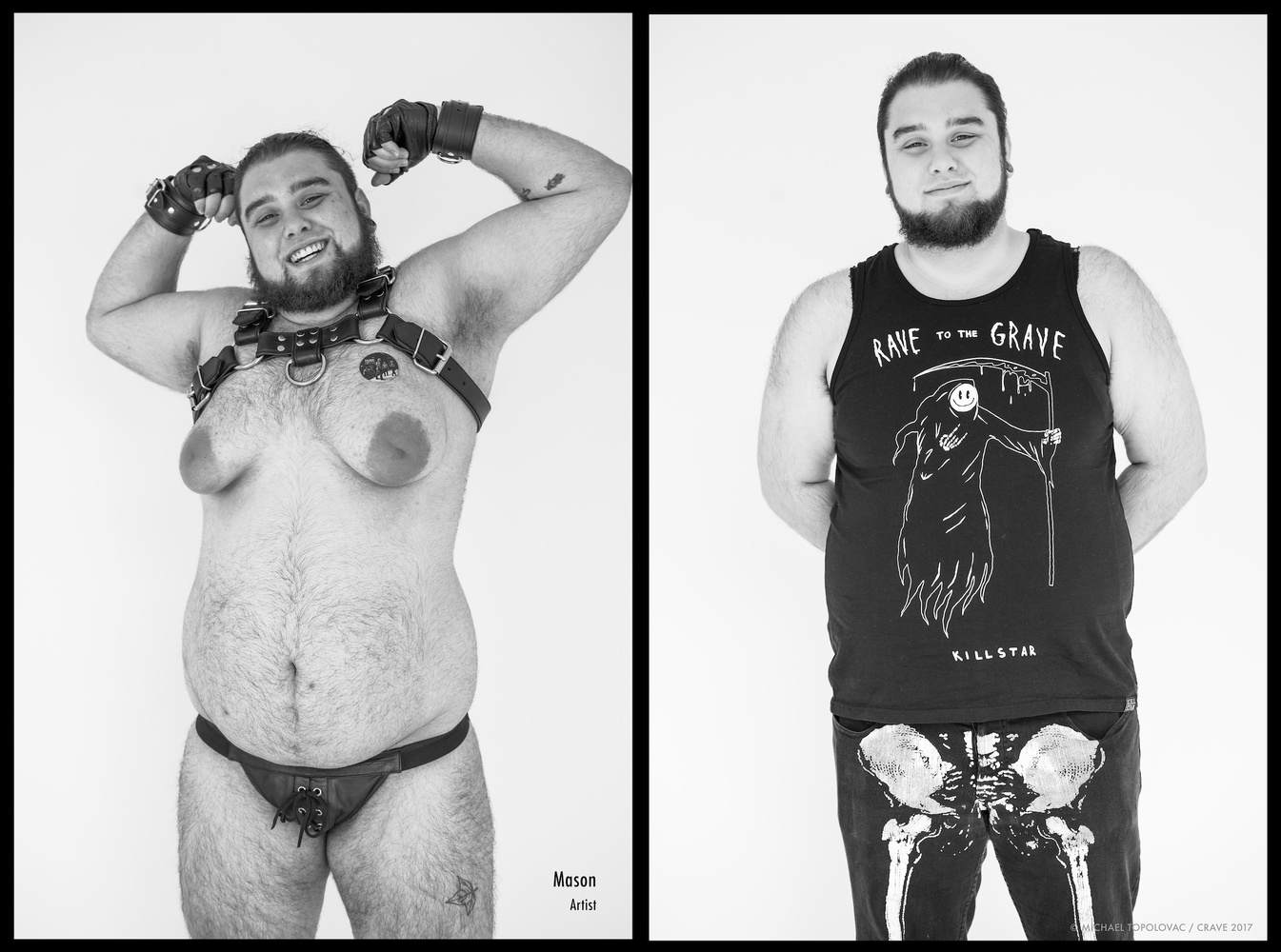 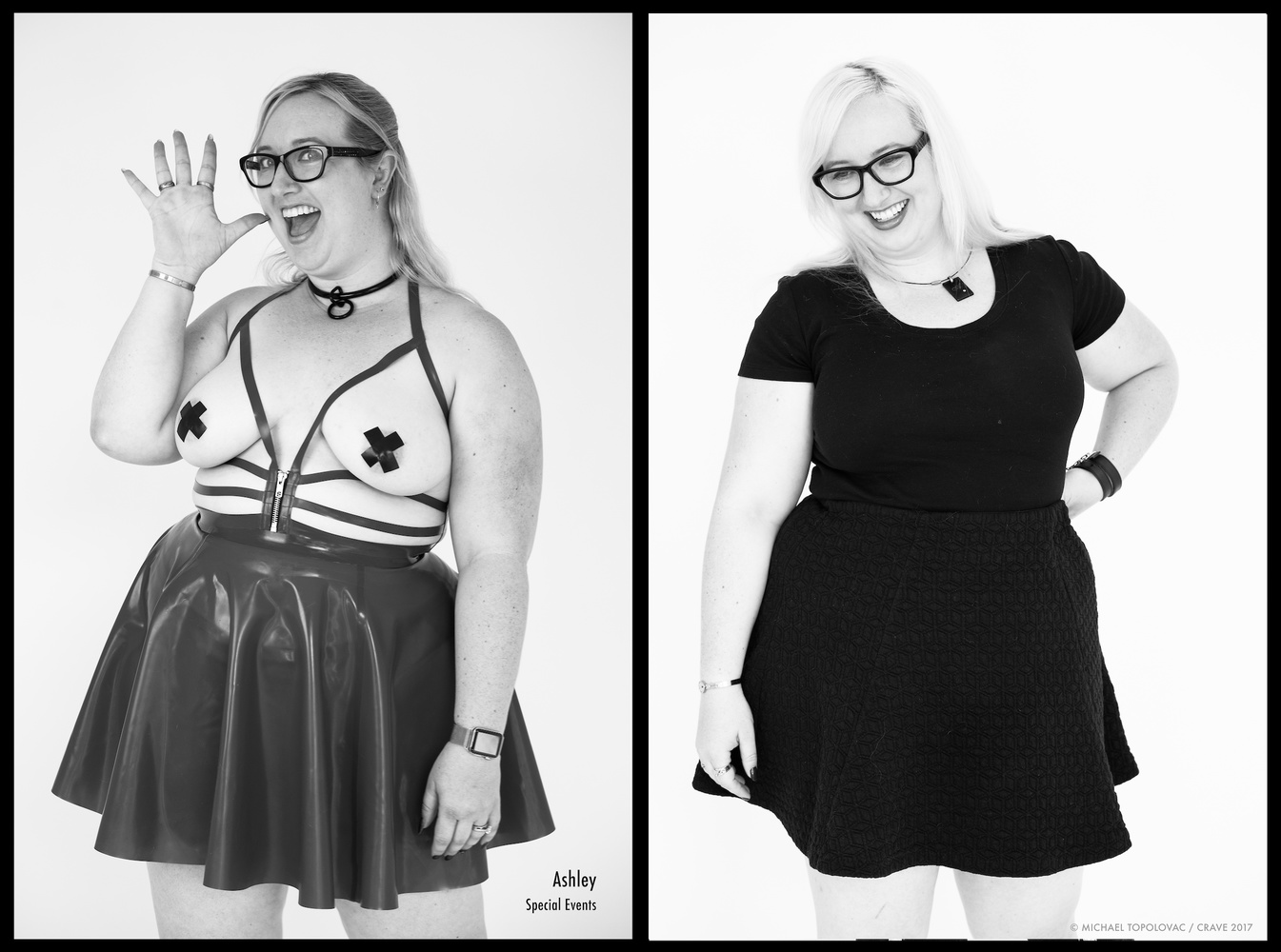 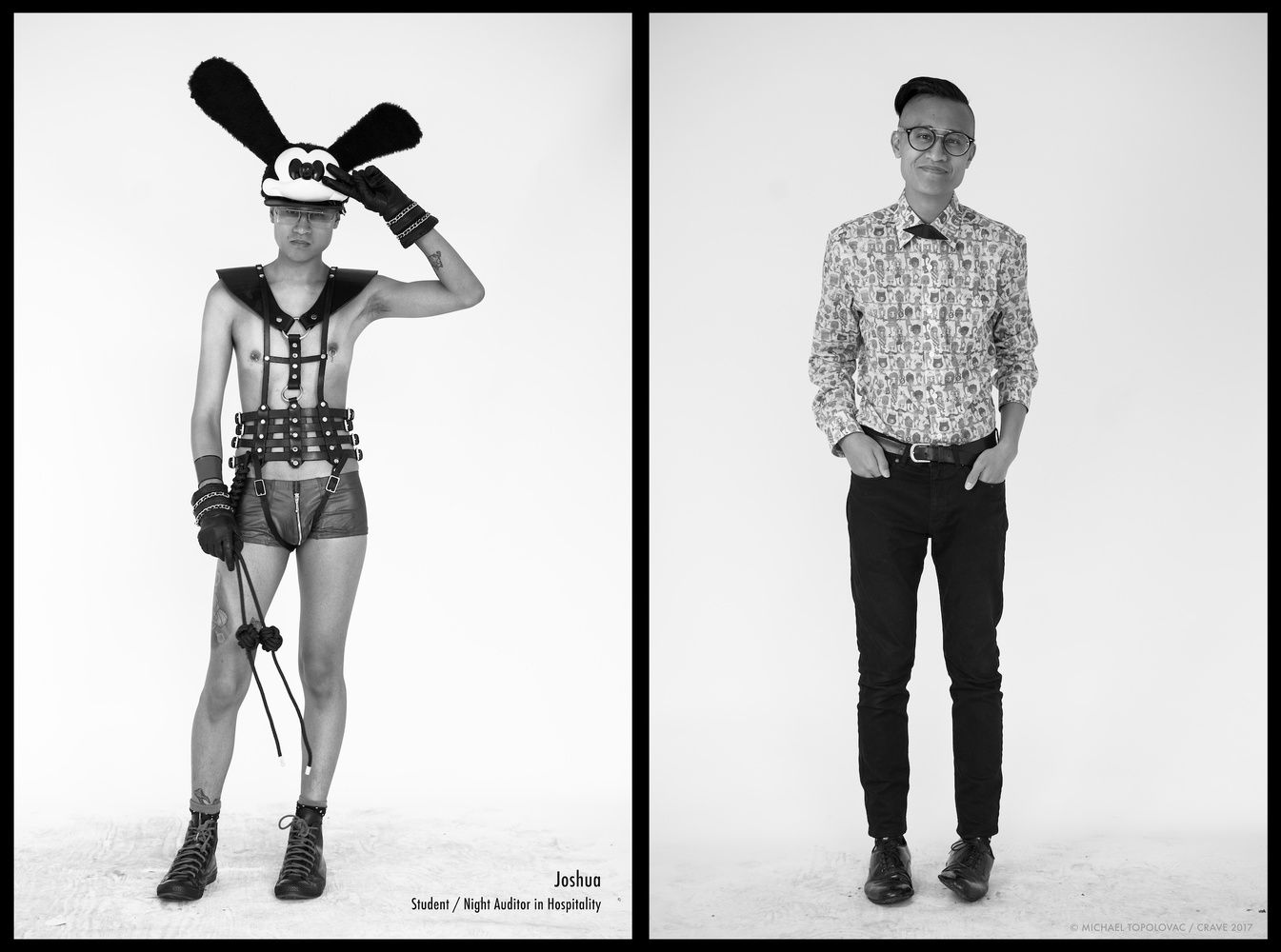 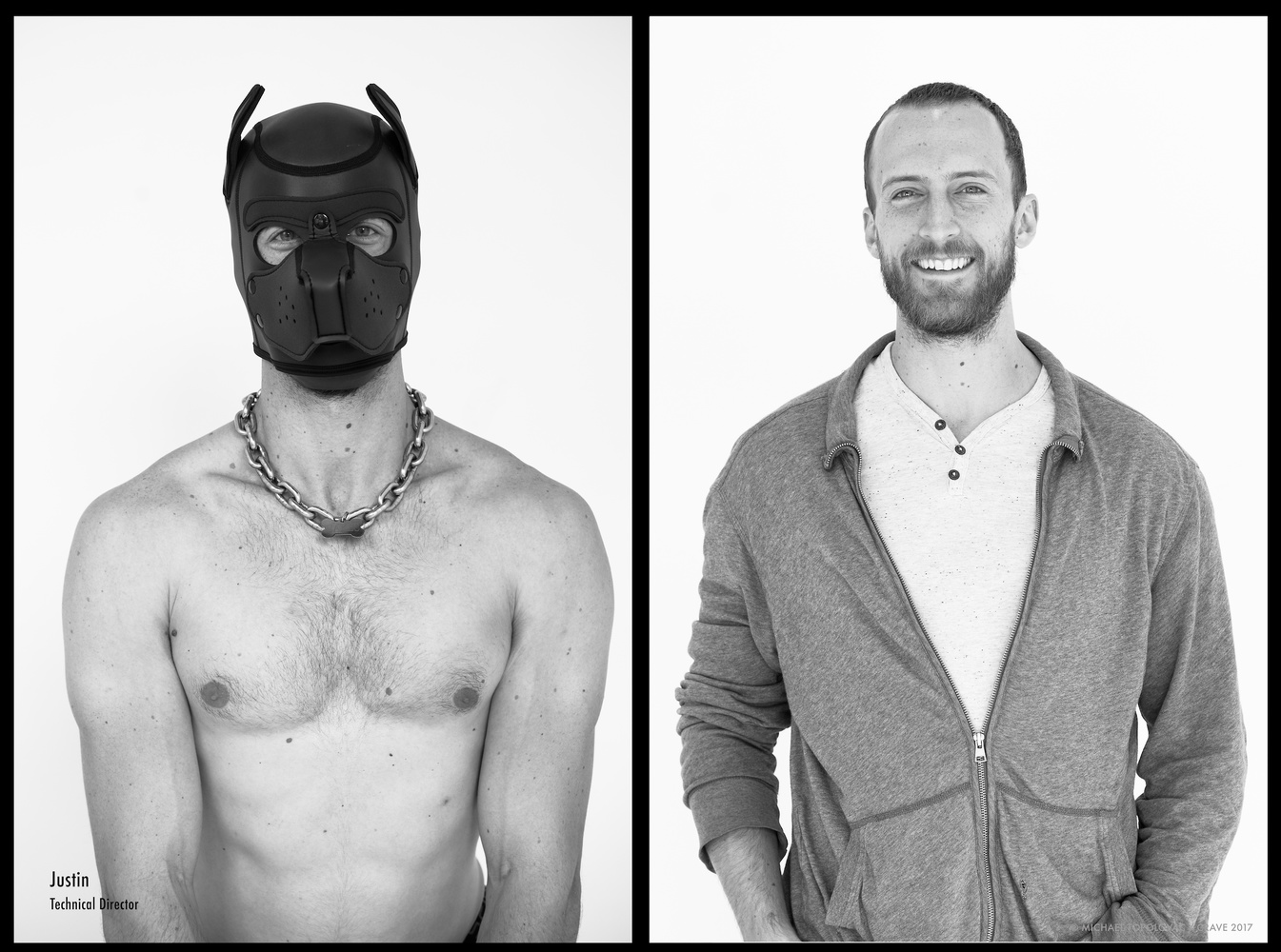 All photos copyright Michael Topolovac/Crave, and used with permission.

I'm going to to out on a limb here and say that I didn't get the vibe that the point was to make the subjects look sexy. It appears as this is a series on culture and how everyday people can have a kinky side. Photography like this is supposed to be thought provoking more than traditionally beautiful.

This would be a good theme for prom night

I shouldn't have clicked on this. I won't be able to get that guy's areoles out of my head for a few hours.

What a wonderful concept that makes you wonder if even your seemingly "normal" neighbors are into some crazy shit in the bedroom.

Hey, as long as it’s consensual and they like it.

Are you referring to a rapist?

Yeah I don't get it either. But hey, what ever tickles their pickles i guess.

I like the British writers because I usually have to look up a UK slang term they use, and that makes me smarter. - I.E. Punters