This week, instead of 10 lords a leaping, we have the rather more useful and edifying 10 most inspirational photographic quotes. But which photographers were as good with words as they were with pictures?

Everyone likes a quote, from the after-dinner speaker, best man at a wedding, and political commentator to inevitably, the knowledgeable photographer! Quotes serve a purpose, as they provide a pithy one-liner that conveys explanation, reaching beyond the few words that they are comprised of. Or, as the dictionary would say, "concise and full of meaning." So, here are my top 10.

Erwitt is a wordy photographer, renowned for his documentary work, with a particular panache for adding humor. Take a look at this YouTube video if you haven't seen him speaking, as he has a wonderful way of presenting life and seeing the funny side of just about any situation. When you realize this, his words make even more sense. The scene you are presented with is one thing, but how you present it is something else. Observe the world around you and become adept at seeing, not just looking.

Your first 10,000 photographs are your worst.

Cartier-Bresson needs little introduction as a master of street photography and the original proponent of the "decisive movement." His imagery shows a photographer adept at working in real-time, documenting the scene, and anticipating what is going to happen. However, the decisive moment was about conveying what has happened and what will happen. It takes skill to achieve such a level of competency; however, there was no innate talent to his ability. Rather, it takes practice, something Cartier-Bresson was trying to convey here.

The quote is also strangely prescient of Malcom Gladwell's Outliers, which proposes that true, elite, skilled mastery (such as playing the violin) takes about 10,000 hours of practice. Matthew Syed went further in Bounce and said that this practice must be "purposeful," at the edge of your ability. There is no spray and pray here, so take Cartier-Bresson's advice, and create 10,000 meaningful photos. Now, that is some 365 project!

To consult the rules of composition before making a picture is a little like consulting the law of gravitation before going for a walk.

Weston was both a highly accomplished photographer and skilled technician. He worked proficiently with the camera and in the darkroom and was a key member of the f/64 Group, who refuted the pictoralist notion of soft focus, instead promoting "real photography" with sharp focus and wide depth of field. He was therefore no stranger to working technically, yet his method was experimental, using the simplest of objects. He was a man who sought images you could lose yourself in — a beauty of form, with delicate tonal gradations. And so his mantra is really about experimentation. Composition provides a structured framework: don't think about it, and then, see what you can and can't do as you work your idea.

The eye should learn to listen before it looks.

There's nothing like a mixed metaphor to confuse the situation; however, Frank purposefully uses this to grab your attention and then get you to think about it. We might have expected him to say: "the eye should learn to see before it looks;" however, seeing is akin to hearing, the simple registering of light and sound. Listening is actually taking the time to understand what is being said, absorbing it, and responding to it. In this context, Frank conveys a powerful message: you can't present a photo until you understand what is being shown to you. The message is everything.

There is nothing worse than a sharp image of a fuzzy concept.

Another member of the f/64 Group, Adams sits head and shoulders above the industry in his many accomplishments. Also a highly technical photographer and darkroom technician, he was more straightforward in his writing. Concept is everything. Having a message and presenting an idea as a successful image delivers a message to the reader. No amount of technical prowess can save it. Great equipment does not make a great photographer.

Veteran National Geographic and Magnum photographer David Alan Harvey is known for his reportage and street work, along with a number of award-winning books. In short, his career is built on the currency of storytelling, baring his soul with an honesty that reflects the subjects he shoots. He therefore goes straight to the nub of what photography means to him: feelings. Don't just look at what's in front of you; understand how it makes you feel, and reveal that to the viewer.

Photographers mistake the emotion they feel while taking the photo as a judgment that the photograph is good.

Winogrand was almost the antithesis of Cartier-Bresson's precisely timed "decisive moment." It would be wrong to say that he developed a spray-and-pray methodology to photography (in fact, his technique could almost be said to be a lack of technique); however, he was exhaustive in photographing continually, leaving 9,000 rolls of largely untouched film at his death. His quote also makes you come down with a thud from Harvey's emotional high; just because you were feeling great when you took an image doesn't mean it's a great photo. You need to be reflective, emotionally unattached, and clinical in reviewing your work.

All the planning, intuition, technical prowess, and knowledge, as well as the trust and rapport you have (or haven’t) established will show up in the picture, frozen forever.

To be a professional photographer, you need a minimum level of technical ability to use the equipment you have and understand its capabilities for achieving a particular artistic output. Heisler's 50 Portraits is a wonderful example of a top pro putting together his portfolio for general viewing but then telling you four key pieces of information: the artistic idea, the technical achievements, how the shoot unfolded, and the end result. The first three elements are critical to the final production; the way they interact ultimately determines what this is. Heisler's quote is a reminder that no matter how good your idea and production is, you actually need to work with your subject to create the final product. That collaboration will be visible for all to see.

The two most engaging powers of a photograph are to make new things familiar and familiar things new.

Thackeray wasn't a photographer, but as is so often the case with quotable quotes, he was a novelist. While this quote feels fresh in today's contemporary, Instagram-inundated, social media whirlwind, it actually dates from the 1800s. Photography caused as much of a stir then as it does today, and what was striking for Thackeray was its ability to represent the world in new ways, bring insight and understanding to things you might not have come across before, and reveal new details in those things that were commonplace. Photography is a universal language, opening the floodgates to non-stop chatter, which means you do need to think about the message, but don't just roll out the same old tropes we hear everywhere; find something new to say. 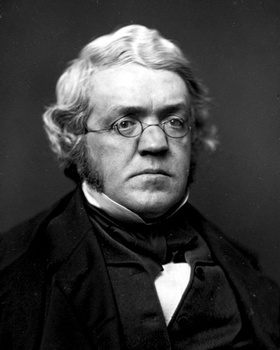 There is only you and your camera. The limitations in your photography are in yourself, for what we see is what we are.

Haas was a contemporary of and collaborator with Inge Morath, the photographer to her writer before she took up photography! As a photojournalist and member of Magnum, he was concerned with the world around him and often worked in difficult situations with limited resources. Not surprisingly then, he saw the main constraint to growth as a photographer as the photographer themselves. There is only you and the world you inhabit; use your abilities to show your vision of the world. The possibilities are limitless. 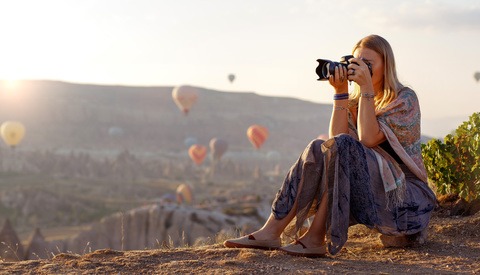 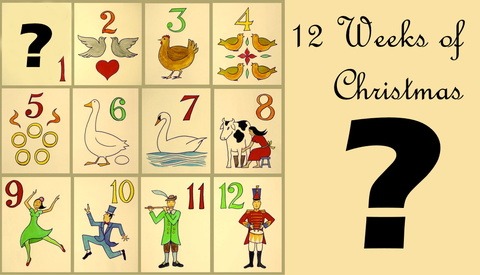