And Now It's Gone... The Strange Fascination of Disappearing Photography

You take out your camera, shoot a photo and like it. After a little post-processing you print two copies and send one to a friend. In a Mission Impossible Machiavellian twist, the photo self-destructs once they open it and, at the same time, so does yours.

If this sounds like a photographer's nightmare where an image is valued for the instant it is viewed before being discarded, then it is. And not just discarded by the viewer, but discarded permanently, never viewable again. Enter the world of Snapchat where the photo is the principle form of communication that you can add exotic embellishments to. Not only that, but you can Photoshop your face for that perfect look without the need for plastic surgery. Except in a mad modern twist where the imaginary world becomes reality, people are now having plastic surgery to look like their Snapchat filters.

As a photographer I go out of my way to record that decisive moment and, yes, there are times when I will want to share those images on social media. These might be uploaded immediately or after some post-production, but ultimately I want to curate a collection of images that I am proud of either as a photographer or a person.

It begs the question as to whether a disappearing image is worth capturing in the first place. Is the dopamine hit of sending or viewing a vanity-pic a valid photographic enterprise? In fact, why would you want to send an image that disappears? The Mission Impossible take is that it is too sensitive for others to view, either now or in the future, which would appear to support the sleazier side of the internet such as sexting or extramarital affairs. 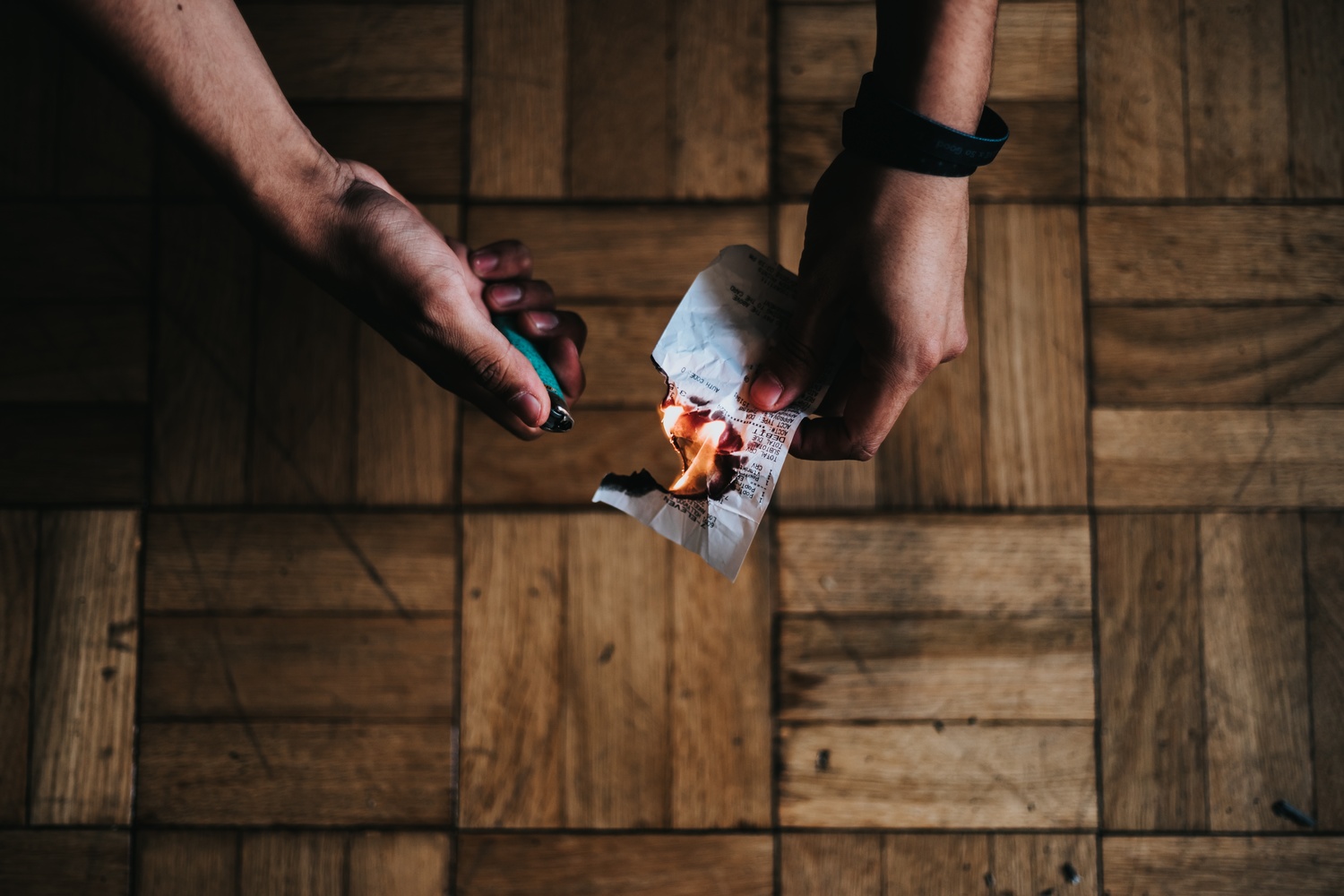 When it's gone, it's really gone!

Yet that isn't Snapchat's target market with potentially two other reasons as to why it might appeal. The first naturally follows-on from sexting and that is anything you say that might come back to haunt you in the future. You don't have to look far to find people who tweet in a moment of pique later to regret their actions. Snapchat mitigates that at least partially by automatically deleting your message. This is also a good way to be able to avoid targeted marketing. Facebook and Google know far more about our actions and preferences than we might be comfortable with if we knew the extent of it. Snapchat bypasses that information vault on our lives.

From a philosophical perspective, as photographers we discard virtually all potential images anyway — it's only the ones where we actually press the shutter button that are saved. Of course, in Snapchat we are actually creating them and spending time processing the image before sending and deleting them. This seems to be the antithesis of Instagram which is far more about creating a portfolio of imagery, albeit with an equally short shelf-life.

So where is the appeal in disappearing photography? As a community, do we see this as a viable future? Or is it purely a mainstream phenomenon that has little relevance to us? Ponder this for a moment though: if you had just taken a photo you really liked, would you be happy to delete it immediately after viewing it?

First of all, if you take a photo that you really like then save it, add it to your portfolio, Instagram or any other social media app you use that doesn't delete the photo. Why go through all the hassle of posting it in Snapchat then complain about it getting deleted shortly after?

Not a big fan of Snapchat but I can think of a few uses for it, not just for extramarital affairs, as the article mentioned (and that's so sad, btw). On a personal level, instead of just saying to your friends/relatives through text what's happening in the event your in, show it through photos/videos. Sure, you'd want to save some of those, but not all of it.

As an artist, you could go and use it for supplemental materials for your main content.Post a photo or a quick video of the location you're currently in then find a way to link it to wherever your final image is posted. I think it's no longer a secret that if you want to get as much exposure as possible then be in as many social media platforms as possible and post as much content as possible as well.

You could spend time thinking of something appropriate to say in a moment, craft the delivery in your mind, speak them with thoughtful cadence and intonation, and unless you have a microphone in front of you recording it, that effort will disappear into the ears and mind of whoever happens to be listening at the time. The vast majority of our communication consists of an experience that we put in active effort toward curating and exists only in a particular moment, destined to be lost to history.

If you get away from the notion of photography as a human artifact and view it simply as a mode of communicating ideas, it's really not so different from self destructing text messages, the spoken word, or the numerous real life interactions that we have which are not recorded and archived. This was not really possible in an age where the photograph was represented by the physical artifact of the negative and print, but in a world where photography exists as bytes of data, it's a new possibility that has opened up to us.

I don't think that it's just a mainstream phenomenon that will fade away. I think that it's culture embracing the ability afforded by our technology to consolidated ideas and transmit them in an efficient manner. The saying is that a photograph is worth a thousand words so does it make more sense to send a photo that is destined for the digital garbage bin or write a thousand words that are destined for the digital garbage bin once consumed? Whether it's photography, emoji, video clips, memes, GIF's, etc., we are using the resources available to augment our ability to communicate and even if the communication isn't archived, the purpose was served in the delivery of the message to its intended recipient.

Disclaimer: I don't use snapchat. I don't think people are using it to share photos they really like. It's what the name entails: snap-chat. Like words - images there are supposed to perish. I think younger people part from a different point of view: they are born into the world with overload of visual information (thanks to the Internet) - they don't consider it necessary to save every moment, every image. It's us who are hoarders. ;)

Looking for an action or "how to" to get the dispersion effect in the photo above. Any help here?

I always think there is something sinister about Snapchat . Like a lot of social media it’s used as much for social exclusion as inclusion. People think it’s safe to put anything on it but it’s easily captured and shared. This leads to worry and panic amongst young people who’ve done something stupid and it’s been shared. Snapchat has been engineered for that type of online bullying and hatred