Is the Future of Smartphone Photography Bright?

DxOMark awarded the Google Pixel 2 the top smartphone stills camera award with a score of 99. Now that's a DSLR beating score. Or is it?

There's no denying, smartphone cameras are on an inexorable rise. Gone are the days when Sharp introduced the J-SH04 with a 0.1MP resolution camera so that you could instantly message your images. We're in a war — a megapixel, aperture, and post-processing war to produce the best consumer imagery possible in phone.

This has metamorphosed the opposing camps of in-camera and in-post so that there is no longer a division — it is both in-camera and in-post. What's more, it's largely performed via presets. In fact, talk to a smartphone user and it's likely they will consider photography to be: point (often at one self), click, tap (to process) and Instagram Facebook or Snapchat it. That is photography.

It may well be that the sheer exposure to a vast number of consumer images will change the subconscious of what we now believe to be a "good" image. Society will control what is considered acceptable — just wait for that pro 'tog offering "shot on iPhone" weddings as a package choice, rather than as a specialist one off. Of course the Achilles heel for smartphone cameras is sensor size. Larger sensors offer better low light performance (due to larger pixels), better bokeh, and better wide angle performance.

Let's take those in reverse order. Firstly, sensor size affects crop factor such that equivalent focal lengths means that a larger sensor will have a wider field-of-view. Of course the reverse is also true meaning that smartphone cameras can adopt relatively shorter focal lengths to achieve a useful field-of-view while maintaining a highly pocketable size.

Secondly, crop factor also affects the depth of field (DoF). Use any DoF calculator (my Android favorite is Hyperfocal Pro) to see how smaller sensors have much bigger DoFs, which conversely means that bokeh, and the quality of bokeh, tends to significantly improve with larger sensors.

Finally, low light performance is frankly poor for smartphone sensors. Shot noise is inversely proportional to sensor size (assuming the same quantum efficiency); a smaller sensor means more noise. The class leading Pixel 2 I noted at the beginning has a 1/2.6" sensor which equates to 5.5mmx4.1mm. That's 38 times smaller than a full frame sensor. To put that in perspective, the last time a compact camera had a sensor that small was around 2010 (e.g. Nikon Coolpix L21). And don't just take my word for it, look at the two shots below which show individual pixels (100% zoom) from a Nikon D700 and LG G5. The level of noise from the raw imagery on the smartphone is agonizingly painful. 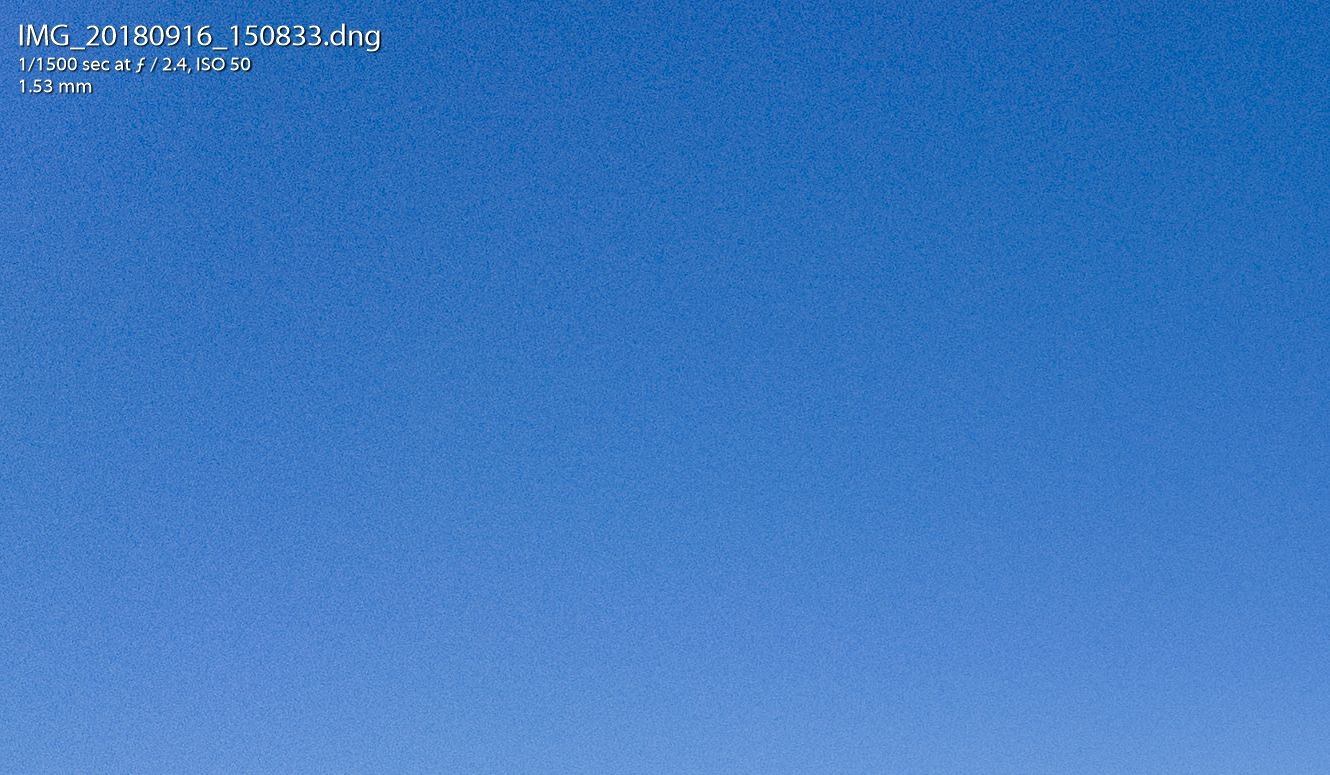 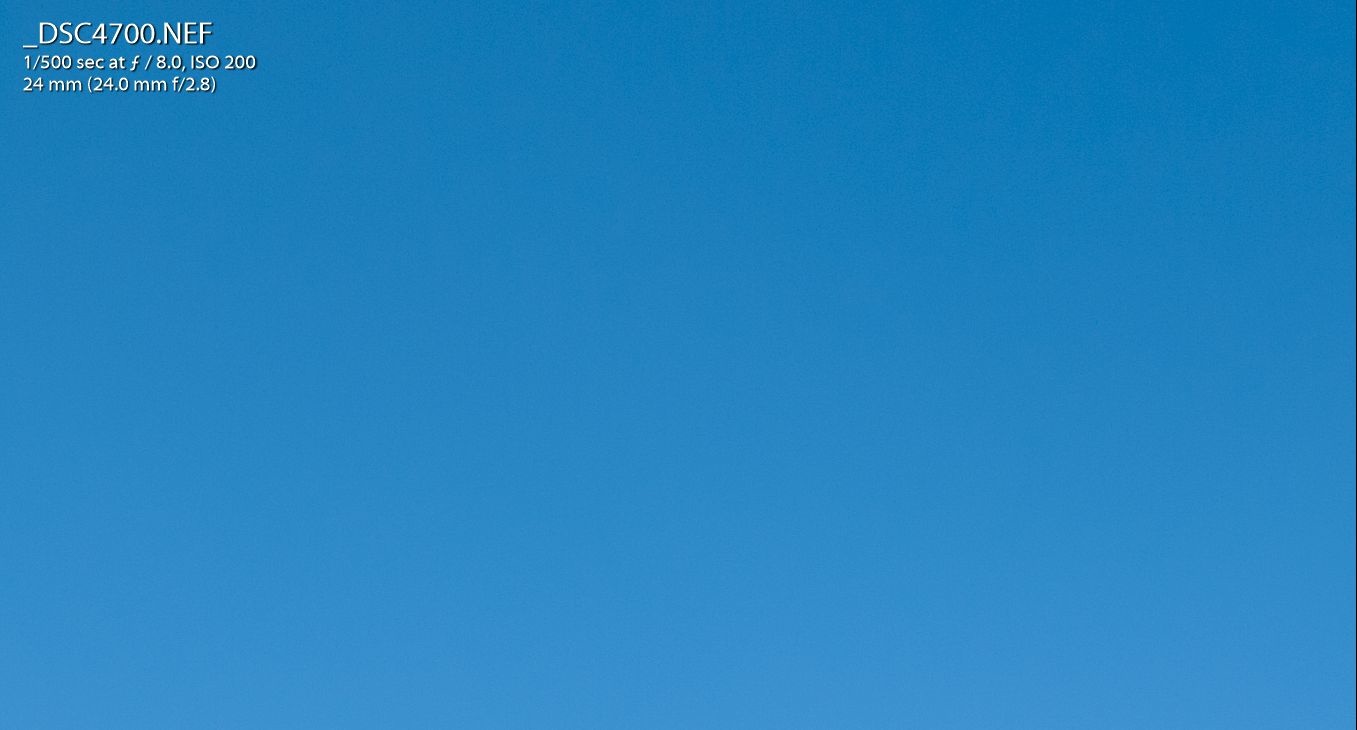 Of course, smartphone manufacturers know they can't compete with the larger sensors in a camera, but they do have a range of strategies to make up for this shortfall. In terms of field of view and wide angle, LG have introduced several phones with 11mm equivalent focal length cameras. A limiting factor here is lens design and notable partnerships have been struck with specialist manufacturers, such as Huawei and Leica.

However it's the last two areas where manufacturers know they struggle when shooting in-camera, which means leveraging the benefits of computational photography to achieve better results. We are now on to second generation devices that simulate bokeh (such as the iPhone's Depth Control) and they are increasingly authentic. For dealing with noise, the most common approach is to combine multiple shots to produce the best single image. Just look at the upcoming Google Pixel 3 offering computational raw files, where in-phone processing directly produces a DNG file.

We do need to remind ourselves that smartphones aren't trying to produce the best possible images, but rather the best possible looking images for low resolution (a nice example from the Northrups). As soon as we start pixel peeping the deficiencies become glaring. That doesn't matter if you are shooting for specific media where you can't see the work-arounds. If there's an adage to work by for smartphone photography, then it's almost certainly don't crop in. There's a reason why they need all those pixels.

However if smartphones can achieve such startlingly good processed results, then it raises the question as to why traditional camera manufacturers can't. Yes, there is in-camera manipulation such as Nikon's Active D-Lighting, Fuji's raw processor, or Sony's panorama, but they're weak imitators of what Samsung, Apple and Google are achieving. In short we need cameras to offer fully computational platforms.

As a photographer, post-production is an equal part of the photographic process, so if this can be moved closer to the actual act of image capture then you can begin to take advantage of automated workflows to achieve outputs that are otherwise difficult. The platform is likely to be, at least initially, Android. In fact, Android cameras aren't new and have a history dating back to at least the 2013 with the Nikon Coolpix S800c and culminating in the rather good Samsung Galaxy Camera NX which used an APS-C sensor. The cost, functionality and performance weren't quite on a par with the best of the rest. In fact the reason they used Android wasn't as a computational platform, but a social media platform. The incorporation of WiFi, Bluetooth, and NFC by traditional manufacturers has largely negated this benefit. In short, users didn't see significant enough benefits to switch to a different platform, hence Samsung's subsequent change to the also very good NX1 which used a traditional form factor.

However I'm optimistic and excited about the Zeiss ZX1 because the incorporation of Lightroom shows the direction of travel. It might not be the camera that makes the breakthrough, but it is a statement of intent. Is computational photography the future? Will we see a proliferation of startups specializing in algorithms for an open camera platform that can take advantage of on board processing to produce computational raw? Or do Nikon's Z7 and Canon's EOS R mark the traditional camera's future?

Interview / October 12, 2018
Developer Interview: Writing a Camera App for Android, Part One
Log in or register to post comments
5 Comments

Maybe differentiate between every day normal guy and photographer/enthusiast?

Phone cameras are so much easier and convenient to use. And to view on the phone they are good enough. I walk around with my camera, but sometimes you just want to take a quick snap without putting any thought or work into it. And every time again i'm surprised about the results the "old" iPhone 7 produces (under the right conditions of course, you cannot use it at night).

Lets assume i want to shoot a panorama.
With the camera i have to take 10 shots, they need to be lined up, i need to import them, stitch them and put some more work into it.
With the phone it takes about 10 seconds and the picture is ready to be shared with my friends.

Does it look amazing on a 26" screen or printed out? Probably not. It's also not without faults.
Does anybody see that on their phone? No. All they see is a pretty cool panorama.

I did it just this weekend and got several replies how awesome that particular photo looks.

But if i really want to take an image of something that i want to look good, then i'll use my camera any day. It's just little bit more work, but in the end it's worth it if i got the base image right.

Frankly, I can understand some benefits having larger software embedded into photocameras, but I work in IT, and already see the how lame theses devices will rapidly become...

Thoses devices will be connected to the internet, with everything open to get a zombie device acting in a botnet in an eyeblink.
So no, sorry, but I really don't want a crap system, having to connect and update it lousy firmware in order to dodge the native IOT security failure by design, when it is possible. And imagine how fast those device will become obsolete and useless. Need to change the bodies every 12-24 months ? seriously, you think this is innovation ? No, it is just an obsolete and suicidal ill-brain consumer behaiviour...

And for what benefit ? having the ability to twiddle raw exposure, get a notch of DR ? croping ? other maintream filter presets ?
Hey, just give us better onboard jpeg engine (we already have excellent one) and tada, you are settled for good.
And if that is not enough, because that photocamera is not working like a smartphone, just stop thinking and keep using that smartphone that already do far more than what the proud is making you believe of.

And what ? AI powered device will give us what ? same copycat as already found on instagram ?
I can even bet the masses could love a smartphone that could pick the best liked instagram shot and past your girlfriend/selfie face into the shot in a way or another, and tadaa "what a pro level shot I achieved' . Sorry, but not for me, thanks.

Don't understand the article as the iPhone XS has 105 points!

I think smart phone photography is fascinating and has huge implications for SLRs and MILCs, and certainly high-end P&S (think RX100VI). Their uber-small sensor requires computational elements to the processing that yields some pretty remarkable results, led by the Pixel 2 and 3. I am stunned that cameras with larger sensors aren't using some of these techniques. Can you imagine shooting with a FF camera at ISO 51,200 and having crystal-clear noise-free results? And it that's too much a stretch, can you at least imagine Pixel 3 technology (for stacking/shifting, not necessarily for its fake bokeh) on a P&S with a 1-inch sensor?

What I really like is that things are moving at light-speed in the mobile camera world, whereas they are moving at a glacial pace in the SLR and MILC world, particularly for us Canon shooters.

Smartphone are getting much better but cause of that still don't get new phone every year. I had the LG 4 for 2.5 years so last week up date with Honor X7 $159 Yes. Im pretty happy because it's a great phone. I believe the $200 budget phones will change the whole view of what it's worth. By the next couple years Huawei , it's going to advanced its AI technology something already pop with 20 Pro release.Honestly Love my Gear especially my Series 1.2 lenses 50 & 85 16-35 II + the 70=200 is II I adore them The 7x it's awesome and only $159.00. Last: Nothing against Apple, Google, Samsung , Sony prices.. and of course the people who spend for LIFE ITS TOO SHORT let's be creative 🤪